There’s a lot to cover in Team Liquid this month, and not in the ways you might think. Take Liquid’s WoW guild for starters. Even though the Blizzard circuit has ended, and the next Race to World First is months away, Liquid still sweat it out in September against Echo in the Xy’mox’s Charity Cache. During the event, Liquid was able to raise $40,000 for ablegamers!


Liquid has also tweeted this cryptic announcement featuring Eiya and robinsongz playing chess, which seems to tease a new 64-square signing on the horizon. Although we don’t know who it is yet, I’m keeping my fingers crossed for Levi “GothamChess” Rozman, one of the most popular chess streamers on Twitch and YouTube. In fact, “keeping my fingers crossed” is putting it about as mildly as I can. I have personally been a staunch advocate for Liquid`Gotham for almost three years now.

In sadder news, Team Liquid said goodbye to Mitr0, and has been allowing the Apex team to field offers from other organizations. It’s not exactly clear at this point whether Liquid intends to leave the Apex space altogether, but it’s hard to imagine Liquid`Apex without Nocturnal and Hodsic.

Liquid also unveiled the beginning of a new YouTube series, Liquid Legends, profiling Captain America himself: Nick “nitr0” Canella. The video follows nitr0’s career from Counter-Strike to VALORANT and back to Counter-Strike again. And the Liquid+ Spotlight for September shone on Midbeast, everyone’s favorite Australian League streamer and #1 Dopa Fan. Midbeast’s Spotlight features a 1v1 tournament that’s coming up tomorrow at 6:00 EDT. And how can we forget the amazingly well-crafted Rube Goldberg Machine used to celebrate the re-opening of the Alienware Training Facility.

Last but not least, Team Liquid launched a giant marketing campaign through September called A Wave of One. The event includes a huge Liquid+ quest-line, half-a-dozen fanpacks stuffed with photo-shoots from five of Liquid’s major rosters across the world, and an incredibly well-put-together video.

I’ll be perfectly honest, I still kind of don’t get what the point of the initiative is. But any excuse for cool content is good enough for me

[Editor’s note: The meaning is right there, in front of you. It’s the same goal that you had when you started making these posts, Tortoise! It’s about unifying the fanbase and getting fans of singular teams interested in TL across the board - AKA getting Liquid fans to follow things that aren’t League of Legends!]

As always, you can check out video versions of Team Liquid news with Joey and the rest of TL;DW:

We made each other worse.

Before 2018, Team Liquid had never qualified for Worlds. In 2012 and 2014, Liquid’s predecessor in League, Team Curse, finished one series short of the last world championship berth. In 2015, the newly-christened Team Liquid won third place in playoffs, but lost the gauntlet finals and the last spot to Worlds.

This isn’t the first time Team Liquid has finished the season on the outside looking in.

But four back-to-back championships, and four straight berths to Worlds makes this year’s failure the most shocking. North America hosting Worlds for the first time since 2016 makes it the most disastrous. Fielding what should have been the most stacked roster in the history of the league makes it the most embarrassing. I mean, Liquid Academy won more prize money in summer than the LCS team did. 2022 was a failure of colossal proportions.

It sucks. It really hurts to lose like that; to miss an opportunity to play on the international stage on home turf for the first time in six years. All that pain is even worse for the players and staff–the people who have lived and breathed this game for the last nine months; who weathered the pressure, the expectations, the abuse all season long, all to come one game short of qualifying in two different series. Steve put it best, though.

“In life, you run into a lot of situations … that you try something really, really hard. You set yourself up with all of these expectations to move your life forward and achieve something that’s important to you. And sometimes that doesn’t work out. That should never, ever impact your will. You fight. You maintain your mindset. You feel the emotion of what happened, but you get back up and you try again. And that journey is what life’s all about.”

I don’t have a whole lot of interest in reliving the games. Liquid reverse-swept CLG, and pushed EG all the way to the edge, but fell short at the finish line, losing the series 2-3. As a result, Team Liquid finished fourth in the LCS, and failed to earn a spot at the World Championship.

Since then, Hans sama departed Team Liquid, as has Guilhoto–the first of an indeterminate number of roster moves going into the 2023 season. Although an interview with Steve provided a couple morsels of information going forward, we ultimately don’t know how much of the team will remain next year. But we’ll be back with a chip on our shoulder, the lessons this year has taught us, and all the fury of a tidal Wave unleashed. 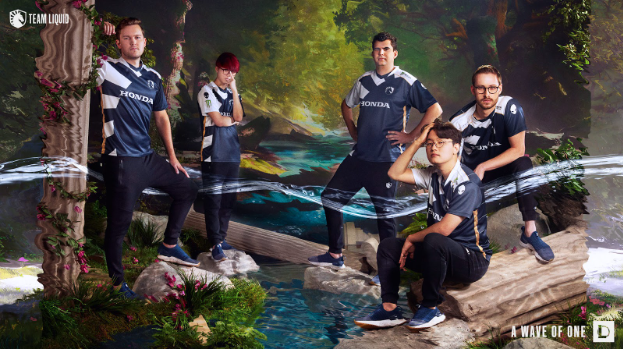 Rise and fall; win and loss. We did it together.

Meanwhile, at the big international event for the other Riot game, Liquid recovered marvelously from its initial loss to Leviatán. Against Chinese squad EDG, Liquid sweated out a tight 14-12 overtime win on Breeze after dominating them on Bind. With elimination on the line, Liquid stepped up against the silver medal team from Copenhagen, Paper Rex. Game one on Haven went the distance, with both teams trading blows the whole way. Liquid eked out a 15-13 win in overtime, but then got completely ruined on Pearl. Since Liquid played the Last Chance Qualifier with Split still in the map pool, the Cavalry didn’t have much practice on the new map, and it showed. With everything on the line in map three, the Belgian Brothers ScreaM and Nivera, along with Finnish phenom Jamppi popped off on Ascent, winning the map and the series, and pulling Liquid through to the playoffs.