It’s officially July. The end of Pride Month and the start of the muggiest, nastiest part of Summer.

As the rainbows get washed away in the heat and the flags get tucked behind our desks, I often think about Pride and why the month really makes me feel proud to be unapologetically queer. Sure, I enjoy being able to put on extra glitter around my eyes and dig out that one outfit reserved exclusively for brunch meetups with my gay friends, but behind the theatrics and colors lies a much deeper meaning: belonging.

As everyone knows, Pride (the holiday) happens during the entire month of June, but a quick scroll of social media and a discussion with queer friends will tell you that being part of the LGBTQIA+ community is an everyday thing. People are queer 24/7, and one month just isn’t enough time to celebrate that. Interwoven in our communities is a vast number of people who deserve to be noticed and welcomed beyond the corporate calendar walls, and we thought it would be great for us to make a wall of our own–more specifically, a mural.

In the last couple of weeks, we had this wild idea to create a mural symbolizing our community of Liquid fans coming together with their creativity, but also standing in solidarity for our LGBTQIA+ friends. How did we do this? We created a blank tile template of our favorite mascot Blue and asked fans to put their own spin on it. They were free to design Blue however they saw fit before submitting it to us. After receiving a whopping 153 submissions, we were astounded and knew that this mural was going to be something unforgettable. 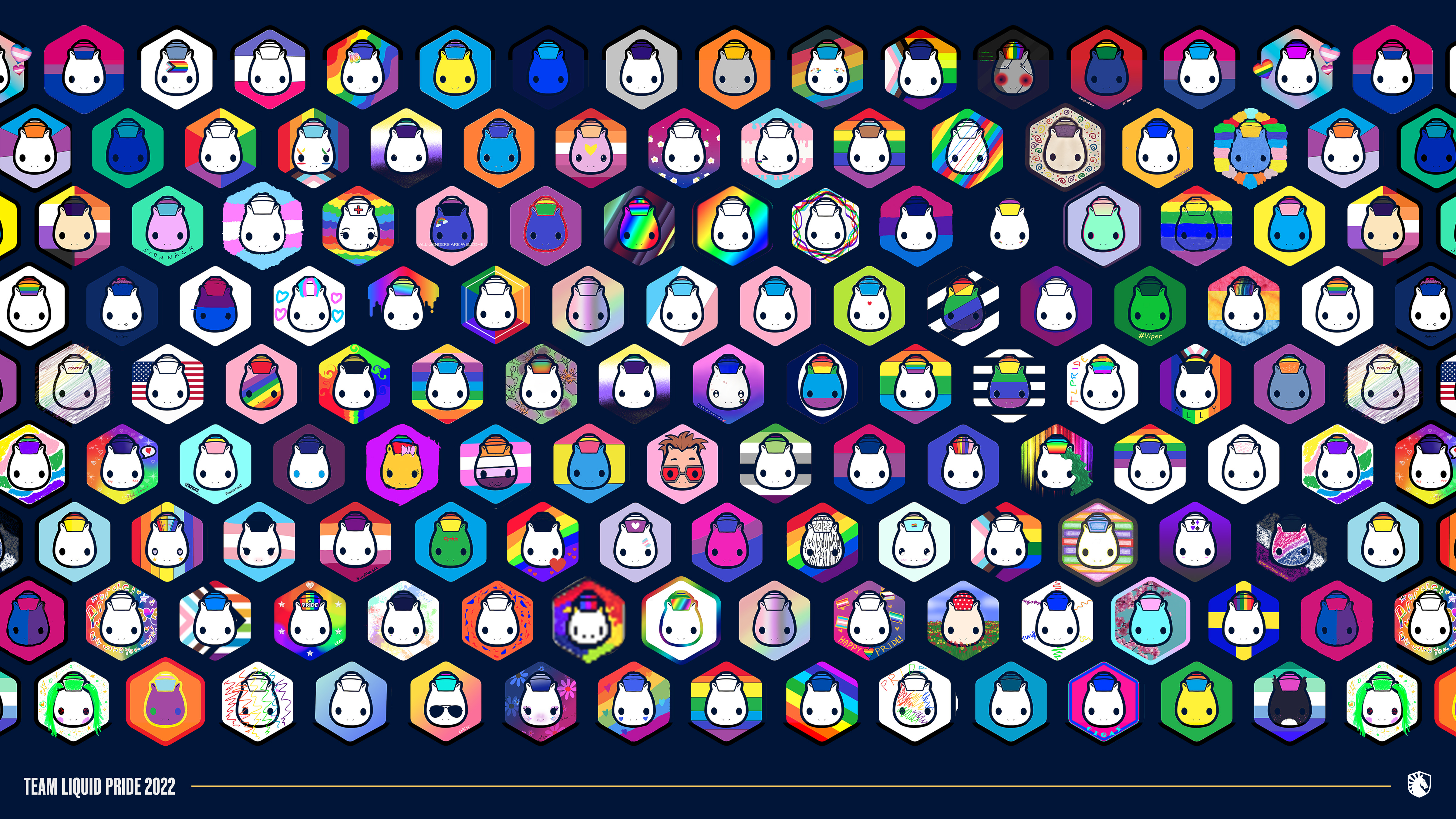 (Be sure to open this image in a new tab so you can zoom in and see each tile!)

When we put this request together, I didn’t know what to expect. But I really didn’t expect to get over 150 submissions, a great deal of care and creativity behind so many of them. Internally, I worried that the single tile, the one format wouldn’t leave enough room for expression. That it would all feel very boxed in and samey.

I guess it is a testament to the community and to queerness that we find a way to vibrant self-expression, within and without the lines. I’m tempted to lie and say that I planned the metaphor, but really, y’all wrote it up better than I could’ve! I know that this is already sounding too self-congratulatory - Liquid staff praising Liquid community - but I sincerely recommend bringing the image out in its own tab and taking a look. So many individual tiles look so colorful and so creative! It really does do my queer little heart good.

Since the mural was made by the community, it only fits that it belongs to the community. In that spirit, we’ve also made the mural into a fan pack: basically, a banner for Twitter and a background for your desktop and phone. That way you can carry the mural with you! Or you can just, like, look at it whenever you want. Either way, pretty cool.

Get your fan pack here!

The fan pack and the mural will be here all year. Because even though Pride ends in June, LGBTQ+ get-togethers and communal events go on for as long as there have been LGBTQ+ people. So, always.

Likewise, this year, we’re hoping to extend the queer content out a bit longer and more gradually. Much as the mural is a really nice show of community and solidarity, we know that we could do more and we hope to. Honestly, I don’t think we’ve yet fully lived up to what Vivian and many others did last year, in organizing PRIDEmakers - a hackathon with a strong LGBTQ+ theme and panels to boot. And as the battle over LGBTQ+ rights (and more broadly, human rights) escalates we should do more - not less.

So, if all goes right, we’ll have more to share along the way to the end of the year.