Liquid Entertainment, the totally real and not fictional music agency, will be debuting their new group, Team Liquid BR, on January 9th, 2022!

These players know how to keep their rhythm and their focus, dominating the VALORANT scene with finesse. Previously known as Gamelanders Purple, they’ve competed in many local tournaments, earning their place as a top team in the Brazilian VALORANT scene. Coming off of their recent win at Protocolo: Evolução, ES.Liquid are now looking to compete in VALORANT esports on a global level.

“We are so incredibly excited to have Team Liquid BR as Liquid Entertainment’s newest debut unit. They have worked incredibly hard on fine-tuning their skills and are ready to show the world just what they’re capable of.”
Steve Arhancet, Co-CEO 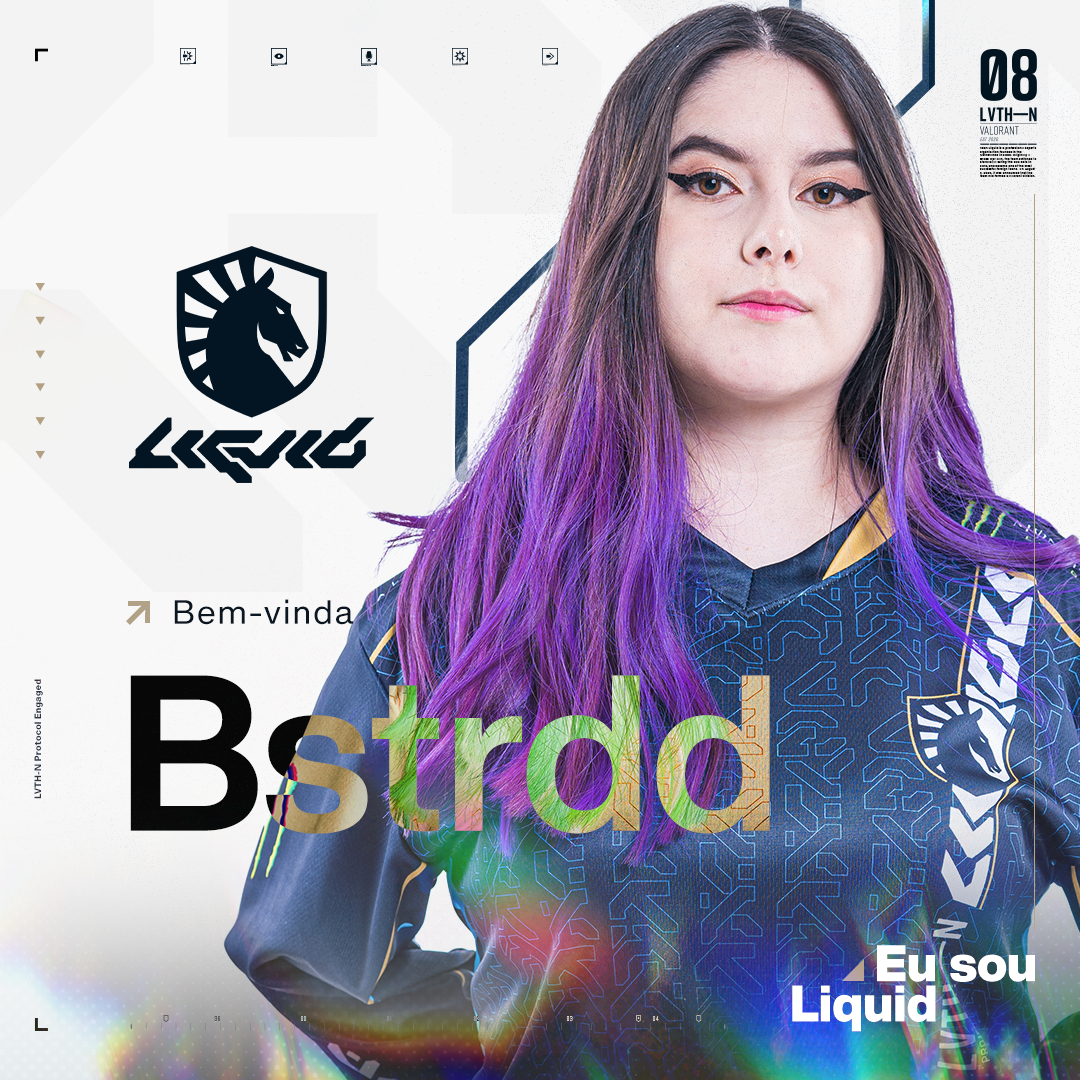 Paula “BSTRDD” Naguil got into gaming when she was 10 years old, when she first learned about games like Counter-Strike 1.6 and Resident evil. She started playing VALORANT because of its similarities to CS:GO, her favorite game. It was the animation, colors, and ability to wield powers that drew her into the Riot title. Around the same time, she began streaming as a hobby and regularly plays VALORANT on her Twitch account.

Yes, I studied at the University: Pontificia Universidad Católica de Chile (the best university in Chile). I chose Civil Construction and should be doing my third year. I chose it for money and this year I realized that it is not my thing and I am going to leave.

Pasta is one of my favorite foods, and you said that it’s yours too! How do you like your pasta?

I love pastas with cream, cheese and tomato!

I’ve heard that you have cats! Tell me all about them.

I have 4 cats, their names are: Pepi, Gordo, Felix and Cucha. My cats are not purebred.

You’re a very stylish person on your social media. Is fashion something that you’re interested in?

I love fashion, for years I have loved expensive clothes and my dream is to be able to wear whatever I want. 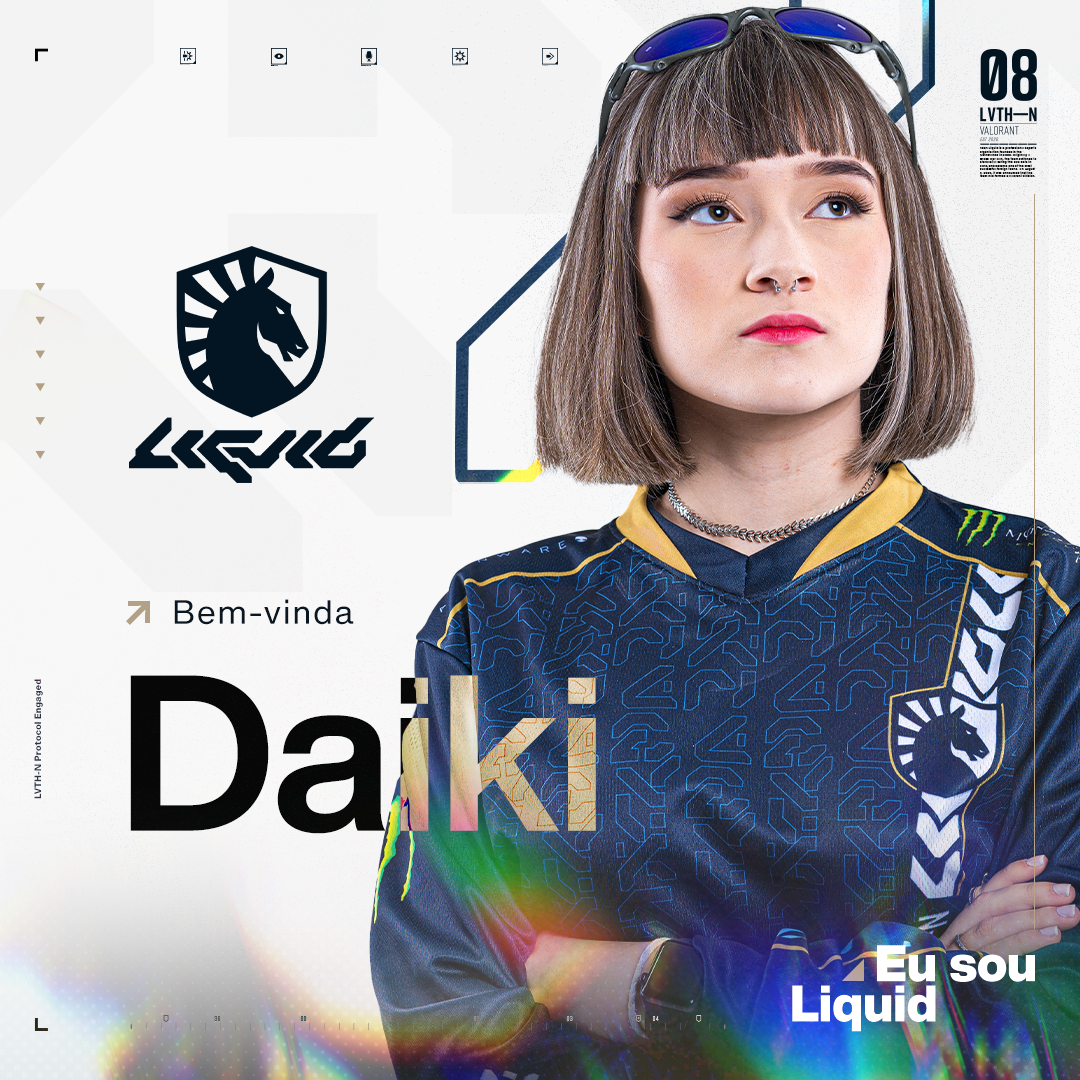 She used to draw as a hobby, and now her artistic skills can be seen in her gameplay. Natália “DAIKI” Vilela started playing CS:GO a long time ago because of her brothers, and from there she fell in love with gaming. The different skills and mechanics of VALORANT are what drew her into the game.

One of her biggest dreams is to be recognized for her in-game potential, which she has shown time and time again both in competitions and in her Twitch streams.


Did you go to university/college? If so, what did you study and why did you choose that major?

Not yet, but I studied I.T. at highschool because of my brothers, all of them are developers.

I have, currently, 5 pets. 4 cats (lili, pantera, leonardo and jorge) and 1 dog (kelly). All of them are without breeds.

Is there anything that you'd like people to know about you? It can be related or not related to gaming. 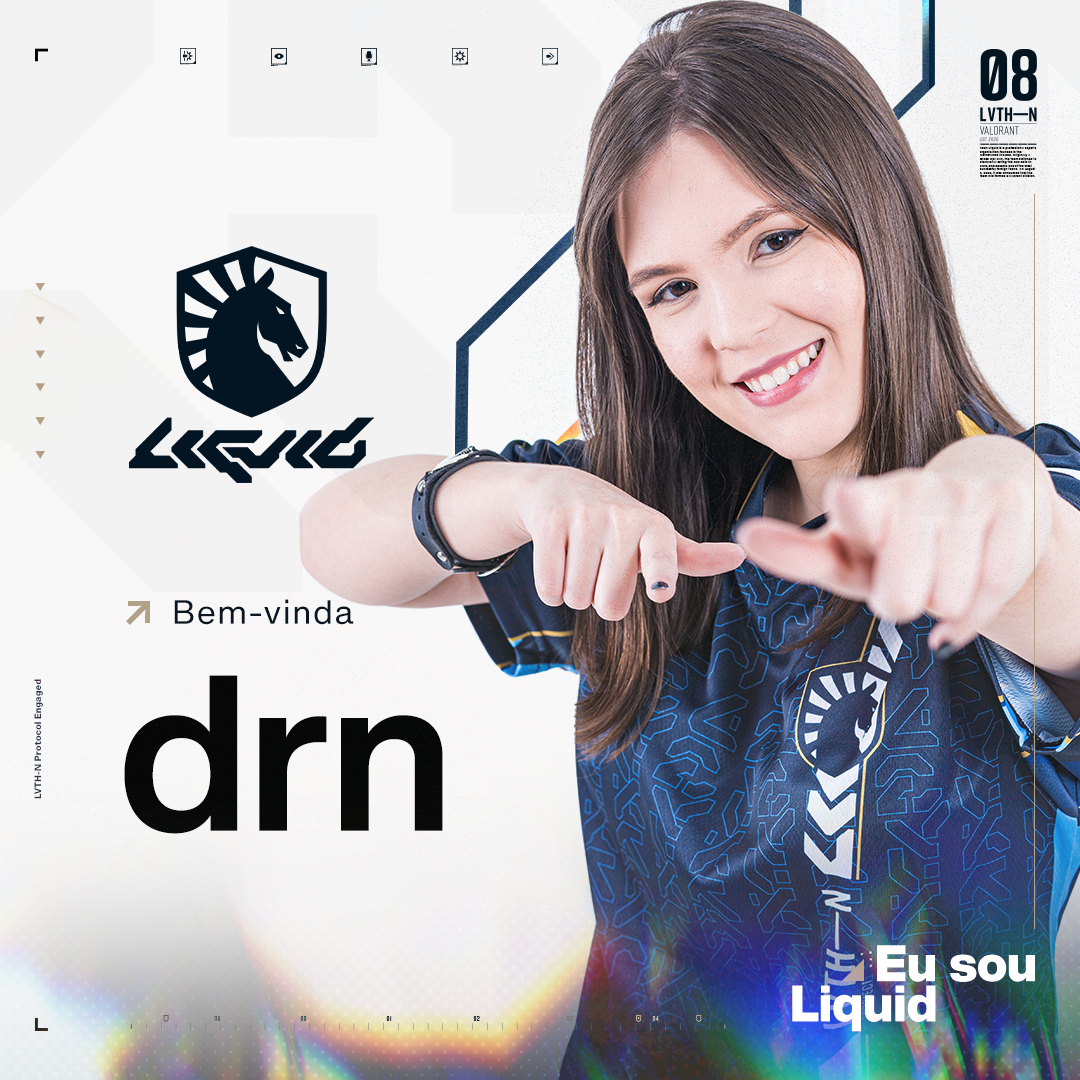 She grew up in a gamer family, and now it’s part of her career. Paola “DRN” Caroline always had the fire in her to compete. She was following a lot of the releases and news of VALORANT when it was still called Project A under Riot. Once in beta, She played the game with her friends and found it to be a lot of fun. With an entirely new universe with different characters and personalities, she felt that it was a really awesome win-win situation.

I remember you said that your nickname comes from a book character. Is reading something you enjoy?

Yes! I love books, and movies too! My family has always been very fond of movies. We have this tradition until these days of watching all the releases of heroes movies together, always in theaters.

My grandmother used to take my mother to the library when she was a kid, and my mother did the same to me. I think it's cute that this hobby has passed on to the third generation.

Was there any specific subject or major that you wanted to study?

No, I couldn't decide on one that really interests me.

You told me that you became interested in Japanese food. Is that something you still enjoy eating?

I started liking Japanese food in 2021, so it's been my favorite lately. But I still like basically anything that has cheese.

Film and media sound like such a big part of your life–you even named your dog after a character! Tell us about it.

I have a very nice dog named Jhow. He is a very small poodle. His name was inspired by the character John Locke from the TV series Lost, who is nothing like a poodle, you know.

I know you’ve done a few cool things outside of playing VALORANT. Can you tell me more about them?

I took a year of ballet lessons, two years of judo lessons and another two years of dance lessons. I dropped everything to play games on the computer

I'm still a huge fan of the Harry Potter universe, and I want to tattoo the Deathly Hallows.

I have a younger brother.

My nickname comes from a book character and "drn" means Drina. 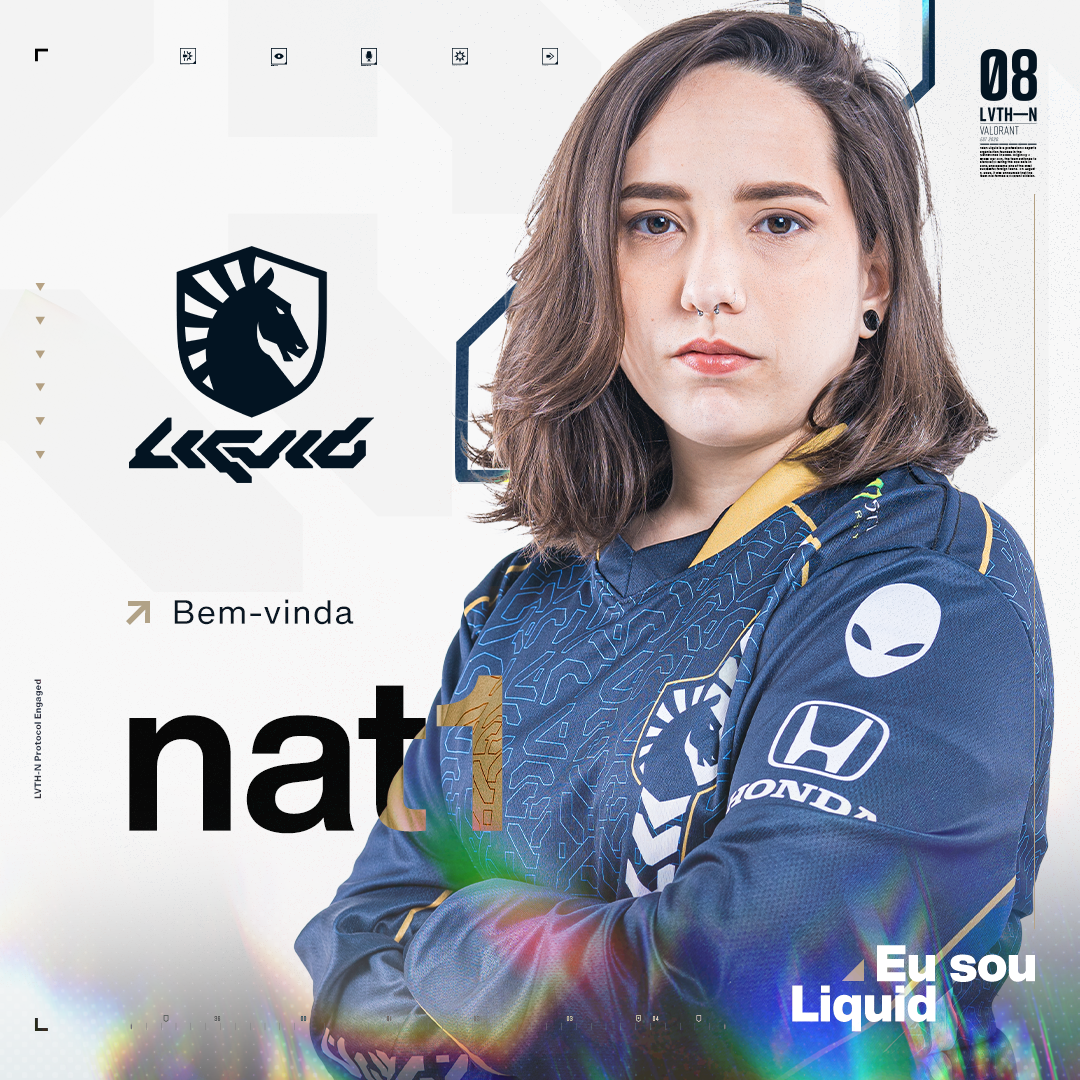 Previously going by "4N0N1M4" in her early days of gaming, Natália "NAT1" Meneses started gaming when she was 13 years old. She recalls going to a LAN house with her neighbors to play CS:GO and was the youngest person to play (as well as the only girl). Similar to her teammates, she loves VALORANT for its incredible job of combining powers, jumps and dashes with FPS tactics–which makes for more dynamic and unpredictable gameplay.

Prior to becoming a professional gamer, NAT1 studied engineering at university, but then switched over to IT. While she wanted to work as a dev and knew that she really loves technology, gaming is her number one passion. Her strong competitive drive means she’s not giving up until she lifts that championship trophy.

Do you have things you enjoy doing when you’re not competing?

What are some foods that you really enjoy?

I LOVE barbecue and japanese food.

I love hearing about pets! Do you have any?

I have two dogs that unfortunately don't live with me anymore. The oldest is a poodle, named Foguita and the other doesn't have a breed and her name is Lola. 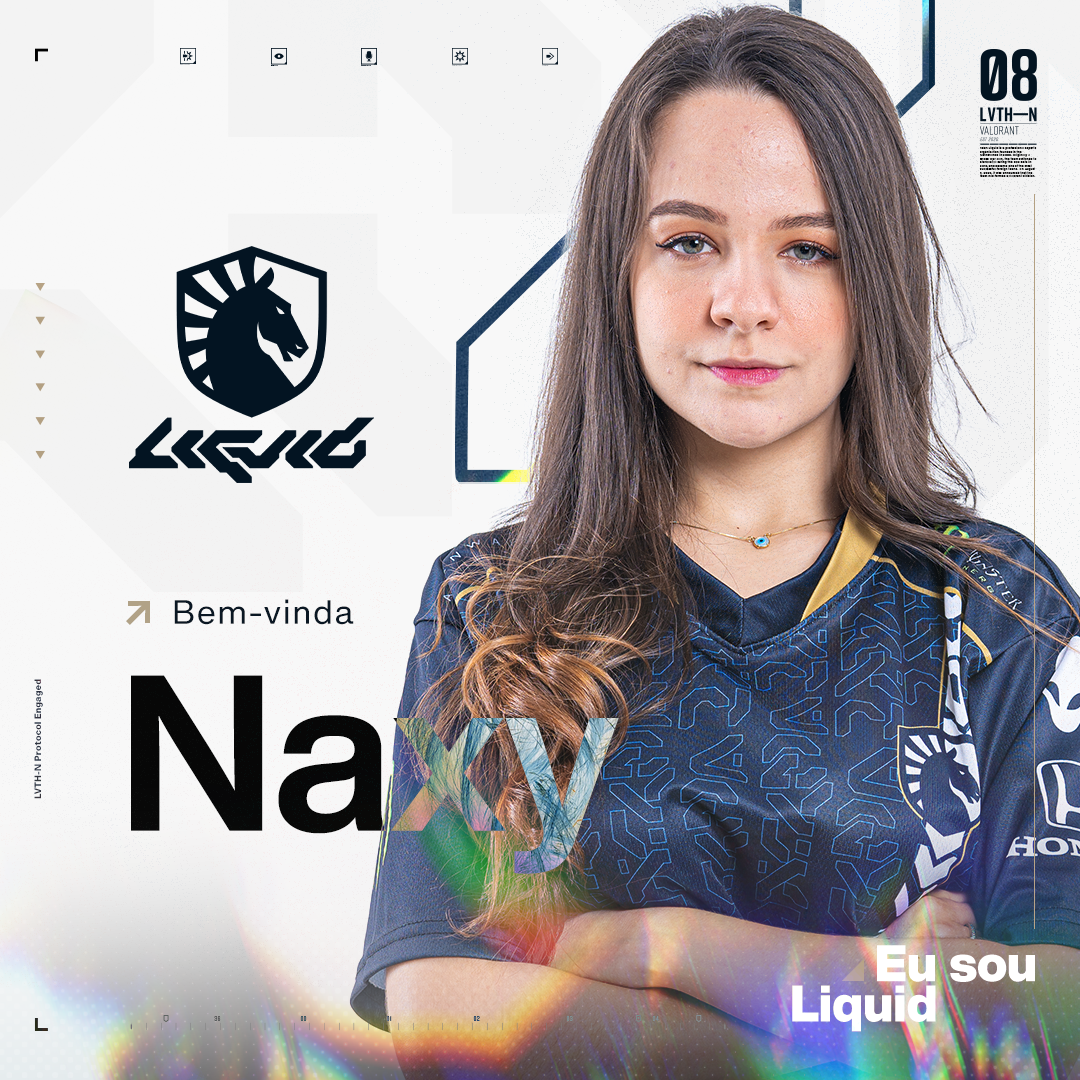 She’s incredibly passionate about cooking, and she’s just as passionate about gaming. Ana “NAXY” Beatriz’s love of gaming started with the PS1 console at the age of six, and her love of competition began in 2011 when she started playing Point Blank. When she discovered VALORANT, NAXY knew that the game would have a future in esports, so she started playing it in order to advance her competitive career. Not only does she enjoy smoking out her enemy team, but she also enjoys the general gameplay aspects and fun characters in VALORANT.

You enjoy cooking a lot. Tell me all about it!

I love cooking, it's one of my passions. I started cooking very early so I started to love cooking with time. Today it's a practice that makes me very relaxed and happy.

I know that people who love cooking are also big foodies, too. What are some of your favorite foods to eat?

A couple of your teammates say they love watching movies and documentaries in their spare time. Do you have something you love to watch, too?

I love watching anime, I'm the type of person who usually suffers waiting for new episodes to be released. Naruto has been my favorite anime since I was a little girl. 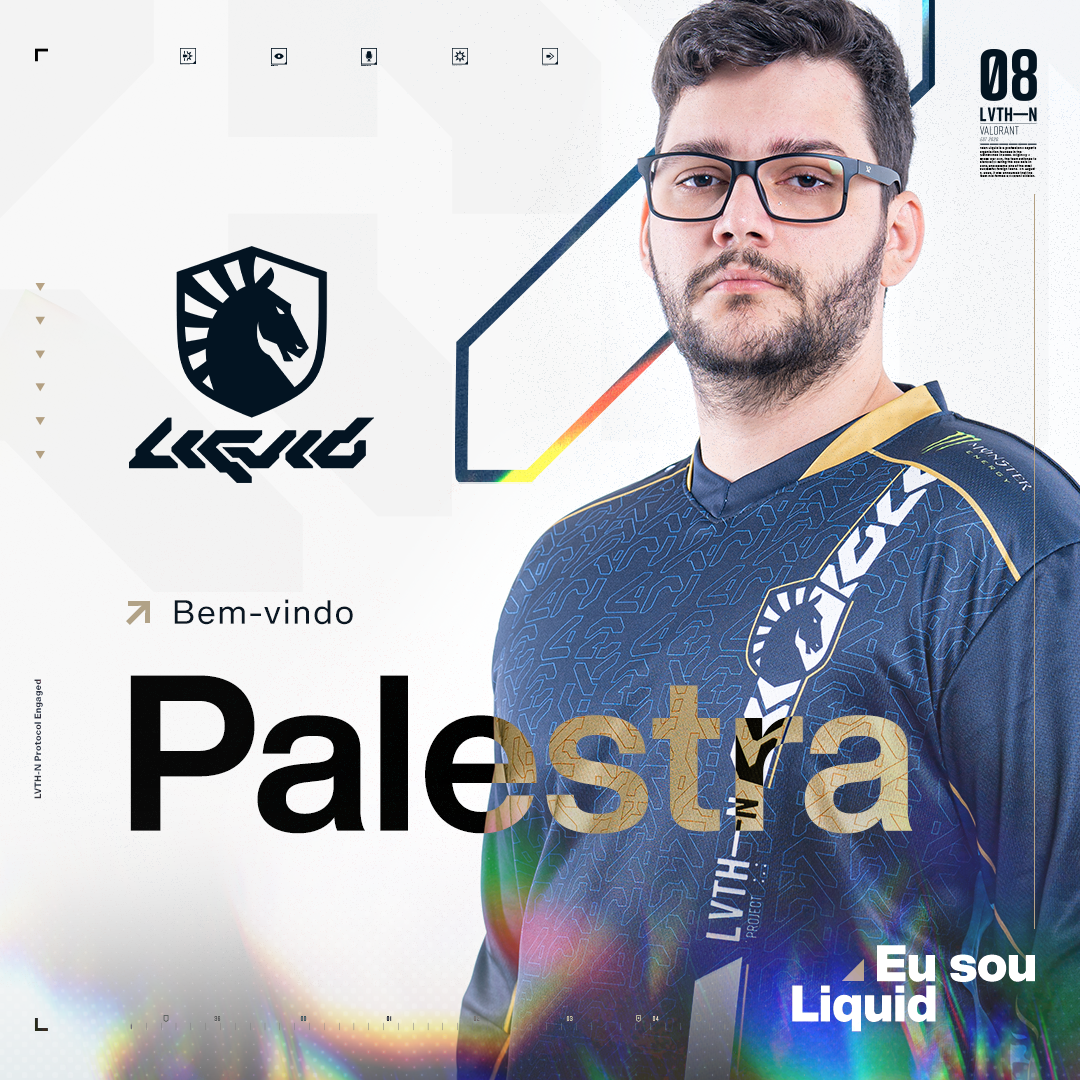 A Civil Engineering major turned esports coach, André “Palestra” Gomes is a Nintendo kid at heart, since that was the franchise that he and his four brothers grew up on. To him, competing at a high level is a priority, and that’s what got him into the world of VALORANT. To balance out his strong competitive drive, he enjoys playing and watching other people play chess.

Do you have any specific foods that you love to eat?

For fruits: strawberry and kiwi, overall I really like to eat different types of meat.

You’ve got so many dogs! What are their names and breeds?

Currently in my house I have six dogs:

I’ve been told that you love books! Tell me a couple of your favorite authors.

I'm addicted to fantastic literature such as Neil Gaiman and Tolkien.

Keep up with Team Liquid BR on Liquid+! 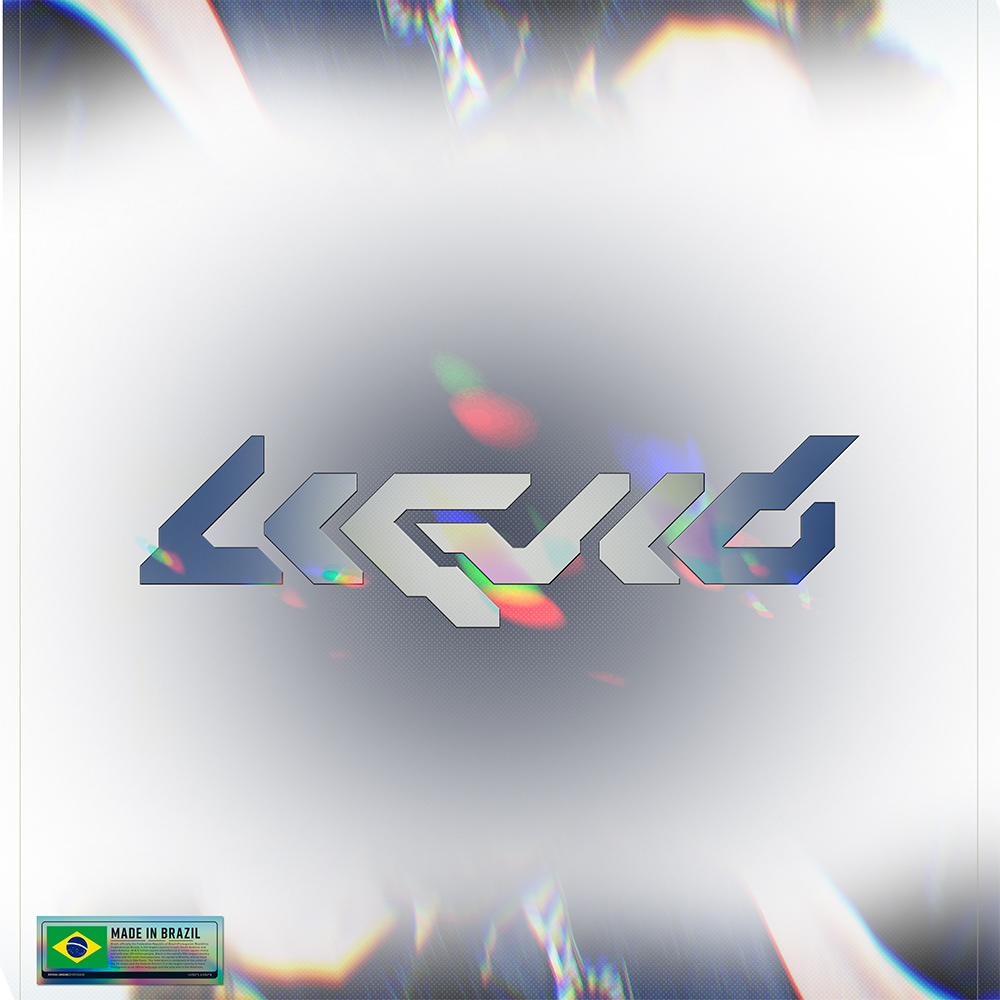