Brian Armstrong, founder of Coinbase, thought about expanding a frontier offering a new path to acquire freedom in the world. The vision for employing that power built one of the largest cryptocurrency exchange markets, innovating ways in a shifting market to keep power in hands of people, not highly capitalized enterprises. Team Liquid started from a belief that athletes, teams and esports could represent far more to the world than a niche interest. As esports rapidly changed to now form a core sports entertainment in the world, Steve Arhancet and Victor Goossens focused on partners who value working beyond limitations. Foundationally promoting efficiency, innovation and equality, Coinbase’s interest in the fairly new, rising and full-of-potential landscape of esports brought them to us.

Team Liquid and Coinbase embark on a four year partnership, collaborating on events to offer our community actionable opportunities to participate in competition, fandom and fun.

“When we were looking for a potential partner in the crypto space, it was really important that we found someone that was doing it the right way, the Team Liquid way,”
says Steve Arhancet, Co-CEO of Team Liquid.
“A partner who had real infrastructure in place that’s built to last, who possessed trusted expertise and nuance in this new, complex world of decentralized banking and finance. For us, those qualities were absolute requirements. And the more we learned about Coinbase, the more certain we became that this was the partner we were looking for. Like a lot of our fans, crypto was new to me once, but I quickly realized that it isn’t some passing fad—it’s here now, and will be in the future. Together with Coinbase, we hope we can demystify crypto for Team Liquid fans.”

Owning digital spaces isn’t a foreign concept to many within esports, whose experience in online exchanges range from in-game shops to gaming currency. As cryptocurrency exchange builds into an evolving and massive service, the technology advancement and real-world impact Coinbase offers is a strong opportunity for Team Liquid to advance technological operatives.

Cryptocurrency, its function and role, and how to use it isn’t just complicated, it’s new(ish), it’s a lot. Identifying where to even begin may feel overwhelming to a newcomer. Almost like introducing parents to a League of Legends Worlds stream. Or being a fan of an esports team.

Coinbase gets that it can be kind of a lot, especially to understand the many many possibilities of what choices to make when using it. Everything needed to understand the basics and get started shows up as an account is made.

As a crypto-newbie, the bite-sized videos (with actual cryptocurrency rewards) on Coinbase taught the basics. I couldn’t miss them, they were right on my feed. Completing these left me with a little bit of crypto and even more information to dig into. Understanding how to use Coinbase can go deep. Set up for even iron-clad “I-don’t-understand-blockchain” folk, the partnership allows Team Liquid fans to get connected to a new industry, and ready to use any cryptocurrency integrations released in the future.

While there are a range of cryptocurrency exchange platforms, the resources and team behind Coinbase offer a transparent system to learn, expand, and master the exchange. Already forming a massive marketplace, cryptocurrency allows personal investment into a new kind of frontier—and the level of investment is entirely a personal choice. The option to learn about cryptocurrency from Coinbase, in a friendly way, a Team Liquid way, broadens the scope of personal reach.

“Crypto has the potential to distribute influence and move control away from corporations into the hands of all of us based on undeniable trust created by blockchain technology. It will play a huge role in creating a more trusting world,” he says. “There is going to be a world in the future where we can have simple trust based on code that will allow us to take for granted how this technology has shifted trust from corporations to a more transparent system.”

To familiarize the Team Liquid community with the Coinbase partnership, The Liquid+ Coinbase Experience includes content, a schedule of events, and information on how to get started with Coinbase. Sign up for free on Liquid+ for digital exclusives on all Team Liquid and Coinbase content.

Team Liquid cares about the long-term wins, and that means better supporting our players right now and increasing opportunities for pros to get scouted. Using ground-breaking technology, engineering and implementation, Coinbase’s reference for creating new paths in uncharted territory is tried and true.

President and COO of Team Liquid, Claire Hungate, is no stranger to forging new paths.

"A partnership for us is about supercharging the TL business; developing and nurturing our athletes and fuelling the most successful rosters, building out our global infrastructure, growing our fanbase and super serving our current loyal audience, training and looking after our staff: a successful and long term partnerships gives us the ability to grow,” she says. “The connection between [Coinbase] being a business at the cutting-edge of technology and innovation and Team Liquid also innovating within the Esports space—just look at Liquid+—we can invest more deeply into our goals and innovate faster. We're investing not only in Team Liquid’s future but the future of the esports space generally.” 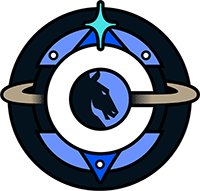 That ingenuity now works back to Team Liquid where the partnership has plans to produce the very first Liquid+ Scouting Combine including a significant prize pool. Creating spaces for up and coming pros to compete and get discovered, along with support to build a lasting program are one of the competitive initiatives in the partnerships.

Liquid CS:GO is primed for special programming, new promotional events and upcoming drops within ESL. For StarCraft II, the partnership will support TeamLiquid StarLeague. Hungrybox and a few other Team Liquid faces will team up to create content, custom competitions and streams.

In the early days of esports the world could not have known the impact of competition and fandom could shape a new and rising culture. A culture which didn’t need a language, religion, or belief system to create a common ground of understanding. Founding Team Liquid in 2000, Victor Goossens saw it grow to re-define not only how an esports organization could affect the whole industry; the scope of where Team Liquid’s cares about impact does not have limits.

“This conviction in blockchain is not so dissimilar from my innate belief in gaming and esports, which is its own generational and cultural change,” says Victor. “While I have the utmost confidence in both industries, both also come with plenty of challenges. As a part of any exciting young industry, it can unfortunately attract many opportunistic, or sometimes even malicious, participants. We all need to look a little bit deeper however, as none of that changes the underlying value of what we are building and the good that many companies are doing. This partnership is founded on a shared philosophy of creating something stable and long term, and I believe that both Coinbase and Team Liquid will guide our respective industries in the right direction.”

Team Liquid in partnership with Coinbase are looking beyond traditional territory to create infrastructure, programs and funding for goals they believe in. In celebration of this partnership, a premier Team Liquid competitive jersey will feature a Coinbase placement. Stay on the lookout for new jerseys and find all Team Liquid and Coinbase content through Liquid+ and social.