As a writer for a prestigious, bemedaled, and besponsored organization like Team Liquid, life is regularly very exciting and I’m constantly typing words like “win,” and “first” and “Team” and “Liquid.” Being such a winning organization, naturally most words said about Team Liquid are Good and Nice. To match these Good and Nice words, we work our hardest to show the best manners in esports. As the most bemannered organization in esports, we make sure we’re winning in terms of both politeness and winning.

This is why it concerned all of us here at Team Liquid to learn that some of our players had been thought to do or say things that are “BM” - that’s bad mannered for any of you unacquainted with Esports Jargon. I want to assure you that anything BM you have heard or seen from our players wasn’t actually BM! It was just a simple misunderstanding that can easily be explained.

In fact, none of our players have ever been bad mannered, none of them ever will be, and all of them are friends with literally everyone. Honestly, it’s unfair to think that any of our players have flaws at all. As esports celebrities, they are more akin to the gods of various pantheons than to us dirty mortals. 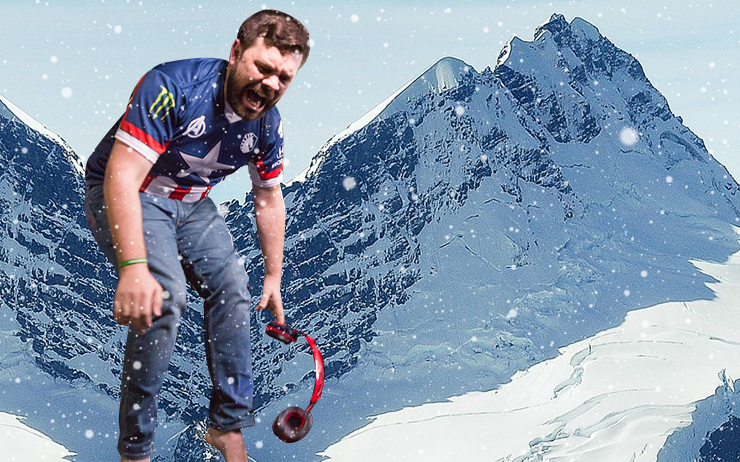 Now that you know about our organization’s incredible manners, I’m going to go through some of our most famous incidents of “BM” and explain why they were in fact not “BM” but “GM” (that’s short for Good Mannered).

First let’s start with one of the games that helped birth esports and level up our organization - StarCraft CS:GO.

You may know about our CS:GO teams for its star Clutchman, Stewart Two Thousand, or as you may call him, Stewie2K. Through a series of misunderstandings, Stewie2K got a reputation as a “spicy” player who often “BMs” his opponents by yelling rude things. We assure you that those rude things were actually polite things.

Initially, when you hear Stewie2K yelling directly at his opponents during CS:GO matches you might mark this as aggression, or worse - trash talk. However, the only aggression here is the aggressive support Stewie2K gives to his opponents.

For example, after his former teammate coldzera got knifed in-game, Stewie2K yelled, “Hey cold, how mad are you right now?” On the surface, it seems that Stewie2K is taunting a former teammate, but what he’s really doing is checking in on a longtime friend. That’s a level of honor and camaraderie we should all aspire too!

Stewie isn’t just nice to his friends, he’s also very welcoming to newcomers - like s0m, whoa attended his first major LAN at IEM Chicago in 2019. When facing off against Team Envy’s s0m, Stewie made sure to yell, “welcome to LAN!” so loud that s0m knew he’d always be welcome in high-tier, offline competition.

Stewie2K is actually such a standup competitor that he even helped Envy iron out their strategies in the middle of the tournament! After taking an absolute beating from our team, Stewie reminded Envy that it's okay to slow down and regroup. “Take a tac [tactical timeout] now,” Stewie screamed at the top of his lungs, making sure his helpful words could be heard.

Sometimes, Stewie’s kindness can go a bit overboard! He screamed so loud that he interrupted an interview. But never fear, always polite, Stewie2K quickly apologized for the inconvenience. What a guy!

While we’re talking about some of our FPS players, we should also talk about SexyCake, one of our Rainbow 6 players. In one game, fans got confused and thought that SexyCake BMed his own teammate!

After eliminating the only remaining enemy player on the map, SexyCake shot down his teammate nesk. Some saw this as SexyCake playing a rude little prank on his teammate but in actuality it was SexyCake saying, “No friend my friend and teammate, rest your hands for next game and let me take care of this for you.” Very Good Mannered!

Now that we’ve talked about some FPS players, let’s turn to the FGC, or fighting game community. The FGC is often considered one of the most BM areas of esports but so much of that reputation comes from simply not understanding the unique way fighting game players communicate.

Recently a lot of Street Fighter fans thought our player Nemo had “beef” with his friend and rival Itazan. This stemmed from when Nemo said that playing Zangief, the character Itazan mains, is like “wasting your life.”

Later on, when Nemo beat Itazan he imitated the headbutt loops that his main Urien does before offering a smiling handshake. This was another way to teach Itazan about other parts of the game Zangief mains may not understand, like combos, footsies, and spacing. Nemo had to do a visual demonstration as most grappler mains only read picture books.

Talking about misunderstandings, there’s also been a long misunderstanding about the Yayuzz. This is an iconic move ChuDat performs after beating an opponent. Some people in the Smash community have interpreted this as a taunt after a victory and that couldn’t be further from the truth.

The Yayuzz isn’t to taunt the opponent, it’s to cheer them up by sharing the fun of victory with them! They get to delight in Chu’s brimming grin and think to themselves, “Maybe that’ll be me next time!” To which Chu says, “Yayuzz!” Trust me, every melee player loves getting counter picked to FD, wobbled to 180% on their last stock, then yayuzzed on directly afterwards.

Now, there is one last, big elephant in the high school cafeteria that’s hosting this Smash tournament. At Genesis 5, Hungrybox had a set with Leffen where things appeared to get heated after Hungrybox won. Instead of giving the traditional fistbump, Leffen ran off the set up and Hungrybox was rumored to have gotten up and yelled, “What’s up motherf***er?” while literally flexing.

In truth, Leffen left early because he needed to choose between fistbumping Hungrybox or making it to a Dragon Ball FighterZ tournament. Hungrybox was actually yelling, “I respect your decision!” He was flexing and pounding on his chest to amplify his voice and make sure that Leffen heard him.

Leffen would still DQ himself from the FighterZ tournament as he was called in to work at his day job, as a Twitter Scientist, but Hungrybox’s respectful gesture still stands.

So now you can see that our players are never, ever, not in one hundred million years bad mannered. If you think they were being bad mannered, we understand that you might’ve just gotten confused by various esports jargon, gamer acronyms, or the confounding behavior of an enlightened being. But as a matter of fact, our players radiate good manners through each and every action they take.

Except this. This was bad mannered. 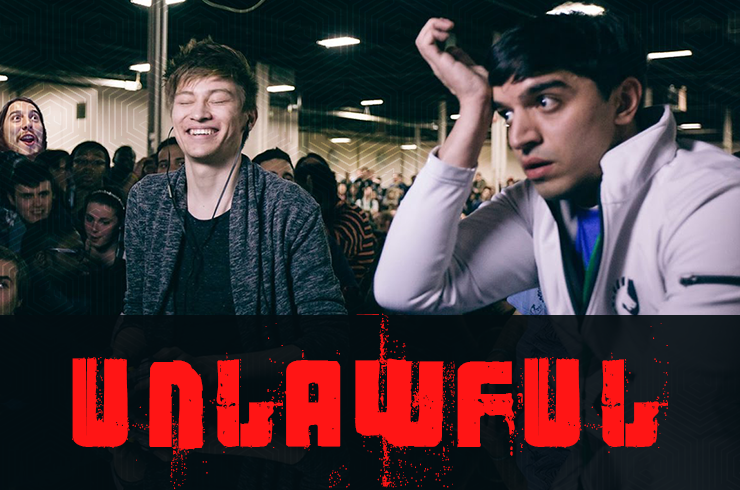