January 26 2021
For nearly 10 years, Team Liquid and Alienware have partnered to stretch the limits of competitive gaming. Along the way, Liquid leveled up from a StarCraft clan and website into one of the winningest, highest-valued and most-watched esports organizations in the world.

With an eye on innovation and player performance, Alienware and Team Liquid catapulted the partnership to the next level and opened the doors to not one, but two state-of-the-art training facilities. The first facility of its kind in the West, the Alienware Training Facility (established Spring 2018 in Santa Monica, California) set the paradigm for multiple organizations to open their own facilities to train and house North American athletes and teams. A few years and championships later, we opened a second Alienware Training Facility in Utrecht, Netherlands, where the organization was first founded. This marked the first time an esports organization planted such a flag in two continents. 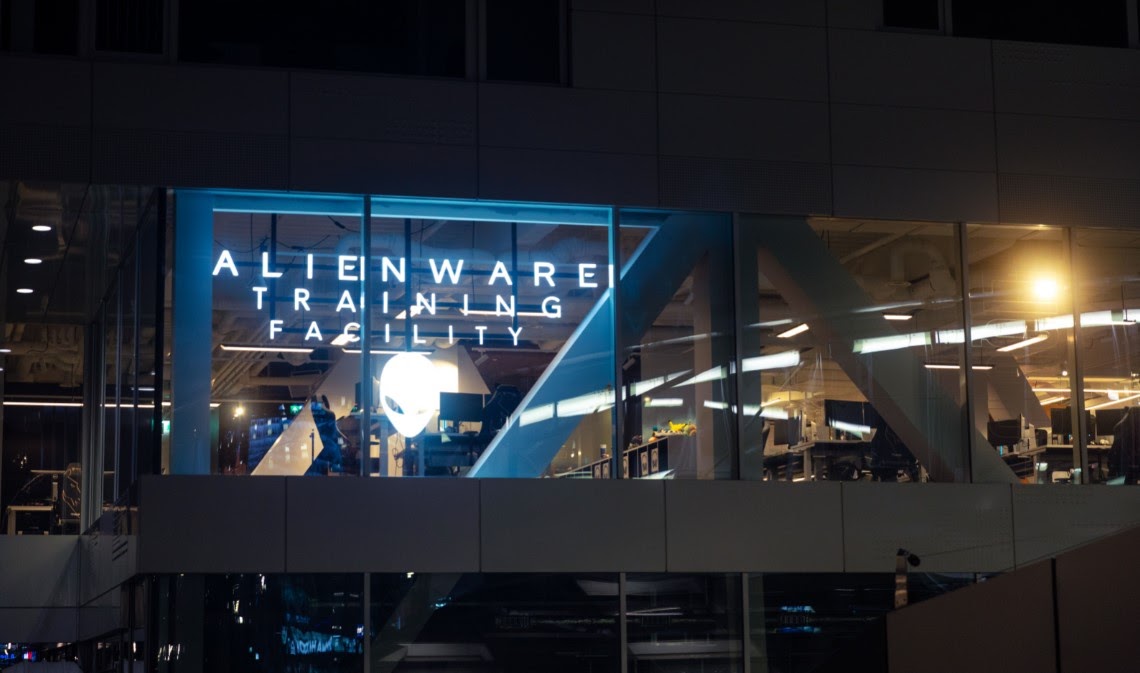 Today, Team Liquid and Alienware extend their legacy, announcing the renewal of the longest gaming hardware partnership in esports history.

The partners will commemorate this team-up and its 10th anniversary through a series of new programs – first by redefining fan engagement.

On January 27, Alienware will join Team Liquid as the official launch partner of Liquid+. This virtual stadium for 3.5+M Liquid fans brings them closer to their favorite teams, athletes and personalities. But that’s not all. Liquid+ levels up fan engagement by offering unique ways to collect on fandom through personalized Quests, Experiences and the opportunity to earn exclusive rewards and long-lasting memories.

Alienware and Liquid will celebrate the launch of Liquid+ into orbit with an all-day live-streamed Cosmos Party, and an actual space launch. Yes, an actual space launch. Fans will pull prizes from a giant arcade claw machine giveaway (featuring plenty of Alienware products), play Among Us show matches, and help Blue prepare for take-off, before our smol horse rides off into the great beyond. 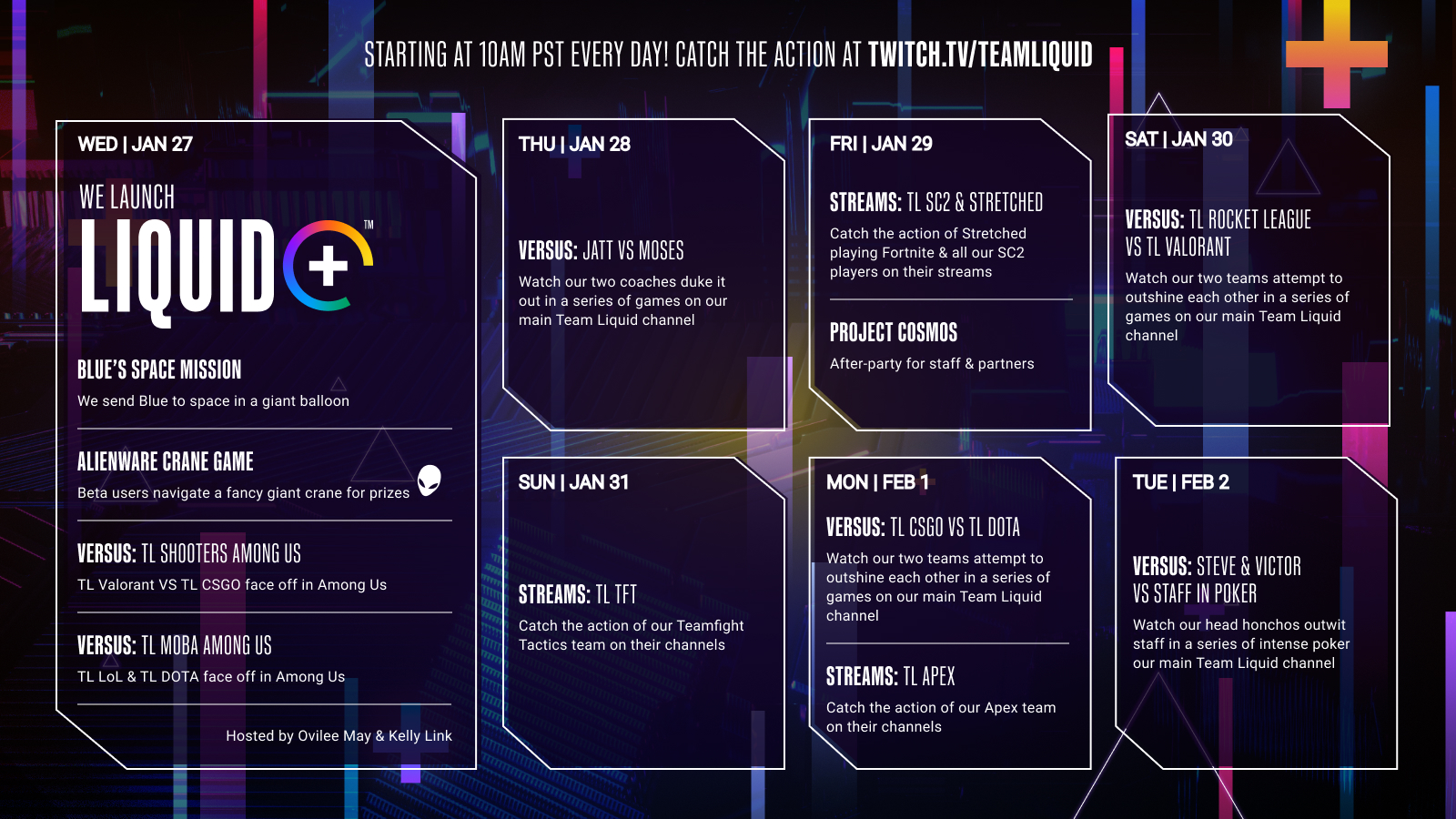 After ushering fans into the new Liquid+ galaxy, Alienware and Team Liquid are setting our sights back on earth. Throughout the year, we’ll launch additional programs and initiatives focused on elevating player performance through technology and cultivating a culture of inclusion and accessibility. We'll win in the arena as well as the community through mentorship, scholarship, and events.

You can learn more about the partnership and our upcoming programs at teamliquid.com/alienware, which will be updated as additional activities are announced.

Together, Alienware and Team Liquid have created a historic legacy.
This year, we can’t wait to show you the sequel.

Please log in with your teamliquid.net account to post a comment.
Dota 2   Last chance at Aegis: TL coaches gear up for LCQ After an endlessly up-and-down 2022, Liquid Dota has one last chance to make it to TI. Two spots on the line in one of the toughest events of the year, Liquid’s Dota coaches - Blitz, Jerax, and Jabbz - prepare the team to not only beat an insane gauntlet of enemies, but to beat their own inconsistency. The interview also includes thoughts on mid lane, patch 7.32, and the meta heading into TI.
The Liquid Review: September 2022 Franchising in Valorant, heartbreak in League, YEKINDAR in CS... It's been a busy month in Team Liquid. Catch up today with September's Team Liquid Review!
League of Legends   Eyes on Worlds: Midbeast fills you in on LPL and LCK One of the best things about any esports title is international tournaments. All the regions coming together, the styles, the pride, the best-of-the-best, all clashing in one arena… it’s both competition and celebration, and nothing showcases that better than Worlds. League of Legends’ biggest event is already pretty exciting, but in 2022 it’s set to come back to North America for the first time in six years, bringing with it a return to live crowds. It’s so hype that by the time it rolls around, you’ll probably have forgotten your 4th place blues.
League of Legends   Farewell Guilhoto, farewell superteam As we say goodbye to Guilhoto, we want to also say goodbye to the superteam. This farewell is an interview conducted by Ben Zieper and CoreJJ and a reflection on the entire year. It's an article that reflects Guilhoto's own candor and openly discusses the issues within the split and how the superteam reached less-than-super results. If you want to know what happened, you'll want to read the article.