My Moment by Taiga

That’s all I heard and all I felt. It’s a rare thing for me. Rare for my team, too. Not many things could precipitate such a deafening silence.

In our case, it was the possibility of the biggest throw of our collective careers. Losing a game from a 60,000 net worth lead… It would have been one of the biggest throws in the history of Dota. When my teammates went down, that’s what we all thought would happen. There was no frustration, no anger, no sadness. There was only shock. It was all we could do just to process what happened.

This was it: all of our hopes for the Major were gone in a single moment. Luckily, there was still one moment left to come. My moment.

One of many to come.

I guess I get these chances often because of the heroes I like to play. For some reason, my team has faith in me to play these big, flashy teamfight heroes. They’re some of my favorites to play, of course, so I have no problems with it, even when we’re in elimination games. I mean, we’re one game away from getting knocked out and iNSaNiA asks me if I want to play Enigma. How could I say no? 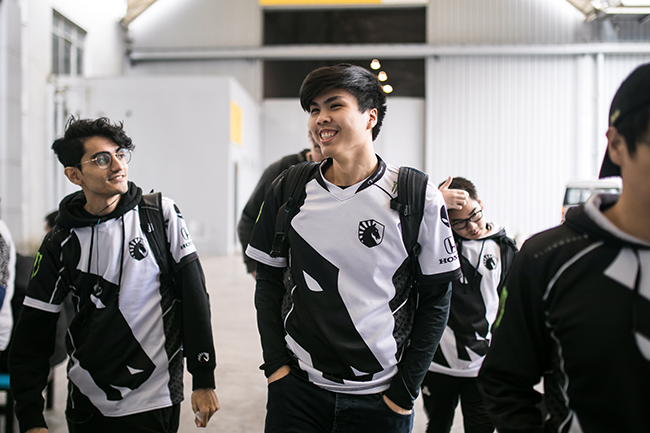 I love playing Enigma. Hiding, waiting for the right moment, and then turning the fight - that’s one of my favorite things in the world. I don’t know about other people, but when I get a huge black hole, I scream. I don’t mean a regular yell, I scream loud. Nothing hypes me up like those game-winning spells.

It isn’t just me though: when I start going off, the rest of my team does, too. Everyone just gets amped up and it feels incredible. That’s why I love playing Enigma and why he will always be one of my favorite heroes.

You know, Enigma is actually a funny hero for me. I’ve played him enough that I’ve become super comfortable with him. I know exactly what I want to do and everything is basically muscle memory. I don’t have to think nearly as much because he’s one of my strongest heroes. The only downside of this is that it doesn’t last forever. 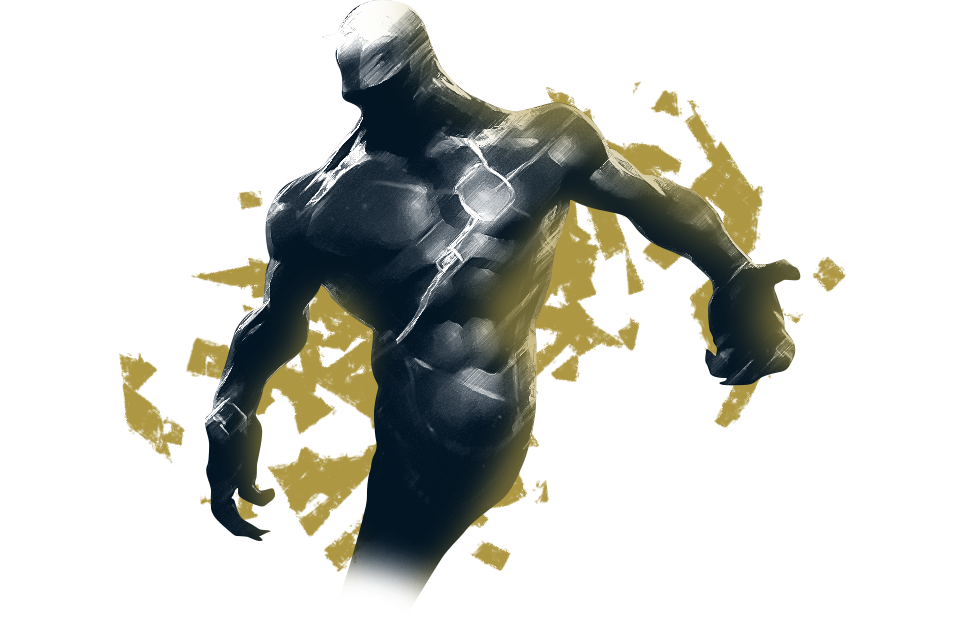 You see, I have two modes in Enigma games. The first is what I’ve already described and it starts at the beginning of the game and it ends with a Black Hole. At some point in any Enigma game, a flip will switch in my head that says, “As long as I can land the Black Holes, the game is over.”

No more autopilot, no more muscle memory, no more chill. This is where the nerves kick in. It doesn’t matter if you’re playing your 9th game of Enigma or your 900th. When you’re playing Enigma on stage, one game away from elimination, the nerves will kick in. It’s inevitable. First your hands shake. Then your breathing gets heavy. You can feel your heart beating faster. It all cascades from there.

Some players can’t handle those nerves; the pressure breaks them. They’ll get put into a clutch position and choke.

I used to be that player. Just last season I was in a best of one against Chaos Esports at the Chongqing Major and I choked. I choked hard. I was just running around, I had no idea what I was doing. Eventually, thanks to the trust between me and my team, I grew out of it. Now, nerves no longer ruin my game.

I don’t freak out. I focus up.

And that’s exactly what I did against TNC at the Leipzig Major. It was game three of our elimination match. They had nothing to interrupt my Black Hole, but if I got caught before I could use it then the game would be over. It was me vs. Gabbi’s Slark in a battle of who could catch whom. Thankfully, I was the fisherman and not the fish. Landing a Black Hole on three cores feels great, but landing a game-winning Black Hole on a Slark mid-pounce? That feels incredible.

The crowd cheering, the pounding on the table. My teammates shouting “Nice. Nice! NICE!” Not many things can match the feeling of a good Black Hole. But there’s one game that no Black Hole can compare to.

If you’ve played or watched pro Dota, you know that there’s nothing as nerve wracking as a best of one elimination match.

A best of one means that anything can happen and both teams will feel the nerves. It often just comes down to the nerves and whichever team handles them better will win. Some teams can’t handle the pressure and that’s it, tournament over. The nerves had got to me last year and, despite my best efforts, I was still feeling them. Fortunately, that didn’t last long. We picked Dark Willow and a wave of relief washed over me. Now I’m feeling good. This is my favorite hero. This is my best hero. This is my moment.

I knew the game would go well, and oh did it. I felt so confident the entire time. We never let the lead slip away from us and, while we hadn’t ended the game, we had built up a 60,000 net worth lead. It was unloseable…

Despite one of the largest leads in the history of professional Dota, we lost our mid and carry with no buybacks. Cue the silence. Almost two full minutes of nothing. I had lost all hope.I was almost in tears, but Boxi brought me back to the game. Honestly, I wasn’t even thinking when they pushed to our Ancient. I was just trying to play — trying to do whatever I could to defend the base. Somehow, without even thinking, that defense went better than I ever could have imagined.. I won’t bother trying to describe it to you, you’re better off just watching it yourself.

You wouldn’t believe the atmosphere after we wiped them. There was so much screaming, especially from my teammates. I didn’t even realize it when they called GG, so there I was trying to hit the throne down and my teammates started jumping on me.

I told them, “Guys the game isn’t over! WE GOTTA HIT THRONE! Oh? They already called GG?”

That’s when I lost it. I can’t truly express what that was like. Even if I could go back in time, I wouldn’t be able to describe it to you. That was the only time I’ve felt that incredible. My team just tackled me down and everyone was so happy. We couldn’t believe what had happened, I couldn’t believe what I did.

The best way I can describe it is with one word: Hype. Imagine the most hype you’ve ever been in your life and double it. No, multiply it by ten. Take it and keep going, keep building till it can’t be contained. 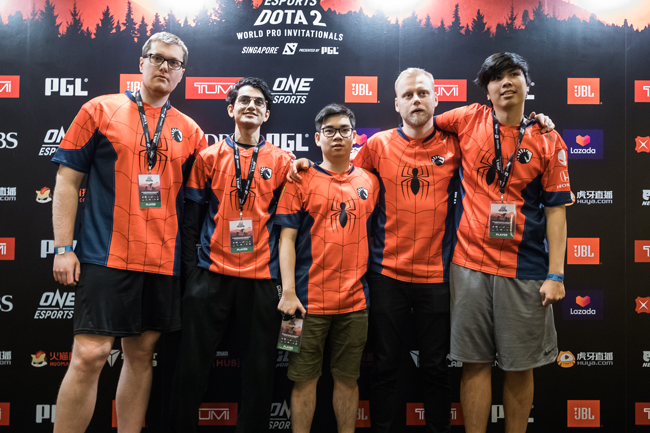 That’s how I realized it: iNSaNiA, Boxi, qojqva, and MiCKe, with these guys by my side, every moment is my moment.

Please log in with your teamliquid.net account to post a comment.
StarCraft 2   Rise of a Nazgul Before he was a Co-CEO, he was a Brood War pro named Nazgul. Reaching the top in Europe, he even went to challenge the best in Korea. Along the way, he was also helping the West to see the world of Korean esports by building TL.net. The combination of his two roles as community leader and pro meant that Nazgul had a career that was at once quintessential and unique. Read more to learn about the career that made Nazgul and made Team Liquid.
Apex Legends | Valorant   Keen eye, busy mind From small Norwegian village to sports science to acapella to opera singer to streamer, AverageJonas has lived the life of a true creative wanderer. In this article, learn more of Jonas's story and how he uses his experience as a lifelong performer, his deep well of creativity, and a keen sense of strategy to survive and thrive in the world of streaming.
StarCraft 2 | Smash   Clem versus the world In 2021 Clem rapidly became one of the best StarCraft 2 players in the world and perhaps one of the best Terran vs. Zerg players in history. However, he still has to beat Korea's best Terrans and Protosses to prove himself. Combining analysis and interview, this feature looks at Clem's electrifying playstyle and future potential.
StarCraft 2   Catching up on StarCraft: Your TSL 7 article nexus Looking to catch up on StarCraft for TSL 7? This is your main base for the articles and features we're posting on both Teamliquid.com and TL.net as TSL 7 goes on. TSL 7 is a huge part of Liquid history and StarCraft history so be sure to read up and tune in.