Liquid+ Is Where Our Fans Connect


For Team Liquid’s 20th anniversary, we’re embarking on a new adventure by creating a place that celebrates our fans for years of support. Every single fan who’s cheered for Team Liquid deserves to be recognized and now we can give back in a major way.

"Our fans have given us so much over the past 20 years and Liquid+ is how we start giving some of that love back. We want Liquid+ to be a place for fans to feel great about their Team Liquid pride and earn cool rewards for doing it. Whether you’re a die-hard who grew up with us, a newbie whose journey with TL has just begun, or somewhere in between, Liquid+ is for you." - Victor Goossens, Co-CEO of Team Liquid

At its core, Liquid+ rewards fans for supporting Team Liquid and our 100-plus pro players and streamers. When fans connect Liquid+ to sites and social media accounts used to interact with Team Liquid— like Twitch, Discord, Twitter, or Reddit— Liquid+ awards points for the engagement they show. Those points can be redeemed for in-game currency, event tickets, Team Liquid swag and tailored experiences with Team Liquid personalities, to name a few.

“It’s hard for us to explain just how excited we are to show Liquid+ to the world. It’s been almost 18 months in the making, and we’ve finally hit the high quality that you’ve come to expect of all things Liquid. Team Liquid has always been a pioneer in esports, and we’re thrilled to build on that legacy with Liquid+. Go check it out - and let us know what you think!”
— Boudewijn “Gluon” Kryne, Director of Fan Management at Team Liquid

Weekly Quests and Experiences a few times a month around major Team Liquid events and tournaments drop even more points. Experiences offer elite prizes but achievements shop up in Quests too. After points add up, redeem them for exclusive items in the Liquid+ Shop, like signed posters and limited Apparel. 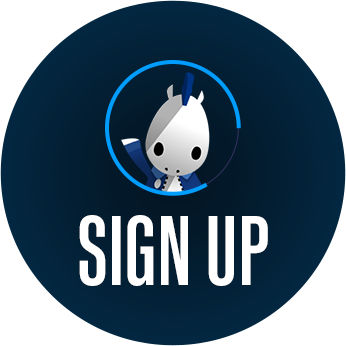 “Liquid+ is fun! It’s fun to work on, it’s fun to use. Every time you check it, you see the points you got, a new streamer to watch, find an Experience with a giveaway you can’t wait to join. There’s been a lot of effort to make sure it’s got the right amount of 'do what I already do for points' and 'I’m charged for Liquid give me more' options where both feel rewarding.”
— Indu “Xaafira” Reddy, Senior Copywriter at Team Liquid

We hope you like Liquid+. Let us know on our socials and Discord what you think. We’ll continue to improve Liquid+ through the beta to get ready for a full launch early next year. Liquid+ should feel really rewarding for supporting Team Liquid and we’ll continue working to make that happen.

We're sorry (T-T), sign-ups are limited and we’ll have to re-open them as we scale up the beta. Sign up right now at liquidplus.com. It’s our priority to get as many people signed up as possible and you’ll hear from us soon if you don’t get to right away.

"When I first started all I did was smashing people with a hammer. Now I get to give out free stuff to all of our fans. This is way cooler."
— Matthias “KadaverBB” Rademacher, In Charge of Fan Support For Some Reason at Team Liquid

Thank you for making Liquid+ a way for us to celebrate you.