Happy birthday StarCraft II ! Our journey to become the best esports team in the world started in earnest 10 years ago, and the friends and memories that we've made along the way have helped define who we are as an organization. Team Liquid staff members decided to get together and share some of their favorite TL StarCraft II moments — we'd love to hear yours as well!

Starting in 2000, our community was formed by passionate people who came together to discuss, strategize and compete on the battlefields of StarCraft: Brood War. It was with the rise of StarCraft II that we signed our first players and grew from an online community, to an organized professional esports team. Before the days of big salaries, we formed a team of passionate players that traveled the world together, forming a family-like bond. For Team Liquid staff and community members, StarCraft represents our roots. The culture that was built around it informs who we are today and where we’re going to be tomorrow. With that, we’d like to wish StarCraft II a happy 10th birthday and share some of our favorite memories.

1. In 2010, Team Liquid founder Nazgul took down IdrA at MLG Dallas. Though Nazgul stepped back from competition shortly after, his strategies against IdrA still set the tone for years of pro StarCraft II to come: four gateways, blink-upgraded Stalkers, and one hell of a frustrated Zerg.

2. Jinro reached back-to-back GSL final-fours between 2010-11, the deepest ever run by a European player which still stands in present day. Don’t be so sad, MC! You were a part of history! 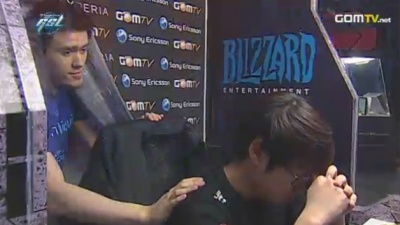 3. Speaking of Jinro, we also really liked his epic nuke on Choya at MLG Anaheim 2011:

4. The good ‘ol oGs-TL training house, where players and Nazgul bonded over time while living together.

5. TL.net has always been looking to bring the community and progamers closer together. TeamLiquid Attack—inspired by programs from Korea’s gaming TV channels—invited progamers to play games with and against their fans.

6. After teamkilling Ret in the semifinals, HerO finally overcame his on-stage nerves and defeated Puma to win DreamHack Winter 2011. Check out our old write-up and the winning moment:

7. “u realize most of that army was halluc LOL”

AT MLG Dallas 2010, HuK realized that hallucination might be a useful tool against a player who was a little too quick on the GG finger like IdrA. And thus, he gave birth to the most famous words ever typed in a game of StarCraft II.

8. TL.net regulars will know that our community is a bit prone to elitism. Nothing encapsulated that spirit better than “The Elephant in the Room,” a controversial opinion piece on KeSPA pros that got over 800,000 views and spawned a cute elephant mascot. 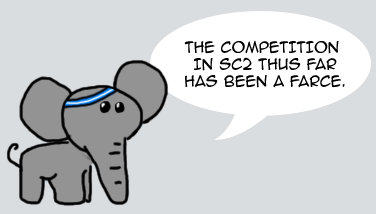 9. Before he back-stabbed TL in cold blood amicably parted ways with TL and moved on to the next stage of his career, HuK was the team’s Protoss standard bearer in 2011. The magician of blink micro defeated WarCraft 3 legend Moon to win DreamHack Summer 2011

11. Haypro didn’t win the championship at MLG Providence 2011, but he sure left a huge impression by eliminating Nestea on his way to seventh place in the tournament. As it turns out, the Zerg God was no match for the Zerg “Banjo.”

12. In 2012, TLO refused to shave his beard until he won a tournament or collected enough points based on a system he created. Eventually, he shaved his beard in May 2012.

13. Have we mentioned team kills yet? There are too many moments of brotherly bloodshed to count, but we’ll pick TaeJa vs HerO in the finals of DreamHack Winter 2012 to represent them all:

14. TaeJa went on a rampage at IPL TAC3, scoring multiple all-kills and almost single-handedly winning Team Liquid the title. Check out this compilation of his highlights and our all-kills tracker:

15. Some say Evil Geniuses was Team Liquid’s greatest rival. We contend that it was actually the DreamHack champagne bottle.

16. In 2013, Evil Geniuses and Team Liquid entered into an “Unholy Alliance,” joining forces to compete in Korea’s vaunted Proleague. It, uhhh… didn’t go so well. Still, it was a landmark moment in StarCraft history, and we were glued to our screens to see how our boys in two shades of blue would do.

17. If you had to guess, how talented do you think the StarCraft II community is at art? In “How to Draw Dimaga,” a StarCraft II twist on a Brood War community meme, we learned that 300 APM doesn’t translate to a painterly touch. 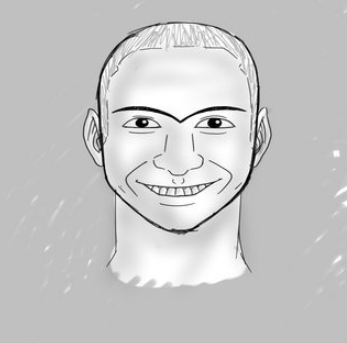 18. For decades, TL.net has been the home to StarCraft storytelling that blurs the line between sports-writing and fan-fiction. Our tarot-themed Road to BlizzCon coverage in 2014 stands out as one of the best examples yet! You can relive it here.

19. Although Team Liquid didn’t take home the trophy, we were very proud of TaeJa for achieving the team’s best ever BlizzCon result in 2014 when he reached the final four of the WCS Global Finals.

20. How about some cringe? Hot_Bid has since moved on to more professional productions, but back in the day, all he needed was a mic, a camera, and his unique sense of humor to deliver comedy gold. Here’s a classic video for you to ‘enjoy’:

21. During the darkest days of ‘foreigner’ StarCraft, Norwegian Zerg Snute doggedly fought on against the Korean machine. At Copa Intercontinental 2016, Snute reaffirmed that he was the best in the West, defeating ShoWTimE to lift the championship trophy:

22. Veteran Protoss player MaNa proved that age is nothing but a number at WCS Austin 2018, making an inspiring underdog run to the finals.

23. Never forget your roots! In 2020, Team Liquid signed Harstem and Clem to its StarCraft II squad, continuing its support for the game that allowed Team Liquid to evolve into the esports organization it is today.

We’ve had a storied history in StarCraft II and we are thankful for everyone who has followed along on our journey. We love our amazing fans and all of our players who have been part of Team Liquid StarCraft.Thank you for walking down memory lane with us. Now share some of your favorite Team Liquid memories with us!