Introducing Kurumx - Aiming to be Number One


We'd like to introduce you to Kurumx, Team Liquid's newest TFT player. He has held the #1 and #2 ranks in NA previously at the same time and currently sits in 2nd place on the leader-boards. Kurumx wants to be the best TFT player in the world. His work ethic, passion for the game, and most importantly the fact that he backs up with words with his incredible skills make us extremely excited to watch and help him develop as the newest addition to our TFT roster. 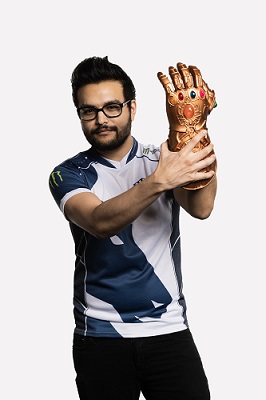 We’ll start off with what you were looking for in an organization. What made you decide that Team Liquid was the right place for you?

What made you choose TFT as opposed to League or any other esport?

I’ve played a couple of different games at a pretty high competitive level. I played WoW for years and I got multiple rank 1 titles in that game. I was playing with people like Reckful and all the old names. I played League of Legends since season 3, got masters in season 4, and then got challenger for the first time in season 5. I actually did try to go pro in League but in the end I just wasn’t good enough. I was a challenger Fizz main, I played other champs sometimes, like I tried to do a no-Fizz account to challenger and ended up getting up to like 150lp in master and would then de-rank to diamond 1. So it was like, I was playing against a bunch of pro players with Fizz and I could compete against them but I was never able to break that barrier of being at the very top, like top 5 or top 10, that type of thing.

When TFT came out I didn’t actually think much of it. I was excited to play it because I played a bit of DAC and Riot making their own version of an autochess game was super exciting to me. My friends and I were like, “hell yeah this is going to be so much fun” but I was not thinking like, “Oh my God, this is it, I’m gonna go pro in this game.” I wasn’t thinking anything like that.

When I played on the PB I was like damn this is really fun, but I was just playing, I didn’t really have any plans to start streaming or anything like that but I knew after playing for about a month that I wanted to go pro. Right when I started and I played on PB, I was having so much fun and right when ranked came out I was top 5, I was one of the first people to get to Master, maybe like 5th person to Master or something like that.

So how different is it playing now with everyone watching you compared to when you were playing without streaming? Is there a bigger impact when you have good or bad games on you because of how many people are watching?

Yeah, the thing about streaming is that it turns good into really good and bad into really bad. Like, if you’re playing well then it feels really good but if you’re playing bad then it feels really bad and chat will kind of reinforce that. I have a lot of people in my chat that will support me no matter what obviously but yeah there’s always going to be that negative audience. People who just say you suck, how are even rank 4, or rank 2, you play like the people in my silver games, stuff like that. There are always comments that piss me off but *sigh* obviously I’m not going to perma-ban these people or anything but it can be, for someone who isn’t really used to it like me, it’s a lot. Obviously, I do my best, and I think to survive on twitch, you need to be able to take that shit, and you know that’s still something I’m getting used to but I do my best to deal with it.

I think luckily TFT has one of the better communities on twitch as well. There’s a lot really helpful people in chat whenever anyone is playing. It does come with a lot of “why didn’t you play this instead” but it is what it is.

Yeah, for sure. You do get a lot of backseating but that’s almost the nature of the game. It’s like when you’re watching someone live, you can analyze the situation without having to put in any actions yourself. I think that makes it a lot easier to see the optimal play when you’re not actually the one playing in a game like this. It’s also cool as a spectator and someone who knows the game to put yourselves in their shoes and think about what you would do in their position and then see what they do instead. Then you can think about it and be like hmm why did they do that instead, it’s different from what I would do. I think that’s really cool. 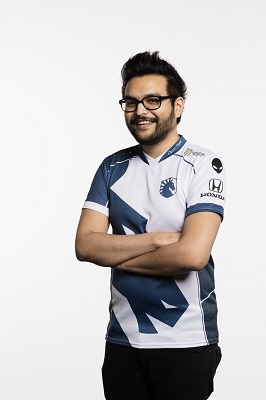 How much do you also try to go over your thought process when you stream and educate the people who are watching?

Well, I needed to have a plan right? Because when you start out streaming, like I planned on having maybe 20 viewers for at least 2 or 3 weeks so I needed to have a plan. My whole plan going in was to be an educational streamer and talk about my thought process for like everything that I want to do. I still do that a lot now but a lot of it is also trying to interact with chat when it’s going so quickly and I try to answer as many questions as I possibly can. So I started out trying to be an educational streamer and talk out my thought process so people could get the thought process from one of the top players in the game.

With how quickly everything happened, how has that been for you? Do you have friends or family that have been supportive during the switch to full time streamer / pro TFT player?

Well, my mom doesn’t really understand but she’s happy for me. My Grandmother... kind of the same thing. I’ve been talking to my cousin a lot though and he’s around the same age as me and he really understands, not really about TFT, but about how streaming can really be a career. So I’ve definitely had support from friends and family and it’s been really nice because I knew I always wanted to do something in esports I just wasn’t sure what. So this whole thing working out has felt really nice and I’ve worked really really hard for it. I think over the last 4 months I’ve only missed maybe 6 or 7 days total of streaming. So it’s something I’ve really wanted to do and I’m willing to put the time in.

Do you find it stressful to always need to be thinking about streaming?

Yeah, I mean sometimes I go to sleep an hour or two after a stream and then I wake up and go oh damn it’s almost time to stream you know? So yeah, it does get to be really stressful at times. Like I’ll want to take the night off but I really shouldn’t because it really is what I want to be doing so I’d rather stream and keep on schedule because there are people who expect my stream to be there. When it comes to de-stressing, I’ll watch shows, anime, stay in bed watching TFT streams for hours at a time. I love watching this game. I love playing it as well but I really do love watching it too, it’s really relaxing. It can also be a lot of fun to watch top players and see how their play styles differ from mine and what comps they play. It can be a big learning experience for me and more importantly I find it really fun. I think one of the reasons I think this game has so much potential is that while it is really fun to play, I also think it’s really fun to watch. I could watch TFT streams for hours and not even care about anything else.

So you watch other streams and see things that you really want to test out in-game as well?

Yeah, for sure. When I watch players like Tabbz, or Alan, or whoever, sometimes I’ll see them play certain comps or build items in a way and be like oh damn that’s really smart, it’s a really good idea and I want to incorporate it into my own game play.

How excited are you for the future of TFT and the direction Riot is going to take it in as a competitive esport?

I’m super excited. I think that the competitive format should probably not be like the LCS system but more like a points based tournament system, I think that would be the best direction for the game in its current state. Because I mean you don’t really get to choose in a whole lot of games if you’re playing for a first place or top 4. It’s kind of based on how your early-mid game goes. But over the course of maybe 3, 4, or 5 games, your average placement in those games should determine who the best players are. But I’m really excited to see where Riot goes with it and I can’t wait.

I want to be able to prove myself as one of the best players on the biggest stage.

Welcome to Team Liquid. We’re happy to have you with us!

Thank you so much.