December 10 2019
We are pleased to announce that Jenkins has resigned with our Academy team for 2 more years! To commemorate his extension we decided to sit down with him and discuss his decision to stay with the team, the happenings around the league scene, and his thoughts on Kennen builds. 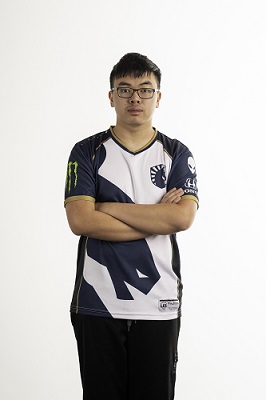 What brought you back to TL?

Jenkins: For me I really like the org. I think everyone is very thoughtful about what the players want, I really like the coaching staff- like Yaltz, for example, helped me improve a lot during the summer split. Just the environment of TL made it feel like everyone was like family here. Like when you walk in [the door] everyone says hi. Like, they’ll just greet you. You feel like you’re respected here. Everyone treats you as if you’re on the same footing, which is nice! I think that was my main selling point. Everyone treats [the players] like they’re the same anyone else, which is great!

I’m sure Manny’s food helped with that too!

Jenkins: Of course! Probably my favorite time [at the facility] is going into the kitchen and talking to Manny.

What do you think of the Academy system in general as it is right now?

Jenkins: I think Academy is better than just [having] the challenger scene. [Especially] without the relegation series, which was a good way for players to move up if they were playing better than the bottom two LCS teams. It feels pretty organized and I think the exposure from Academy is better than in the challenger scene...I think [the offseason twitter buzz] is blown out. Yeah there’s a lot of imports, but it could be just that there’s just not enough talent here in general. Yeah there’s players like Niles in collegiate, but I think that Academy is fine right now. There’s just not enough room for everyone, which kinda sucks. Which if we had something like European Masters it would be even better. But right now I don’t really have much of a problem with Academy.

You mentioned EU masters there, so if you were to make changes to the current Academy system, would you prefer a continent wide model similar to that of EU Masters? Or sticking with the LA based system we currently have?

Of the Academy team rosters currently announced, are there any that catch your eye?

Jenkins: The TSM one seems interesting. There’s Dholka, KatEvolved, Lost, Spika, and Treatz. I think that team is already good enough to play in LCS. I think they’re going to be top 3. I’m mostly excited to play against the LCS top laners that moved to Academy this year.

Do you think that it’s harder for teams with strong LCS rosters like us to sign strong Academy teams as well due to their almost guaranteed lack of LCS sub play?

Jenkins: I don’t think it’s any harder per say. The way I like to think about it is that we get to scrim and watch the main team so if anything we have more resources to improve through as an Academy team.

So did Impact teach you anything using this one-on-one scrim training?

Jenkins: *laughs* Uhhhh...I think he just taught me to be a bit smarter with my waves. There were a couple of times where I would scrim against him and, I’m kind of ballsey when I play. Like if I see a solo kill I’ll just kind of go for it but Impact just doesn’t really let that happen. Because if you do he’ll just punish you for it. Any time you mess up your wave once you get punished pretty hard for it.

Is there a specific skill in particular that you think LCS pros have that Academy players lack?

Jenkins: I think just being more consistent. Like, I think Impact is one of the most consistent players, Hauntzer would be a close second. They always do consistently well in lane even without resources. I think if you can play your game [well] despite the other variables in the game at a consistently high level, you should be able to go to LCS.

Jenkins: I think AD is kind of stupid. It has winning matchups, but if you play AP you can just win. If you’re good enough anyways you can win every match up. If you lost its because you miss played or the enemy played that much better than you.

Do you have a dream scenario for the upcoming year’s meta?

Jenkins: Just like, if anything works top I’d be happy. Last year was one of the more flexible years top lane. Like we saw BrokenBlade playing Azir top, there were a bunch of weird picks top. Azir top is weird and I personally don’t want to play against it, but if everything worked top I’d be happy, ya know? Right now it's a pretty counter pick heavy meta but I think anything [working] is fine. I would love to play anything I wanted top and just make it work.

Anything you want to say to the fans before I let you go?

Jenkins: I hope you guys look forward to watching us play. I think the roster, from what I’m seeing so far, is going to be pretty good. I think we’ll show up pretty well so please continue to support Team Liquid!