If you were watching the Apex Legends Preseason Invitational this probably will not come as a shock. We'd like to introduce OhNocturnal as the newest player to join Team Liquid's Apex Legends roster!

Nocturnal is one of the hardest workers we've ever met. His work ethic and dedication to improving is something we noticed immediately when we spoke to him and watched him play and we knew he would be the perfect addition to our team. He has extensive experience in esports dating back to the Halo 1 days and nobody knows more about what it takes to become the best than Nocturnal. Our goal is always to be the best in every game we enter and we believe that with OhNocturnal we've taken one more step towards that goal in Apex Legends.

We spoke to him about where he got his start and why he loves the FPS genre in an interview to help everyone get to know him a bit better now that he's officially part of Team Liquid. 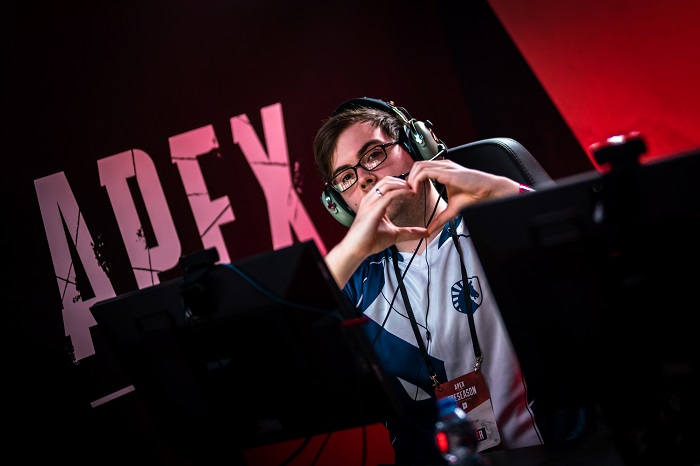 What was the primary reason you decided to play for Team Liquid?

I mean, you can’t really say no to Team Liquid. You see the name, the jersey, you see what they’ve accomplished over the years and you see the legacy. I want to be a part of this monumental wave Team Liquid is on in esports.

What made you decide to play Apex Legends competitively? What made this your game to play?

Hm… the developers. They’ve been nonstop since day 1 working with the pros fixing the bugs, fixing the problems that the game has had. Granted they have been a little slow at times but they’re still consistently being the best. Be it Ghost or anyone else they are always replying to people on twitter. Anyone who has a problem, they’re talking and responding whether you are a 0 follower player or have a million followers. They’ll talk to you no matter who you are. I came from Fortnite so, going from the devs from Fortnite to playing with Apex devs and it’s just like… God I love these people *laughs*. Also Ghostayame was like a personal idol to me when I was growing up watching Halo.

Did playing Fortnite help you when you made the switch to Apex?

So I played Fortnite professionally, or well “professionally” because everyone says they’re a professional for that game. It taught me how to play smart, not to waste resources and waste your lives or teammates lives and play out games as much as possible. Fortnite’s rotations are a lot easier compared to Apex so it was kind of like going from easy mode to really hard mode. It was a very night and day experience and I definitely enjoyed Apex more than Fortnite.

Did it take you a while to get used to the new mechanics and abilities of Apex?

Yeah, I still have some sort of delays with abilities I’ve noticed. I don’t have the muscle memories of trying to flick and build anymore but I need to get the muscle memory to for example instantly Q on Wraith and going invulnerable and escaping instead of taking the 1v1 or 1v2 before my team can help me. I’ve still been struggling a bit to use my abilities but it’s something I’m aware of and that I’m working on!

What’s one of your most memorable moments in esports?

That's a really tough one. I think my first lan ever when I was maybe 12 years old and just playing Halo casually. That’s a good one. It was just me by myself going to a lan against 60 other people in Pennsylvania and that was the first experience with esports I’ve had and I’ve never looked back. I still have the shirt I got when I won!

How long did you play and follow Halo for?

Back when I was on the USA channel so maybe 12 or 13 years ago. I stopped after Reach and fully switched to League of Legends and PC esports for maybe a good 6 or 7 years.

So you’ve always been interested in the FPS genre?

I’ve definitely favored shooters for the most part. I played Halo 1 since it came out so like Halo 1, Halo 2, Halo 3, Reach, any CoD I played in the meantime too. I took a break when Reach came out and switched to League of Legends for 6 or 7 years and that was my first moba and I played at challenger level from season 2 to season 6 or 7.

What do you think made you so good in some very different genres like Halo and League of Legends?

I think it’s a mix of competitive drive, worth ethic, and being the best version of yourself. Gamers love playing games so once a new game comes out and you feel it, you know you’re going to climb the ladder or whatever ranking system it has, you want to be the best at it. So I think overall it’s just mentality, your work ethic, and drive to be the best. Plus I actually think grinding can be really fun.

Depending on the game I’ll agree with you

For people who would want to make that grind in Apex, what’s some advice you could give them to help them improve?

It’s a really tough spot to break through in Apex because we’re rotating out of the clout based invitational tournaments but always stream your games. Grind away in predator because if you’re the person who kills every person in your predator lobbies you’ll get noticed, there’s no doubt about it. One of my friends, PrimalCinder, has been grinding ranked for at least 6 or 7 hours a day, he’s like top 10 and he’s got his name out playing that more than any of the APL leagues which I think have actually died out. But yeah grinding consistently every time when all the pros are playing and trying not to piss off the pros *laughs*. It’s kind of a touchy subject in ranked cause most pros are really moody when it comes to that but just do the best you can, don’t stream snipe people, don’t clout farm, and just grind your ass off cause I think this game is worth it.

What direction do you want to see Apex go in?

I think open qualifier tournaments is definitely something I want to see. I want to see customs, better servers, servers are definitely a major issue for me right now. There are a lot of ping and consistency issues but yeah I think open qualifier online tournaments the way Fortnite or other games have done it would be beautiful for the game. Anyone could do it, at least within reason because I don’t think a level 1 new account that could be cheating should be allowed in but lets say level 80 accounts or have a predator requirement or something like that.

For the current state of competitive, what do you think of some of the new leaked Legends and the way they are developing them?

I personally don’t really like it, but I understand why they’re doing it. The only reason I’m against the way they’re developing these characters is because you’re playing a BR so you can’t really see what other people are playing. You can only guess off the metrics of what you’ve been seeing. It’s not like League where you have a pick and draft ban and you can counter pick based on a bunch of different factors. I imagine these characters will all have their own play styles so it might open people up to play their super aggressive play style or super defensive play style where you bunker up in buildings. I think each of them will have their own unique aspect to teams styles and they’ll definitely be good for the game but I just don’t like how niche they’re going to be. I don’t want them to only be viable in very specific situations.

That just about wraps it up, anything else you’d like to say?

Thanks everybody for supporting me, I’ve been grinding my ass off and finally happy to be making it. I’d like to thank Team Liquid for everything, my girlfriend for supporting me and all my friends. I’m really looking forward to the future of Apex and hopefully being number one!