Melee Gods Watch Out: ChuDat is Back

If we’re going to be perfectly honest here, you were probably surprised to see ChuDat in fourth place at Shine. But you’ll soon be quite used to it. Expect to see ChuDat on the leaderboards at Mainstage this weekend, too. Hell, ChuDat might even win the whole damn thing.

This return to form shocked the Smash community at Shine. There’s no doubt. But it wasn’t an accident. It wasn’t random. ChuDat made the decision to practice more and study up on his opponents leading up to the major. And it worked. He chose to be in the top four.

The God slayer has returned. 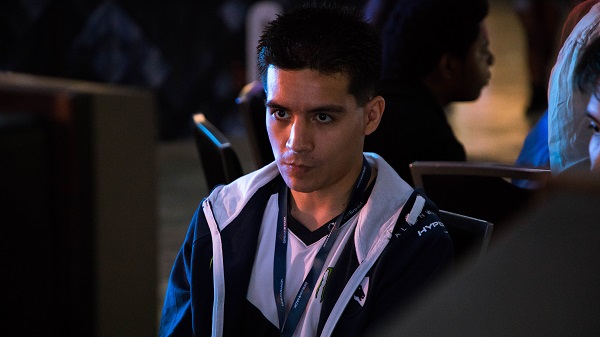 How did you feel after Shine?

Placing 4th at Shine was a dream. I haven’t done well at a major tournament in a really, really long time. The last time was 2017 when I was beating all the Gods. I feel like I’m back on top.

Before that 4th place, it looked like a lot of 9-12th placements. What do you think made the difference this time?

I believe that I not only put a lot of hours into Melee, but I have also been studying. Against Fiction, my first match in the Top 12 on Sunday, I made sure that I watched a lot of matches where Bananas played Fiction. He plays my character, Ice Climbers, and beat Fiction at two previous tournaments.

I noticed a couple things he was doing to Fiction that I could use to my game, which I usually don’t. I’m usually safe and conservative. I just chill. I don’t try to make any hard reads and wait for them to make mistakes. I actually have to be proactive and force them to make those mistakes.

So I studied and applied it, and I ended up beating him 3-1.

Two years ago you said you were beating the Smash Gods. Do you think the way people play has changed since then?

When I go into a match and fight these guys, they just rock me. They have so much practice against Ice Climbers.

Why do you think the meta changed to that playstyle?

That’s just the evolution of the game. It becomes more defensive. In the beginning, people don’t know what they’re doing. They were going in and pressing buttons and as fast as they can. But you have these tourney winners that really, really want to win. The only way to win is to play defensive. That’s just the natural evolution of the game. It’s going to be a hard ride, but we have some tricks up our sleeve that people won’t expect. 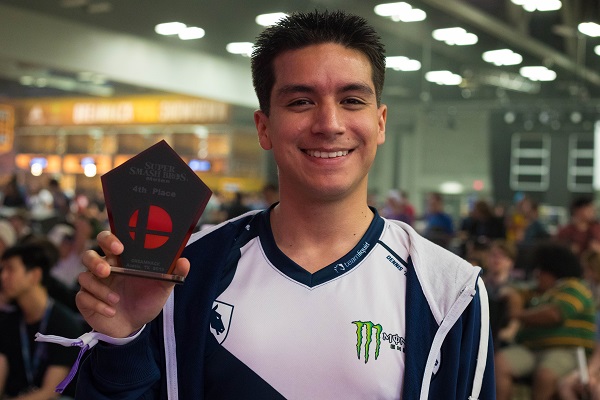 The change in playstyle is also interesting because of how old Melee is. It’s not like there are patches or anything.

The game has so many difficult techniques to learn. There’s so many things that even top players are trying to perfect. Even with me, I haven’t perfected all my techniques yet. Sometimes I’ll make mistakes. Instead of doing a short jump I’ll do a large jump. Sometimes I won’t L-cancel a move, or I’ll mess up a jump cancel grab. It’s just a really, really difficult game to perfect. That’s what keeps the game going. People want to reach that level of perfection. I feel everyone is so far from that. We might never, ever get there. That’s why we’re so addicted to the game.

You also said there’s more players using your main, Ice Climbers. Why do you think some competitors are turning to that character?

A lot more people are playing because they realize how easy it is to win with them. That’s thanks to the wobbling technique. It puts you into an infinite grab combo. You’re pretty much dead once you get grabbed. You can take one entire stock from one grab. I think that’s why a lot of Ice Climber players are popping up. It’s an easy way to get into the game. You can beat low level - and even high level people - even though your skill level isn’t that great.

Don’t you think that’s not a good thing to be known for?

If you can get a couple reads as a high level player, you can actually just turn the stock in your favor. But if all you do is rely on wobbling, you’re going to be out of luck. You’ll never understand how the game works.

What initially drew you to the Ice Climbers?

The way I got into Ice Climbers was through a Japanese video I watched in 2002. I saw a Japanese player doing some cool things. He would grab with one climber and do another move, like Blizzard, with the other. Then he would down throw and then forward smash with the second climber. I really wanted to try it.

I tried it out in Training Mode. I kept playing the character against my friends and found a lot of success. It’s just content you never see in fighting games: Controlling two characters in one. It was just a really fun concept to me.

Before that, you had Scorpion, Sub-Zero… All those normal characters that only fight using fireballs. Then in Smash, most of the characters have swords. They’re really basic characters. Ice Climbers are just a cool concept. The creativity you can reach with Ice Climbers was really interesting to me. 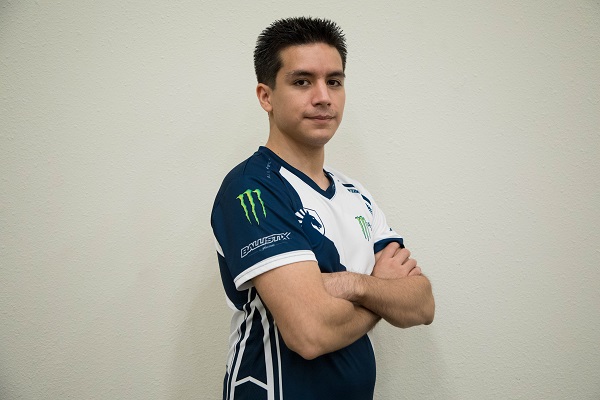 Speaking of unique game play, I heard you competed with a Level 9 Luigi as your Duos partner at Shine.

Unfortunately, Hungrybox arrived on Saturday even though he was supposed to be here Friday for doubles. When he couldn’t make it, I was forced to play with a Level 9 computer in the meantime.

I tried my best and got out of pools. I almost beat some really, really good players. Tango - a top 5 Jiggly - I almost beat him with the Level 9 computer. It was so close. It was down to game three. I ended up losing to them, and then to another team that I brought to the last game, too.

Do you think people may have trouble against a CPU because they’re not used to the way they play?

They’re not used to their style. What a computer likes to do is use a move that comes out super fast when you try to hit them. It puts you in stun. Luigi’s neutral air. If you hit him at all, he counters with that. It’ll pop them up and then I’ll follow up on that. He’s a really tricky opponent. It’s a gimmick pretty much. He can hold his own against somebody while I fight the other guy. I was able to do well with the gimmick, but not well enough.

Are there any other CPU fighters you would have considered as a partner?

To be honest, I never tried any other CPUs in teams before. I always felt like Luigi was so much stronger. They don’t have a gimmicky, tricky counter attack. They’re all really easy to hit and they’re easy to kill. But you can’t kill Luigi. He has a lot of really fast moves.

Now that you’ve proven yourself - even with a CPU partner - at Shine, do you think you’ll be taking future tourneys just as seriously?

I do plan on practicing more and taking other events more seriously. I plan on studying more. I play a lot of Smash on my stream, where I get most of my practice. If I keep up those two things, I think I can do really well at the next Major. I may be able to take it if I do really, really well. I think I’m definitely capable of beating a lot more people.

Armada was the only one who could beat me in 2017. It was a really bad matchup for me. But since he’s out of the picture, I realistically have a chance to beat anyone in the Smash community if I play my cards right.

Are there any events you’re looking forward to?

The number one event I’m looking forward to is Mainstage. I’m really excited about that. I think I’m going to do really well. I think it’ll be really hard because SoCal people will be there. It’s going to be a good time. I’ll also be teaming with Hungrybox. I’m looking to take doubles as well. That’d be really nice if Team Liquid could get a victory at one of these major events.