The Confidence Needed To Win

Team Liquid’s CS:GO squad has no shortage of talent. On any given day, it’s possible to overlook one player’s strong performance in favor of another’s. Fans can easily focus on Twistzz’s aim, Nitr0’s in-game leading, Stewie’s clutch plays, EliGE’s dynamic entries, and NaF’s grenades and positioning. What’s harder to notice just by watching the game is the coach.

Eric “adreN” Hoag is a longtime player and in game leader, a first time coach, and a name you should know. Standing stoically in the back of the booth, in a role that even CS:GO analysts and players don’t fully understand, adreN is the team member you’re least likely to know. But make no mistake, he’s one of the fires behind this team’s massive win streak.

There’s no shame if you’ve overlooked him thus far. After all, adreN isn’t looking for attention. And he deflects in just about every interview. 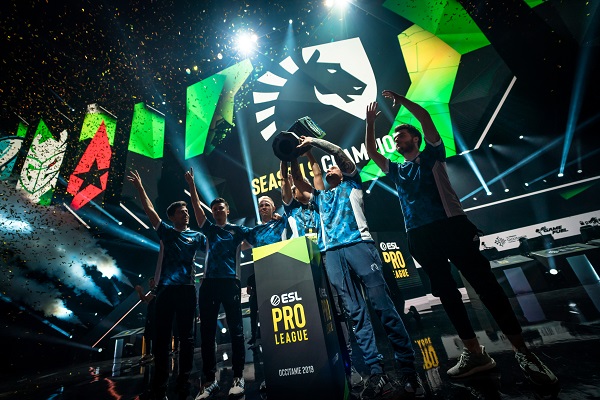 “I don’t want the spotlight,” he told me, “I want the players to have all the spotlight. When I go into interviews and stuff, people are always wanting to ask me, ‘Oh my God, what are you doing for the team?’ And like, they’re wanting me to take the success. No, the players are the ones in the server, they’re the ones making the plays happen. I’m just there supporting.”

He isn’t wrong. The players are responsible for their own performance. They are the ones landing the shots. But if you listen to the players, they’ll give adreN the praise that he’ll rarely give himself. In a DBLTAP interview, Twistzz had only good things to say.

“Eric’s [adreN’s] amazing. He keeps us focused and he always makes sure that our goals [are] the same. He sets a goal for us each practice and he always comes into practice with something new. And I think he was the reason [...] we progressed as a team pretty fast and he really helped us transition Stewie into the team.”

Even as an outsider, it’s hard not to give adreN some credit. Imagine a team having a massive mental block around the finals of tournaments, then adding a new coach and overcoming that block in only a few months. Much to adreN’s consternation, all of us interviewers want to assign him the credit. It feels logical.

It’s even harder to know how much credit to give because no one fully understands what a CS:GO coach does - including CS:GO coaches. 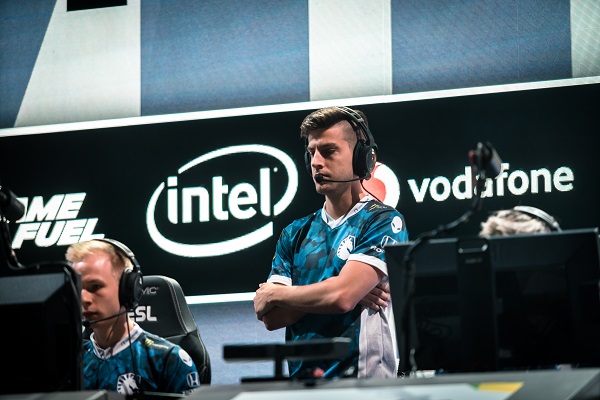 “What does the coach do?”

“Coaching’s kind of like…” adreN said to me, pausing as he tried to figure out what coaching is like. “It’s kind of like, ‘What does the coach do?’ And I’m assuming other coaches probably think this. I feel like there’s not really that much known about what a coach does. And every coach on every team is probably doing something different.”

With that in mind, I wanted to know what coaching meant to adreN. How he handled it, what he prioritized, and how all that lead to the creation of a winning team. I interviewed him before the Major in Berlin to find out.

For starters, adreN’s coaching goes far beyond strategy. Strategy is second-nature to adreN, so it didn’t seem to concern him much.

“I always had the mind for the game,” he said, explaining how he became an IGL and then a coach, “[...] It’s just like a chess game. You gotta read the rotations and read the 4v5 set ups and pick the strategies that work best against that set up and you kinda just picture it in your mind.”

When he talked strategy, he treated it like a “square one” in a game where cohesion and execution were how a team advanced along the board.

“I think we have a great foundation and like a really great strat book,” he said. ”As long as the team is on the same page, it doesn’t really matter what we’re doing. If everyone knows what you’re doing, it’s gonna work. Even if it’s a little stupid, you know, whatever. You might catch the other team off guard. [...] The team being on the same page is the most important thing rather than just having the perfect strategy for the perfect moment.”

AdreN’s coaching philosophy isn’t in the X’s and O’s, it’s in the execution. “There’s every strat out there in the book for you to steal. Every team’s kinda running the same stuff, it’s just when you run it, where you run it, how well it’s executed compared to other teams. [...] I think it’s all about just doing the basics super, super well. [...]”

Like most quality coaches, adreN uses his own experience to create a more efficient system for the team. In turn, these systems help even out execution and create cohesion. He told me how his own time as an IGL taught him that it’s toughest job in CS. Coming into the team, he didn’t want nitr0 to feel the same drain as he did and he spent a few minutes walking me through how he and the team spread out the decision making responsibility so that nitr0 didn’t have to micromanage everyone.

He went over different options off of default scenarios that the team could run, giving everyone more voice in calling audibles. In this case, more voices in the game doesn’t clutter the comms as much as it takes some weight off nitr0’s shoulders and lets the team play more cohesively and instinctually. He also helped nitr0 pick options to different, common scenarios so that nitr0 wouldn’t need to rack his brain for a play every round. AdreN stressed that it’s particularly helpful in down moments. If nitr0’s - or the team’s - frustration blocks out their creativity and quick thinking, they have something to default to.

Where these gameplans and systems seemed helpful, they weren’t adreN’s main focus. More than anything else, adreN honed in on confidence. He stressed how key confidence is to a team’s ability to execute at several different points in the interview. 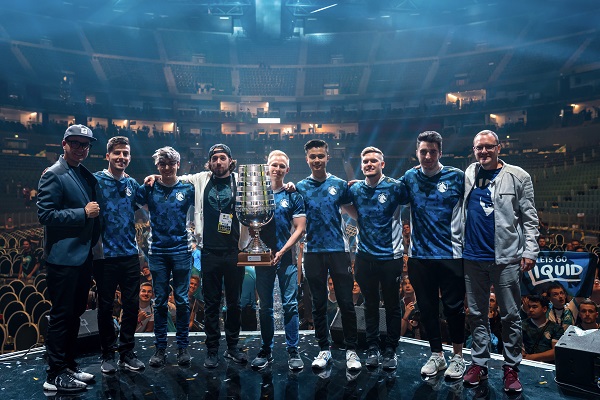 He pointed out how roster moves often give a sharp but temporary bump in confidence: “Teams, when they make a new roster change, I always call it the honeymoon phase. And that’s usually the phase when they’re playing their best because they don’t really have too many expectations [...] but then when they start actually thinking more and trying to be more structured [...] they start second guessing their decisions instead of playing naturally.”

He highlighted this as Astralis’s biggest potential weakness going into the major.

“The only thing that could hinder them [Astralis] is the confidence going in. Like if they’re trying to second guess themselves now that they started losing. Before they were winning everything so every decision was coming so naturally and so fast…”

He even called it out as a part of how Team Liquid overcame their Finals mental block. He recalled how once the team started winning, they grew more confident, which “helped us immensely.”

If confidence is key, then it’s also the reason why adreN could help the team unlock their full potential. He believes in this squad more than most people believe in, well, anything. If I asked a question that concerned the team’s success in any way, then rest assured that adreN spoke to the talent of the roster. Here’s a compilation for you:

“I think the team is almost perfect in terms of decision making.”
“We could probably run any strat and probably win it just because of how talented these players are. [...] Even if we’re down in like a 2v4, I’m like, ‘we’re winning this.’”
“The team works super well at audibling and changing the strat mid-round. I think the team has that great chemistry.”
“[Stewie will] go in and he’s not afraid to make the big day plays or risk a push here or there and I think a lot of the other people follow that. You know what I mean? So I think Stewie does a lot in bringing that confidence to the team.”
“He’s [Nitr0’s] super, super, super skilled so the only thing that would bog him down is sometimes, you know, IGL’s thinkin’.”
“I’m glad to be supporting this team. It’s such an honor to be coaching the best team in the world and for it to be all 5 NA.”
“I think everyone’s confident in everyone’s ability to play well.”
“Everyone was like damn, with this roster we can win everything.”

At that point, I completely understood why he works so well as a coach. He centers his coaching game around creating confidence and enters the arena with total confidence in his team. He believes this team might just be the best Counter Strike has ever seen and so he coaches them like they are, right down to his tactical timeouts and his calls.

“I would take a pause,” he said, getting animated as we discussed the times TL would underperform in finals, “and we’d be down 6-0,7-0. And I would be like man why the hell are we playing so fucking passive? We have five of the best players in the world right now and we’re just sitting back and not really doing anything. We gotta make use of the talent, right? Sometimes it was just me pushing them and I would do that by calling a fast strat. You just gotta let these guys run around and shoot. And then after you win one round these guys are like, ‘Oh shit, we’re actually insane!’ and they’d play properly!”


He went to explain how frustrating it was to see the team play default and not pressure the opposition into using utility and making sacrifices. It was obvious he understood how much each grenade and kill meant not only to the enemy team’s economy but to the emotions of each team and the pace of the game. It was even more obvious that he felt his team could control the pace, the economy, the emotion, and the entire match better than any other team in CS right now.

That confidence is something to behold, especially because it’s not loud. AdreN is not overbearing or blustering when he talks about the team. AdreN is calm in his confidence and that makes it feel all the more dangerous. That sense of calm makes his confidence feels so sincere that it borders on certainty. Imagine how anchoring a presence like that could be. Imagine how reassuring it would be to have a person in the room saying, “We’re still the better team” when down seven rounds. Imagine that, and it’s easy to understand what adreN does as a coach.