An Era On The Line In Berlin

While Astralis had their golden age in CS:GO, Our CS team had a silver one of their own. And it was surprisingly bitter. It wasn’t only because of the second place finishes, though. It was the sense of stagnation. In any sport, one of the toughest things to be is stagnant. When a team stagnates, it becomes the sticking point for every talking head in the business. Getting stuck at second means that the only way to make a positive narrative is to win it all.

In 2018, winning it all was a tall order. By March of that year, Astralis had kicked their own semifinals curse, winning almost every event they attended. They capped their year off with four back-to-back wins at big events, and earned themselves a Grand Slam (four wins at Master level CS:GO events in a short span). If Team Liquid was a clear second, then Astralis was an even clearer first.

That was why, by the end of the year, Team Liquid needed a change. In the world of CS:GO, that meant a roster change. Rather than reach out for international talent, the team doubled down on NA. They rounded out the roster with Stewie2K, and picked up adreN as a coach. Stewie and adreN both had huge narratives behind them when they came into the team. 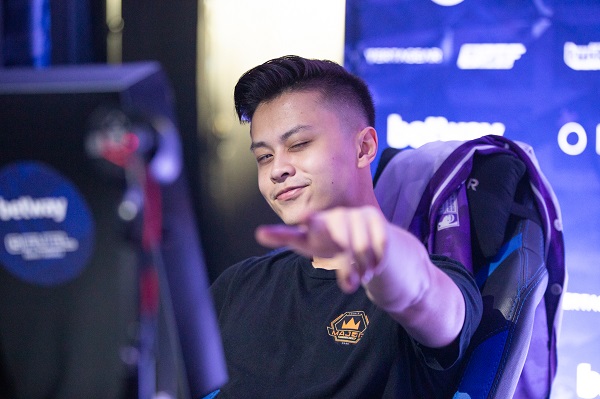 Stewie2K was NA’s original savior - our own region’s god of clutch. He won the first Major for NA when he led Cloud9 to upset FaZe in Boston. He left for MIBR to play with one of the world’s best in Coldzera, and now he was returning home. It wasn’t a quiet return either. He was coming back to play with NA’s best team.

For adreN, it was a return, too. He’d been on Liquid back when we first expanded into CS:GO, playing with nitr0 and EliGE when their careers were just getting started. Now he returned as an out-of-game leader to keep the team steady.

In the world of Liquid, a change is rarely just a roster change. At the end of 2018, the work went a lot deeper than that as the team worked with their manager, Steve “JokaSteve” Perino, and their sports psychologist, Jared Tendler.

“Nitr0 and I developed a lot as players through experience and from the help of Liquid through our sports psychologist and manager,” EliGE told us in an interview.

Coach adreN added a bit more detail, saying, “Our sports psychologist has helped us [by] creating a list as well. Mentally going in, this is the checklist we need to go in with.”

It would take nothing less than a full effort from all ends of the team and the organization to beat Astralis. The players and staff knew better than anyone that this was a legacy team they were facing. For someone deeply involved in the strategy, adreN understood how good Astralis had to be to stay at the top with everyone looking over their shoulder. 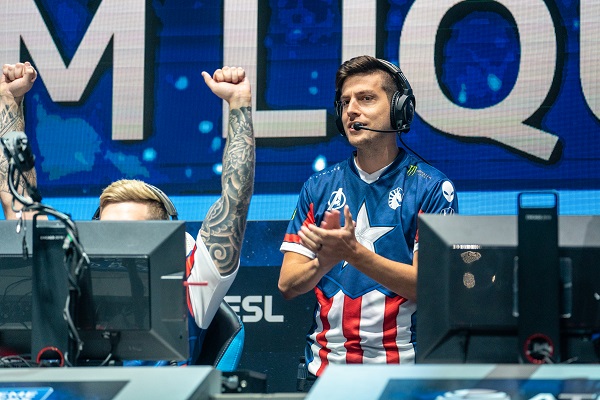 “Being the number 1 team is like the hardest thing to do because all the eyes are on you. It was actually crazy that Astralis stayed up top so long with everyone watching them and stealing their stuff,” he said.

So it was all the more surprising that 2019 began opened with an upset. Team Liquid took their first win against Astralis in months in the very first big tournament of the year: iBUYPOWER Masters IV. Surprising as it was for the audience and analysts, it was a bit more expected for the team. They were just shy of the mark in several tournaments in 2018 and they could feel their chances getting better with each event.

AdreN credited the experience of 2018 as part of why the team immediately found success in 2019.

“They had a rough 2018 if you’re thinking about how many finals they lost but I think that experience they got through that whole year was [...] so invaluable. I think they learned so much, and the fact that they kept their heads up high was so important.” EliGE added to that in his own interview, saying, “I think that it [NA’s success in CS:GO] is the result of a building process throughout the years as a team that led it to us with Liquid.”

However, as much as the team saw iBUYPOWER as a breakthrough, the rest of the CS:GO world wasn’t so sure. iBUYPOWER did not measure up to the quality expected of a top tier event, and players across teams complained about technical issues that marred the tournament. Even though the issues applied evenly to all teams, it would put an asterisk next to the team’s win.

The next few events made that asterisk feel real. Team Liquid took a few reality check losses at IEM Katowice, BLAST São Paulo, and BLAST Miami. It wouldn’t be that easy to take the throne, and it would take longer for Stewie2K to gel with the team. The biggest scare came from BLAST Miami, where the squad lost to FaZe in the Finals, a team everyone ranked below Liquid. Whispers of the finals curse returned. 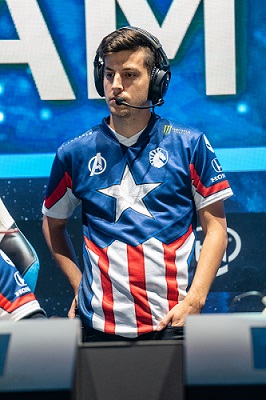 But iBUYPOWER wasn’t a fluke, and this wasn’t the same team as in 2018. This team had a brand new fire and came into each Finals with less fear than the last. That fire showed in the match - where the team refused to let their opposition set the pace - and out of it, where the team would scream and celebrate after their clutches and win streaks. The fire burned bright at IEM Sydney, the single breakthrough moment where the Finals curse finally broke.

Though it was a strong event, IEM Sydney was Team Liquid favored from the start. With no Astralis, Vitality, or ENCE in attendance, it should’ve belonged to Liquid from the outset. The problem was, these were the tournaments TL would drop.

When Finals came around, the curse still loomed. They faced Fnatic, a team that was good but not on the top 5 level of Liquid. Fnatic played their hearts out and brought the series so close that everyone wondered if this would be another tournament Team Liquid let slip through their grasp. It wasn’t.

3-2, Team Liquid. And this was just the beginning. Team Liquid would go on to electrify the world of CS. They won at Dreamhack Dallas over the likes of FaZe and ENCE, proving that they were a cut above, even within the top five teams. After that, they went on to win the ESL Pro League Finals over G2, 3-1. But the Finals weren’t the story this time. Due to odd upsets against both TL and Astralis, the two top teams faced off in Quarter Finals.

This was the moment for Team Liquid to take the number one spot not just in the HLTV rankings, but in the minds of the entire CS scene. And take that spot they would. 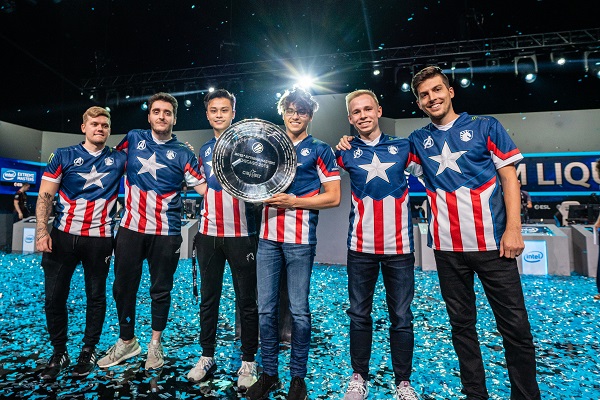 In a 2-1 win, Team Liquid knocked Astralis out of a tournament before they had even reached Semis. The series was a tight battle, but this was a new Team Liquid coming in with a new map pool. Now, they were winning on Inferno, Mirage, Dust 2, and Vertigo, so they could afford to drop Overpass, their own map pick, to Astralis.

For EliGE, the occasional loss on Overpass doesn’t shake the feeling that it belongs to Liquid.

“I don’t think you need a 100% win percentage on a map for it to be a home map,” he said. “We haven’t won every game on it, but I think it is the one map that we feel like we have an advantage over other teams and a map that we know a lot of the possibilities.”

Team Liquid started winning so much that the team realized they could win a Grand Slam in record time. To win a Grand Slam, a team needs to win four Masters level CS:GO tournaments in the span of 10 consecutive tournaments, a very tall order. Astralis managed to win the last one and now Liquid had a chance to win this year’s in almost half the time.

The Grand Slam immediately became the next target. 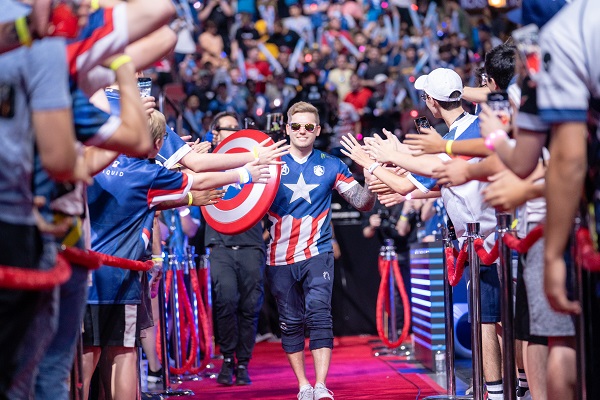 When ESL Cologne rolled around, the team had the perfect opportunity to cement their status as #1 and win a Grand Slam. And they wouldn’t waste it. They took wins against NaVi, NRG, and Vitality and won the tournament in their most convincing fashion yet. They won 3-1 over Vitality in the Finals and never dropped into the Lower Bracket. After Cologne, the team would 3-0 ENCE in the Finals of IEM Chicago and end any conversation over who was #1 in CS:GO

It’s Team Liquid. For the first time in a long time, it isn’t Astralis. For the first time ever, it isn’t a European team, it’s a North American one. Team Liquid did in 2019 what Astralis had done in 2018. But, it wouldn’t be fair to call this the same story. Team Liquid came up from underneath another dynasty, out of a region that had long been memed on for its lack of skill. Team Liquid burst into the scene as one of the most dynamic and strategic teams to watch, a team that bantered and yelled out of server, and played loud, aggressive, and confident in the server. Team Liquid showed they weren’t just built to rival Astralis, but to be their own entity.

They’ve proven themselves and now, all that’s left to prove is their era. When asked what it would take to call this the Liquid Era, Elige said: “ If we still keep winning IEM Chicago and then the major afterwards I would think it could qualify as well.”