July 27 2019
QuakeCon is back and Rapha and DaHanG are more than ready. In fact, the entire Quake community is more than ready after an entire season devoid of any Quake competitions at all.

“It has been many months since the last Quake event, so I’m just looking forward to having another major LAN tournament,” DaHanG said.

Bethesda had taken that time to come up with an entirely new course for Quake esports. QuakeCon will be the start of the newly announced Quake Pro League, which will provide guaranteed tournaments until QuakeCon 2020. And that makes QuakeCon more important than ever for Rapha and DaHanG, since it’s just the beginning of an entirely new chapter in Quake’s competitive life.

And they want to start out on top.

Said Rapha: “Every tourney I go to, I’m doing everything I can to shoot for number one. If you’re aiming for anything else, you’re selling yourself short. And that moto hasn’t changed, so I’m viewing this as if the last event didn’t matter and QuakeCon is a brand new fresh start. I’m motivated to win.”

Still, with the lack of tournaments leading up to QuakeCon, both champions haven’t had as much practice as usual leading up to this major event.

For Rapha, this hasn’t been a problem. Currently considered the GOAT in Quake, he said he’s “not worried about not being in shape” for the upcoming tournament. He’s been playing the game consistently for most of the year, ramping up the practice hours as the event draws nearer. He’s also been reviewing VODs, hoping to improve the quality of his subsequent practices.

“I feel like I’m playing really well right now and hoping it all comes together to hopefully win yet another Quakecon this year,” he said. “But like every year, it’s going to be really difficult with all of the players that are going to show up.”

This includes Myztro’s Raisy and VengeuR, who Rapha feels have been improving leading up to QuakeCon this weekend. Rapha said he would also like to meet Cooller near the end of the tournament. The competition also includes DaHanG, of course. The two might be duo partners, but they’ve also been competing for the number one spot for years. 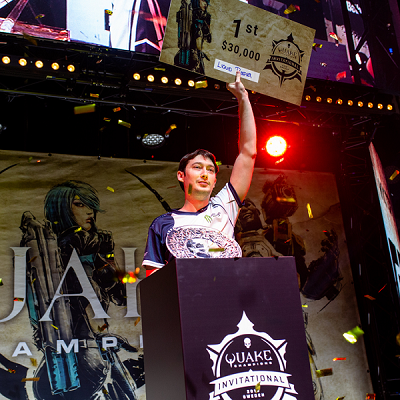 “I’d like to win, but my practice has been inconsistent with several week-long gaps of not playing in the past month,” DaHanG admitted. “I am cramming for the exam now and hoping to at least make a strong showing, like top 4. It’s going to be a marathon in terms of games, so I need to stay focused throughout it all.”

Work and travel have taken some of DaHanG’s focus off of Quake, and now he’s quite worried about his streaky mechanics and aim, which he feels will make or break the event for him.

Still, DaHanG is confident. The last major Quake tournament, DreamHack Winter 2018, ended with him defeating Rapha and getting an important first place finish.

“I think being a player for so long it probably doesn’t really make much of a difference with such a gap. Same old, same old,” he said.

Plus, he hasn’t been too worried about the competition after scrimming with various regions.

“I’ve played against some Europeans and, as usual, you just have to compensate for their stronger aim. I don’t even think their aim is that great, but we’re just worse than we should in North America,” he said with a wink.

Despite a lack of tournaments, Quake has made some changes leading up to QuakeCon. Dueling has been shaken up, since developers decided to go back to Time Limit duel instead of Rounds. This is something Rapha has been paying attention to quite closely, since it was released on the PTS servers many months ago, giving competitors time to adjust playstyles and champion picks. 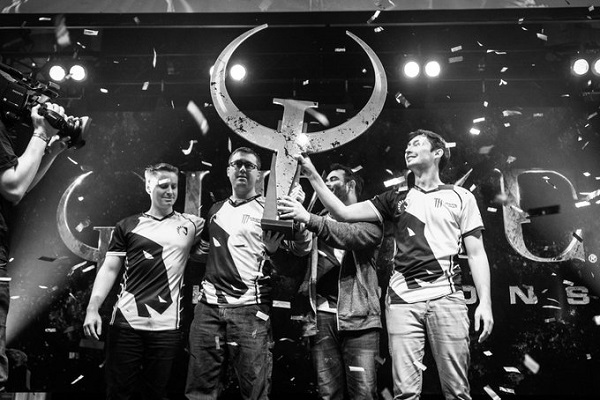 “I think it helps and favors players who do well consistently and are mentally strong because you need to constantly be thinking on your feet. And if you’re really out of control you don’t get a hard reset at the end of a round. You have to really dig deep and try not to let those odds become insurmountable. Time Limit has more of a flow too, since it’s not broken up,” he said.

DaHanG added that abilities were also nerfed quite heavily in the game’s effort to make the champions more balanced.

“Now, for fuel, you have to play item-heavy like in the past. Previously, major items may not have been as important as abilities being up. So, it feels less random now, which is good for a competitive game,” he said.

While those game elements may have changed, some things about QuakeCon always remain the same for the two top players. It’s a time to not only compete, but reconnect with the Quake community. Quake may not have the pull of League of Legends or Counter-Strike, but Quake fans remain loyal to the scene year after year.

QuakeCon is also a chance for Rapha to maintain his number one title.

“It feels good that my hard work and preparation has paid off, but part of that success has to do with my mindset of knowing that that status itself might not last forever,” said Rapha. “And I try to do everything I can to keep it that way by preparing for every tournament like it could be my last one. And it helps that I love competing at this game.”

And a chance for DaHanG to take that spot.

He said: “I prefer playing against Rapha rather than others in the top tier because I know his style,” he said.