The History of the Team Liquid Logo

You can tell which competitor is a part of Team Liquid when they’re up on stage under the lights. And not just because they’re usually the one winning, holding the trophy above their head in triumph. No, it’s the white and blue jersey. And, more prominently, it’s the blue horse head that seems to be determined to race across the front of the jersey.

While that aggressively sharp horse head with the sword-like mane has become synonymous with Team Liquid, you may be wondering where it came from. And, honestly, some of us were, too. So we did some digging through all the horse- Well, you know. And we found the origin of the Team Liquid horse head logo.

Our horse logo has a history that spans over 18 years. God, we’re old. Anyway, the original Team Liquid site, created in 2001, used this banner:

See the white horses? And their majestic manes?

Looking back at this early logo inspiration, many esports historians (aka Redditors) believed the dramatic horse image was taken directly from a scene in "The Lord of the Rings.” This may be due to Victor “Nazgul” Goossen’s in-game ID. But the banner actually predates the release of that film. The horse banner is indeed a reference to The Lord of the Rings but as the movies were not out yet, what is the true origin story of these horses galloping through the snow?

This banner, from 2001, is based on “Avalanche,” a painting by Jim Warren. Teamliquid.net user Smorrie was the one who created the banner, inspired by the painting and knew Victor would like something that referenced The Lord of the Rings.

“I found this pic with the horses running through the snow and thought it was pretty cool,” Smorrie said. “Having the horses together as a ‘team’ and the snow as, uh, ‘liquid.’ The horses in the 'After The Storm'-artwork reminded me of the Nazgul (the Nine Riders in Tolkien's 'Lord of the Rings'). With Nazgul being the founder of Team Liquid it seemed [like] a perfect match, with the exception of the fact that the horses in the image were made out of snow rather than water.”

Admittedly, Smorrie attempted to find horses running through the water first. But when his search came up short (as most searches back in 2001 did), he figured snow was close enough. He just hoped people wouldn’t notice it was snow. But people did more than notice. They embraced it. We kept the banner up until 2010.

People in the early years of esports were quick to accept the name Team Liquid. But, up until today, fans wonder where the name even came from. Like, it’s nice that Smorrie made that banner, but what was the horsespiration behind the name the banner was based on.

Well back in 2000, Goossens, who was 17 at the time, wanted to stand out from other clans on Battle.net. As 17 year olds do. Most clans were using three-letter abbreviation names, usually with all caps. When Goossens formed his own clan, he chose a word that he felt would “mean something” and “sound cool.” That was “Liquid.”

For Liquid fans looking for a deeper meaning behind our name, don’t worry. Goossens had some thoughtful reasoning behind the word “Team” over “Clan.” To Goossens, he figured the word had “better connotations” than clan. It sounded bigger. Bolder. It embodied the idea of teamwork. Collaboration.

Over the last 18 years, “Liquid” has become redefined in the esports world. It does more than just “sound cool.” Now it’s the embodiment of community and integrity. We started out as a grassroots online clan, formed a community site, and evolved into a professional gaming team. And through it all, we’ve had the horses.

Horses have become deeply associated with our brand. Inspired by our banner, fans have offered their own horse logo designs over the years. Being such a community-heavy organization, we noticed the fans’ passion for creating all these horse logos and held a community design contest in 2007. We asked our fans to come up with the first official Team Liquid t-shirt.

The infamous “Winged Horse” shirt was the eventual victor, designed by suffeli. We sold this design for almost 10 years until it was retired in 2016. 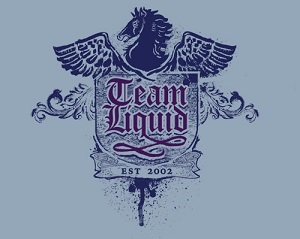 Throughout that time, we contemplated a proper logo as Team Liquid continued to expand and grow into an organization. But we all know how those type of things work out. I mean, cut us a break. We were too busy winning things and the horse banner was cool enough, right?

Here are some of the logos we came up with, meanwhile: 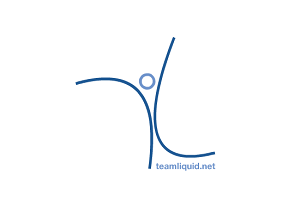 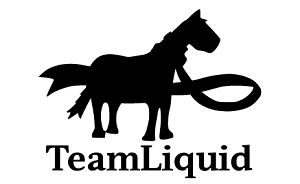 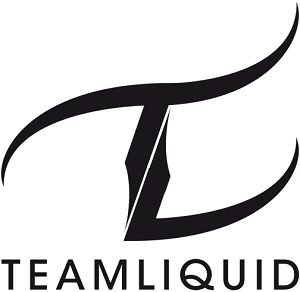 Finally, in August of 2010, Goossens announced that our website would receive a major makeover. This would include a new banner and logo. Our staff member, Suffeli, studied all of the, er, failed logos and came up with a few winners: 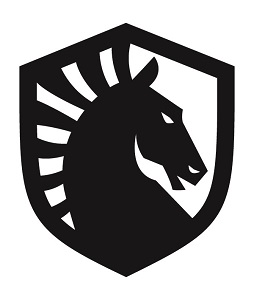 Since then, we haven’t made many changes to the logo. Well, there was one. In 2016, we switched from a seven-mane logo to a six-mane logo. This was quite subtle, but it was still a huge improvement. It balanced the shield’s curvature surrounding the horse head, making the entire logo a bit more symmetrical and appealing.

Over time, the logo became sharper and more defined over the years. But through it all, from the horse-in-the-snow banner to the intense geometric horse on our jerseys, our fans have continued to associate us with the horse. Strong. Stoic. Fast. Eating hay. And through it all, we’ve grown. We’ve gathered more wins. More titles. And we may have lost a mane, but we have gained more and more fans. Our community has continued to grow. And that’s what Team Liquid is all about.

Please log in with your teamliquid.net account to post a comment.
League of Legends | Smash   The Rise of the Resilience Meta Esports is known for burnout - athletes retiring in their mid-20's because they can't keep up. But Coach Bobby and Coach Chung are looking to change all that. They want to see a new world of esports where, as the field grows, so too do the number of veterans within it. By bringing in expertise from traditional sports, from science-based coaching, and from their unique backgrounds, they hope to bring about the Resilience Meta.
League of Legends   Take notes: How TLH is Learning From EG After a shocking 0-3 loss to Evil Geniuses in the Losers Finals of the 2022 Spring Playoffs, Team Liquid’s dressing room is predictably quiet. Quiet enough that, through SQUAD’s camera crew, you can hear the sound of the players’ shoes shuffling against the carpet. After a moment, Liquid head coach André "Guilhoto" Pereira Guilhoto ruptures the silence.
League of Legends   What's Going on With Squad? Six years ago, I was sent to cover the LCS World Championship semi-finals at Madison Square Garden in New York City. Within the bowels of America's foremost sports stadium — where Knicks and Rangers mingle on game days — the rosters of SK Telecom and ROX Tigers prepped for one of the biggest matches of their lives.
Apex Legends   "That’s the Real Version of our Team" Though Team Liquid finished their Apex Legends Global Series Split 2 season on an upswing, climbing to place eighth overall in the North American League, they weren't necessarily the favorites to win it all at the Split 2 Playoffs in Stockholm, Sweden. After all, they were up against 39 squads comprised of the world's very best Apex pros.