Hey Viv, did you see that video of someone giving our League players a motivational speech during their time at MSI?

Whoa, this is awesome! He’s so passionate when he speaks and he really wanted to see our team succeed.

Maybe you should interview him, I think he’s a great candidate for our community fan feature series.

Good idea. I’ll see what I can do.

Hey Hagen! I just saw your video on the Liquid Update thread and I really enjoyed seeing your energy and passion! It would be amazing if I could do an interview with you (:

Yeah that would be awesome!

Great! Let’s get started then. Let me grab my questions.

Okay I got them. First off, how did you become interested in Team Liquid?

It was back in 2012 - 2013. Zac had just been released on League of Legends. I was playing League and I started hearing about tournaments and pro players getting big names and streamers and stuff like that, so I started looking some stuff up. I found TSM first, because they had Game Cribs at the time. Then I found Curse, and when I was watching the guys for the first time, you guys had NyJacky, Elementz, Saintvicious, Cop, and Voyboy. The first video I ever watched of them was Elementz drinking 15 Capri-Suns and then throwing up in the bushes. *laughs*

Yeah, literally. They were in the Las Vegas house that was gigantic, and I watched that video and was just like, “Alright cool, that’s my team.” *laughs*

I’m not sure if you’ve ever been to the live events, but it sounds like you’ve been a fan of Curse and now Team Liquid for a very long time. You also mentioned in your video that you were there during some of the lowest times as well, such as relegations. Would you say that sticking by the team then and now was worth it?

Absolutely. You know, being a fan of something that’s so big like you guys, of course there are disappointing moments. But if you’re a fan, you can never just turn your back and say, “This wasn’t worth it. It’s not worth it to be a fan of them.” Because of how many games you guys are in and how much you guys do for the fans, there’s no limit to what you guys do. It’s fantastic.

I haven’t gone to many live events. The only event that I was able to go to was in 2016 in Las Vegas when the LCS finals were in Mandalay Bay. I was there when I was 17 as a birthday present, and I got to go to the Team Liquid after party and meet everybody.

Hopefully we’ll see you at live events in the future then! I have to ask though - why, out of all teams, did you stick with Team Liquid?

I really think that it was just because I really really like the passion Steve had. People always ask me, “Why do you cheer for one team? It’s always a different team every single year. You’re just cheering for a jersey.” And my answer is, “No, I’m cheering for an organization that has been through thick and thin and has the passion and the drive to want to win, and I absolutely love that.”

I’m not a bandwagon fan. As long as I pick a team, I’m going to stick with that team for the rest of my life. For example, I’ve been a Steelers fan since I was born, so Team Liquid/Curse will always be my favorite team in esports no matter what. I’ve watched everything go down the drain and then immediately come back up and be good again, so there’s nothing that’s going to waiver my super fandom.

You listed a lot of different hardship moments in your video. Do you have any special moments from Team Liquid that are your favorite?

1) Hungrybox winning 2016 EVO, cause that was the tournament where I was like, “Okay, I wanna play Smash.” Watching him be able to do that against Armada, one of the greatest players of all time, was incredible to watch and I was so hyped. That made me really want to get into Smash.

2) The MSI run we had back in May. We’ve had the lowest lows and the highest highs at this point, so it’s been a roller coaster of fun and emotion.

3) It kinda got followed by a lot of bad play, but when we picked up Piglet, I was like “Okay, Team Liquid really want to compete.” I thought that picking up Piglet was absolutely incredible.

4) Even though it was a really sad and really stressful moment for everybody in the org, I liked when the 1UPGG crew did Breaking Point, I was like, “This is literally the best form of esports documentaries we’ve ever had. This is easily the best.” That was amazing to experience, even though it was really sad and it was really a bummer for the team to go through that, but I think that it was a huge learning curve and a huge growth aspect for the entire organization.

5) It’s kind of a tie between IEM Sydney and when Team Curse had that ARAM moment between Dignitas at the MLG event. That was hilarious to watch!

Based on your answers, it looks like you were really invested in our players. Their personalities really stuck out to you, it seems. Who are your favorites?

Oh man we could be here all day. *laughs*

I really like the squad that we have now. I think that the League of Legends squad that we have now is absolutely incredible, so they would literally take up five spots out of the top 10. And then you have Hungrybox, which I love his passion for winning, even though the Smash community is so dumb sometimes. They’re so overdramatic and make things out to be way worse than they are. I love his passion to win and he just keeps on doing it.

I like Chillindude because he’s a super chill guy, super awesome. I got to talk with him at the last Smash & Splash last May, and he was super cool to chill with and hang out with.

I really like Twistzz. His aiming ability in CS:GO is absolutely nutty. It’s almost simple levels of nutty.

I like Nemo for Street Fighter V. He’s really fun to watch.

I love Voyboy. I still watch Voyboy streams to this day. Voyboy is just so much fun to watch and his positivity and his mentality towards literally anything is just infectious. Way back in the day when he was playing top lane, that was probably the best Voyboy time for sure.

That’s a lot of players; It’s almost as big as a character roster! Hmm...maybe that should be a question for you. If Team Liquid was any character in say, Melee, which character do you think they would be?

Hmm...that’s a tough one. I think you guys would probably be...

In the last couple of years with Doublelift being in there, it’s gotten really cocky as of recently, and I LOVE the trash talk. It makes everything so much more worthwhile to watch. Recently, it’s probably been Falco from Melee, because there’s a passion and there’s speed. Falco fits a very specific type of player, and Team Liquid I feel fits a specific type of fan. 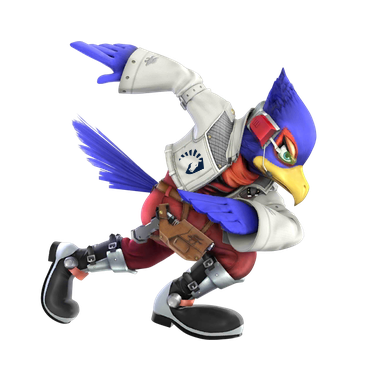 Let’s move on to food, because everyone loves food. Here’s the infamous question of this series: What is something that you do with food (either a food habit or a food combination) that people might think is unconventional?

Then dip them in ketchup. 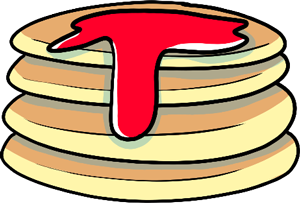 Anything else you’d like to say to close off this interview?

I have a fun fact: I was the first person to win a TL fan art friday shirt. I won it by spray painting the logo on my xterra, on the fender of my car.

Thanks for the fun fact! Alright, that concludes the interview. Talk to you later!

Hey, I just finished the interview with Hagen. He’s a nice guy, and he had the same energy that he had when he was doing his motivational video.

Awesome, let’s get started on getting the article ready for publishing.

Yep! I’m going to go try out some pancakes with maple syrup and ketchup now.

You’ll see when you read the interview.