Everyone has heard of Saint Nick. But have you ever been introduced to good ol’ SaintVic? He brings that holiday cheer and laughter, but it isn’t just during the holidays. In fact, he streams and produces content pretty much all year round.

Chances are pretty good that you have heard of Saintvicious before. He was an OG in the Curse days, has coached our League team, and played for our Academy. It has been a while, but now he’s taking the next step together with us. Saintvicious will be playing under our banner once again as he moves to Autochess and Teamfight Tactics full time.

What first drew him to the Autochess genre of games was their simplicity. But also the genre’s deep expression of skill and complexity at the highest level. While it was an easy game to pick up, it was a hard game to master. Not only that, the community itself drew Saintvicious to the game.

“In the Autochess community, everyone is very nice to each other and there isn’t much toxicity,” he said.

It was in part due to this very community that made Saintvicious decide to become a content creator for Autochess and be competitive in the ladder.

“It feels like people just want to enjoy the game even if they are still competitive. It’s something you don’t feel very often from MOBAS,” he explained.

Now, Saintvicious is one of the most informative streamers you can watch, on top of being one of the most skilled. Check out his YouTube videos for advice. Or catch him live on Twitch to watch him theory craft and form strategies. Whether you’re new to the genre or a seasoned player, there is always something to learn. 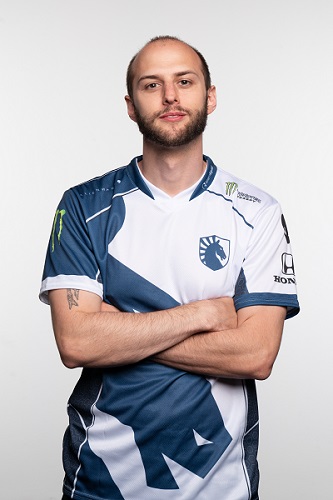 We also took the opportunity to ask Saintvicious a few more questions.

What, if anything, do you hope to see from the competitive Autochess scene?
I would like to see frequent updates and devs that listen to fans of the game. Team based play would be great too.

What are your goals while on Team Liquid?
I would like to rebuild my brand as well as grow my community as they are all nice people

How does it feel to be returning to TL as an OG Curse member?
Good to be back with papa Steve