May 02 2019
A shocking new statistic has just emerged in an ongoing study on the disturbing effects that saltiness has on Smash players. According to the best Melee player in the world, Juan “Hungrybox” DeBiedma,

controllers are mishandled
or damaged per hour within
the Smash community.

And he would know. Hungrybox is a self-proclaimed GameCube controller abuser. While quiet Netplay ragers are most likely throwing controllers behind closed doors as you’re reading this sentence, the amount of GameCube controller abuse happening publicly in the pro scene has been enough to alert us to this overwhelming and horrific phenomenon. A controversial issue that’s been plaguing the Smash community for over a decade.

Fellow pros William “Leffen” Hjelte and Robert “Wobbles” Wright have not been the most discreet in their controller abuse, but nobody has ever been brave enough to outright address this issue. Not until now.


This is a moment of extreme salt that stands out to Hungrybox, who noted he has “never seen a man yeet his controller so quickly out of existence that he managed to do it before the results screen rendered on the GameCube.”

Crunch said that players that feel a true destructive loathing for their controller can grab it by the chord and repeatedly bash it against the ground. He has witnessed this horrific violence, but says that he hasn’t personally went through with such acts. Still, Crunch has admittedly participated in this dark side of Smash, back when he lost a set due to missed shield drops.

“Then there was a stuck C-stick preventing the game winning up smash. I tossed that worthless abomination of spare parts as hard as I could into the shadow realm of the nearest trash can,” Crunch recalled.

He noted that he did, indeed, feel better afterward. And he also switched to a new controller.

This brings me to the biggest component of this in-depth research: Why throw a CameCube controller? Since this is science, after all, there must be a cause and effect. Through conducting 20348 surveys and interviews, and viewing over 82943723 hours of VODs, I have come to a simple conclusion: Salt.

But what makes Smash players so salty?

Hungrybox said that can be traced back to the high level of execution required in the game. Just “one tiny mistake” can cost players an entire match or stock, he said.

Or to put it scientifically, as eloquently stated by Hbox: “I missed a dash back and couldn’t get my guaranteed punish? F@#$ing horse $H!7!! I missed my L-Cancel and got wobbled and or upthrow rested? GFDI!! I missed my ledge dash by 1 frame and now I’m dead at 0%. A!#23ESN23!3.”

Oddly, this is also what makes the game so great, Hungrybox concluded. When you land everything it feels so much more satisfying, since you know that one missed execution at any point could have cost you everything. It’s these high stake moments that create the perfect environment for saltiness to grow at a rapid pace.

According to Hungrybox, the main reason a Smash player may throw their controller is due to missing their ledge-dash versus Justin “Plup” McGrath on Pokemon Stadium. This is something every Smash player has no doubt experienced.

Why Players are Salty 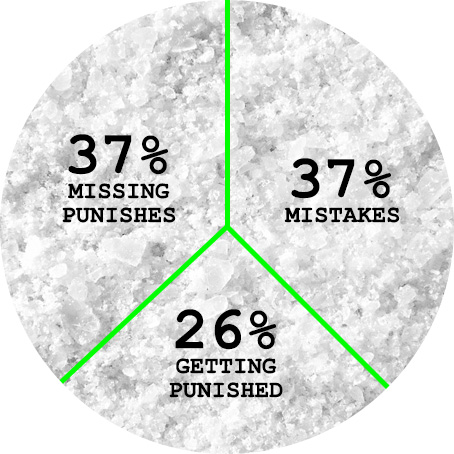 So throwing a controller is not just something one does when they lose. It’s a more complicated than that, hence the need for this study. No, Smash players throw their controller to prove that it was an undeserved loss. They could have won, but they missed that one clutch moment.

“They want to display their raw, visceral passion for a competitive party game, of course,” explained Hungrybox. “It’s them saying, ‘Hey, see what I did to that innocent controller? That’s what I meant to do to you.”

Or the controller itself was the culprit.

It’s difficult to conclude if the controller is truly at fault. But through an immense amount of research and common sense, I have come to the very scientific conclusion that most GameCube controllers are good, wholesome bois who did nothing wrong. Therefore, the issue lies within the players in the Smash community.

And this trend shows no signs of slowing down. In fact, the instances are rising. “It’s a complicated statistical problem with many factors,” said Crunch.

“The prevalence of Jigglypuff and Ice Climbers greatly increases this number, as well as the lack of UCF*[1] I’d say the community has taken significant steps recently by having UCF at all majors and banning wobbling in some places.”

Because of this, Crunch has carefully calculated that five controllers are thrown per 1,000 sets.

Crunch estimates that he owns about 10 GameCube controllers, although around four of them may be a bit too worn out to use in tourneys. But his favorite, Smiles, is long gone. Type an F in the comments.

“I doubt I’ll ever love a controller as much as Smiles again,” he said.

Smiles got its nickname because Crunch had carved a smiley face into it so he’d recognize it in the sea of GameCube controllers being used in competitive events. The controller was “tricked out with all the goods,” including custom notches, softened shoulder buttons, and even custom casing. Smiles had a responsive yet slightly firm stick and a Z-button that required very little energy to press. 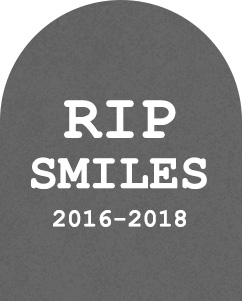 Hungrybox is one of those players.

“I like its taste in movies and music. Also, the clickiness of the Z-button,” he explained.

Crunch described the weight and feel of a GameCube controller as “a well worn glove.” It’s a tactile and responsive controller that has comfortable button placement.

What’s peculiar about GameCube controller abuse, then, is that it remains the most abused controller in history despite the community’s continued love and appreciation for its existence. Members of the Smash community are paying hundreds a year for GameCube controllers, yet they’re yeeting*[2] them away over friendlies.

The Smash community is still trying to come up with a solution to stop the unwarranted, destructive violence. For Hungrybox, a good motivator to not whip a controller into the ground is knowing there’s a high possibility he would end up a meme on Twitter.

That very thing happened to him after he raged during a friendlies warm up against Crunch before CEO 2015. Right after that, Hbox and Crunch decided to become player and coach, which led Hbox to win EVO the very next year. For him, winning has become his reason for giving up controller abuse.

While actually being good at the game is the only real solution, it’s unrealistic to say that every salty try-hard will win every single match in every tournament. So even though being a god has kept Hbox from continuing to throw his controller, the rest of the Smash community needs a more viable solution.

While some players, like Crunch, are able to control themselves when they think of the money they have spent on controllers, it’s not always enough. 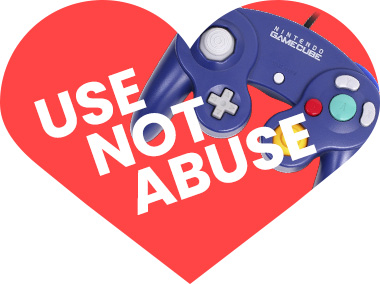 “UCF is the biggest solution to controller hate,” Crunch analyzed. “Suddenly every controller can shield drop and dashback perfectly, and we suddenly have no one to hate when we lose but ourselves. Learning not to lose to ICs or Puff also helps, since these are the most salt inducing characters. In this sense. I feel partly responsible some of the controller abuse over the years…”

UCF has stopped some gamers from participating in the ever-present GameCube controller abuse. But it’s not enough to say, “Not all neckbeards.” For this violence against GameCube controllers to truly end, we need the Smash community to stand against it. To speak up when they see a fellow player chuck a controller.

Hungrybox has been working with top scientists, innovators, and Silicon Valley investors to come up with the only true solution: Neural implants.

“In 10 years we’ll all be playing with our minds. Although I’m sure some people will still rage, I found it’s a lot harder to throw your own skull at the ground. Problem solved.”


Footnotes
*[1] Universal Controller Fix
*[2] An act of extreme excitement or passion, deriving from a dance move.