The Balancing Act of Jake Puchero

This three word phrase represents the never ending battle facing all working adults the world over. Especially for those professionals whose jobs require them to publicly perform some feat on a regular basis. People like musicians, athletes, etc.

Esports is an especially tricky industry to maintain a good work-life balance in. It has this uncanny way of bridging the gap between your professional and personal lives. You love the game you play professionally so you also play it at home. You love the scene you’re a part of so you watch the games after work. Some people even take vacation time to go to esports events for fun despite working in the industry all day every day.

The reason why balance is hard to maintain when working in esports is simple. Those working in the scene are doing so because we love it. This article’s author included! So whether you’re a pro gamer, a manager, a CEO, or even a humble content creator, it can be difficult to not blur the lines between work and play.

To Jake Puchero⎼ whom most of you would recognize as Xmithie, the Jungler for our LCS team⎼ splitting his time between the things he loves and the game he’s dedicated to is just natural at this point. But even for Jake this is only a recent development.

Until about 3-4 years ago Jake was all gaming all the time. When he wasn’t playing League he was playing other games. When he wasn’t playing other games he was playing League. But playing games 24-7 was doing him little good. Jake then decided to start focusing on what went on in his life off the rift as heavily as his life on it. Picking back up the old hobbies that drove him as a child was step number one.

So what are the hobbies that keep Jake mentally healthy in his intense work environment? Well, music for starters. Music has been an important part of Jake’s life since childhood and has remained a constant all the way into adulthood. These days you’d be hard pressed to see a headphone-less Xmithie walking around the LCS arena, the AWTF, or even just going about his daily life.

“I usually listen to music in our breaks, before our practice, basically any time we have a break I’m usually continually listening to music.” 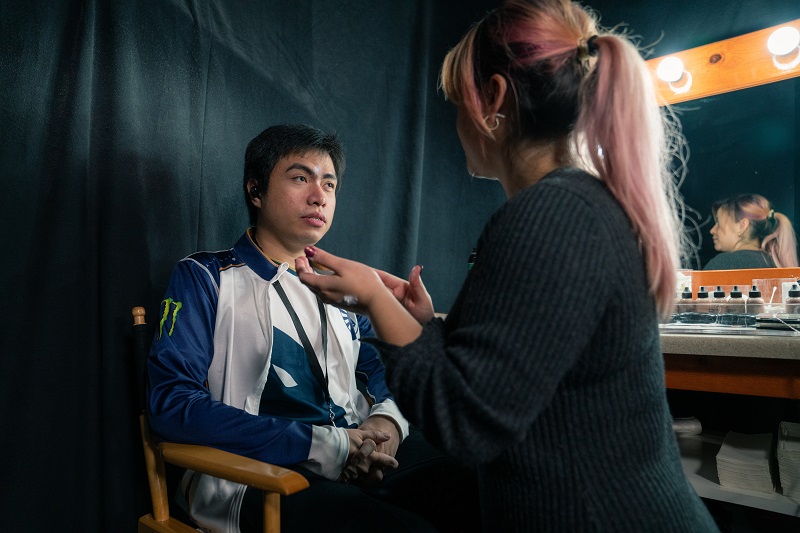 Jake’s musical tastes do tend to vary from week to week. His overall love of music, however, does not. Besides listening to music quite literally whenever he has the time, he also frequently attends various music festivals and concerts. And by frequently we mean as “frequently” as his work schedule will allow.

“Since, like you said, we have LCS I don’t know what festivals or concerts I’m going to until like the day of/day before. We don’t really know if we’re going to qualify for certain things like playoffs or MSI or Worlds so I usually try to buy tickets anywhere from a week before to 2 days before the festival.”

When he’s not listening to others’ Jake is busy making his own music. Jake has been playing guitar since picking it up as a senior in High School.

“I didn’t take any dancing classes but I took one music class one summer. I was really bored and my friends were like ‘hey there is this guitar class here. I know you’re really good at guitar but maybe you can learn something here.’ And I did! It was pretty fun.”

Which brings us to Jake’s most recently publicized talent: Dancing. Jake’s love of dancing started in a time before most of you young league fans were born.
[*Editor’s note: the author is just as old…]

“I got into dancing just because I did that when I was in elementary school in the Philippines. So, shit, like 17 years ago? 20 years ago? But yeah I just got into it because my friends were into it so since they were into it...actually it's really funny one of the first songs we ever danced to was by Linkin Park or something. Our group was really into Linkin Park and dancing so we just combined them a little bit. It was really bad dancing, but we all enjoyed it!”

Though he stopped after graduating High School to focus on his college studies, and later his esports career, dancing was one of the first hobbies Jake picked back up in recent years. For the similar reasons his dancing is just as limited as his concert going. But Jake still manages to make the most of it. 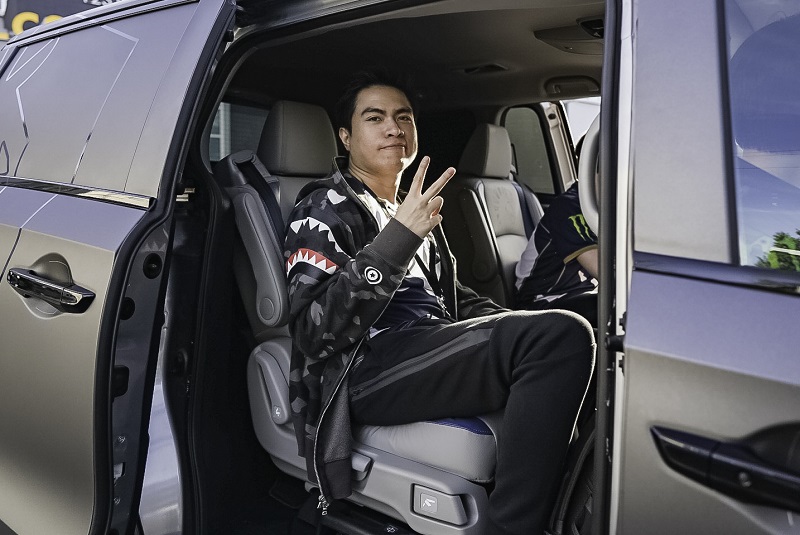 “I always take classes in the off season only. The one I go to is a 40 minute drive and then usually their classes are Monday-Friday so I can’t usually go [during the season] since that’s our scrim time. And then their last class is at like 8 so I can’t really make it [after scrims]. So I usually go during the off season. One of my friends is the teacher there, they made the dance studio, so that’s how I managed to get back into dancing.”

The second piece to Jake’s work-life balance puzzle is his support system. He knows that his core group of friends and his fiercely loyal family will always be there to support him. Having people to lean on when he needs them, to vent to without worry, and to hangout with outside the confines of esports has done wonders for Jake.

“[back when] I was gaming 24-7, 3 or 4 years ago, I didn’t really have any close friends that I could talk to. Just 2-3 years ago I started to be more social and to hang out with friends more and stuff. I think it works much better for me since I get less burned out this way.”

The path he’s chosen for himself often prevents Jake from enjoying his hobbies on a more regular basis. But that’s just fine with him. The final piece of Jake’s balance puzzle makes that perfectly clear.

“I think it’s just my personality. I just have a really competitive drive to be the best. I just really hate losing in general so I just want to be the best in whatever I’m doing in that moment. Whether it’s playing games or just trying to improve in dancing or music.”

Jake would gladly pour a majority of his time into League in pursuit of being the best. For as long into the future as possible. But that doesn’t mean that he will only focus League. And with good friends, music, dance, and enough ramen to make Naruto blush ahead of him, Jake’s future is looking bright.

这不禁让我们联想到最近Xmithie让为大家熟知的一项才能：跳舞。他对于舞蹈的热爱从多数年轻粉丝还没出生的时候就开始了。
[*Editor’s note: the author is just as old…]
[*编注：本文作者与Xmithie年龄相当...]