April 05 2019
Right now, CoreJJ is in contention to be the MVP of the 2019 LCS Spring Split. He has the highest KDA of any support, the 4th highest KDA overall, and the highest kill participation in the LCS. With a 14-4 record, Team Liquid has looked unstoppable all split long and it’s in no small part due to CoreJJ. Casters and analysts regularly tout him as the best support in the LCS while his teammates praise him in ways that most supports only dream of. This is a world champion who has come to NA and played beyond expectation, yet in conversation CoreJJ doesn’t wear any of that accomplishment.

CoreJJ has improved almost every year he’s played League, steadily getting closer and closer to the Summoner’s Cup until he finally lifted it himself in 2017. Despite improving each year, often on different teams, he doesn’t take much credit for himself. When I asked him about the source of his growth and success he said, “I just got very lucky. Year after year, every time I found good teams. There were always good coaches and good players so I could improve every time, every year, year after year.”

When I first heard that, and for the first few questions of the interview, I thought CoreJJ might be the humblest player to have won Worlds. As the interview went on I understood that he wasn’t just speaking from a place of humility, but with a team-focused mindset. Many of League’s biggest names go hand-in-hand with the franchises they play for: Faker and SKT, Rekkles and Fnatic, Perkz and G2, Bjergsen and TSM. CoreJJ isn’t one of these players. For CoreJJ, change has been a constant. Though Gen.G was his home for a while, his changing of teams, roles, and regions have given him a unique understanding of how important the team is.

CoreJJ doesn’t see his teammates as mindless talent around him, but as people with individual mentalities and attitudes that could shape his own. When asking him about Ruler and Doublelift he said, “one important thing is whenever I play with Ruler or Doublelift, they are [the] best and I cannot lose any games with them. Just as I told you at first, I got lucky to play with such a good AD. I always feel confident.” 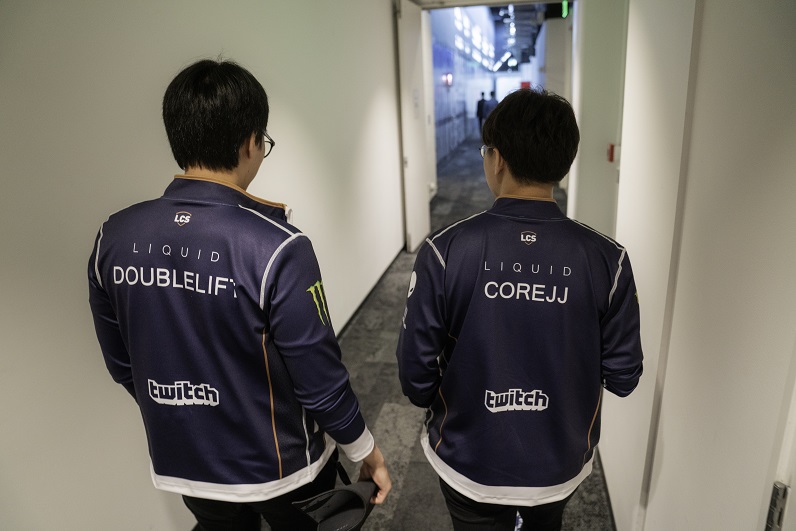 Curious, I pressed him on what made Doublelift and Ruler the best - whether it was something like mechanics or intelligence. CoreJJ chose attitude instead. “Yeah, of course as ADCs they have good mechanics,” he explained, “[but] they also have confidence. They actually think they are the best so their confidence makes me confident.”

It wasn’t the first time CoreJJ would talk about confidence, either. What he applied to Doublelift, he applied to the whole team, seeing mechanics and talent as a vector for building crucial confidence. When asked what TL’s main strengths are he replied, “Everyone can carry. There is no hole, there is no bad spot. We know our team is good so we can easily play with belief. It gives us confidence.”

It’s not all business either. CoreJJ acknowledges the importance of friendships between teammates and having pure, simple fun along the way. Though CoreJJ joined Team Liquid alongside Jensen, one of the premier mid laners in NA, he didn’t see Jensen as merely all talent and carry potential. “Best thing is: he is nice! Playing with him is fun,” CoreJJ said of Jensen. “This is a long marathon, a long journey, so we need fun!”

Even after leaving past teams, CoreJJ keeps in touch with teammates he was close to. Going all the way back to his Dignitas days when he played with Kiwikid and Shiphtur. He still shares banter with Ruler too, both of them chiding each other for feeding in their separate leagues. Always the gentleman, CoreJJ makes sure to support his former teammates as well. When the dust settled a few weeks back and a down-on-their-luck Gen.G won against the LCK’s top team CoreJJ dropped the banter and showed full support for his old team by tweeting, “This is Gen.G.”

At this point in the interview it seemed to me that CoreJJ was a very selfless, team-oriented player. While that might be true, it belies his intense focus on self improvement and his journey to be the best. When I asked CoreJJ how he handled so much change so gracefully, his answer was simple. “Every time I changed it was for my improvement. I wanted to be at the top every time so if I changed teams or changed positions, it didn’t matter. I just kept trying to be at the top, to be the best.”

CoreJJ’s willingness to improve goes even deeper still, right down to his Core and his J’s. His desire to improve was a big part of why he left Gen.G and came to Team Liquid. “I played 3 years in the same team. I just wanted [to find] new motivation and to try something new. I wanted to refresh myself. I thought I saw my limits at Worlds, and I thought, ‘Should I retire?’ But better than retirement or streaming, I decided to try other options. This time as a new player. I want to be like a new player, like a rookie. I want to be like a rookie.” In CoreJJ’s case, self-improvement allows for no half-measures. To him, a total reset is better than getting complacent.

As both a selfless team player and an introspective person driven to self-improvement, well-rounded seemed the best way to describe CoreJJ. It wasn’t until we started in on the lighter questions that it became clear that there was another side of CoreJJ - a competitive one. The crowd, the competitive scene, and the thought of victory are as much a part of CoreJJ’s motivation as anything. 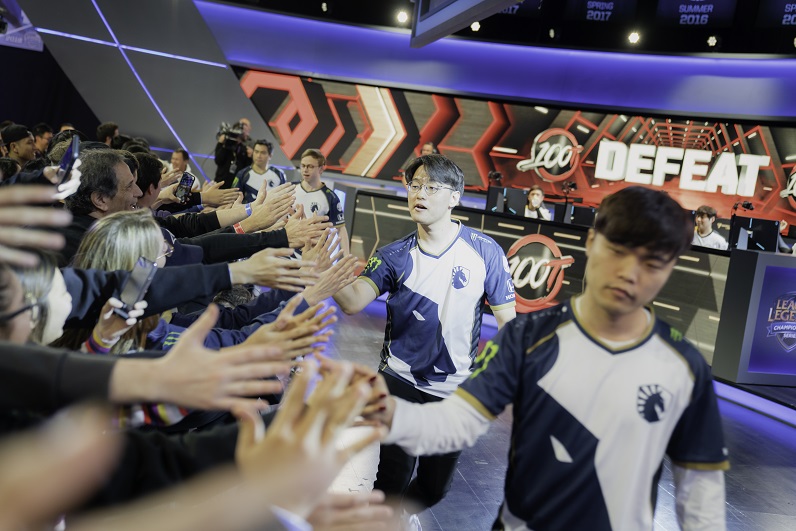 CoreJJ wants to hear the adulation of the crowd supporting him. And to feel the silence of the crowd supporting the enemy team. When I asked him about his favorite places and moments in his League career, he pointed to Worlds 2016. “One [moment] was Chicago because I was facing C9 in the Quarterfinals and that was basically C9’s home stadium, you know? Was just fun to win against them in their home stadium.” In a 2016 interview CoreJJ put it in even starker terms. “The booing [as SSG entered] actually pushed me even more into a competitive mindset. I thought to myself, ‘I will turn this festival into a library.’”

Beyond being humble, selfless, or driven, CoreJJ is a competitor. He wants to play not just at his best, but at the World’s best. He wants to hype up his supporters while silencing the enemy’s. He wants to bring NA its first international trophy and bring TL up to the highest standard of play. CoreJJ wants to win. Plain and simple. With the interview almost at a close, CoreJJ showed just how competitive his mindset really was while answering a light question not much related to League or competing.

“Outside of League, what games do you like to play?” I asked.
After a brief pause, he said, “absolutely nothing. I don’t feel any fun from [playing] other games.” Then, without pomp or emotion, he continued, “I don’t like games, I just like winning.”

Please log in with your teamliquid.net account to post a comment.
League of Legends   Yeon: No Pressure for the Rookie 2023 saw a complete change in approach for Team Liquid League of Legends program. For fans, players, and leadership, it felt like a necessary one. Two straight years of falling short with super teams culminated in the team missing the World Championship for the first time since 2017.
League of Legends   CoreJJ’s wake-up call to the LCS The way CoreJJ sees it, if the LCS want to rival the LCK and LPL then it needs to wake-up and put in the work. He's worked with Team Liquid to put together a roster that will out-work and out-perform the rest of the league so sharply that it will wake them up to their weaknesses. "Work-life balance is a mirage," says the world champion. And now it's time to come back to reality.
League of Legends | Auto Chess   Chatting: Can the Community Outsmart the TFT Meta? Looking for an off-meta and offbeat comp for Set 8 in TFT? Well, look no further! We've spoken with the TFT community (particularly, robinsongz and Kurumx's discords) to find 3 off-meta comps that just might be able to challenge the Jax's and Yuumi's and Sett's of the world. Then we had a high elo TFT writer try out each comp and give a writeup on the strength and strategy of each one. If you want a new way to play set 8, we've got 3.
The Liquid Review - January 2023 A new year, a new Liquid Review. Were you too busy with the holidays to keep up with all the esports? Catch up with everything Team Liquid did in December 2022 with this article. We're covering everything from the BLAST run to our new League squad, to Smash's wild year-end, to RWF, to Team Liquid's world-championship win in a surprise esport.