The LCS, and esports in general, is unique in the way that pro players are easily accessible to fans. We get to know the pros we love and support in a myriad of ways and even, sometimes, get to do things like play sub arams with them or mod their streams. Going to the LCS itself if an experience I highly recommend for any diehard fans out there. It gives you the opportunity to feel the hype of the crowd, meet new people, and physically interact with the pros in a moment of pure joy that can only really be described as two nerds awkwardly saying “Hi” to each other while professing their continued support for each other who then take a picture to commemorate said awkward “Hi.”

But for those of you who, like me, watch the games every week from the comfort of your own home there is a group of people you’ll likely never come into contact with. And that’s a damn shame. At most you’ll occasionally catch a glimpse of someone on stage frantically talking to players or handing things out. You might even see an undefined shadowed figure handing out hothands in the background of a team huddle before the game. Sometimes, if you’re really lucky, you’ll get to see their entire face in their team’s YouTube video series. These shadowy figures lurking behind the scenes and running around in a panic are team managers. And for those of you who don’t know, they are among the hardest working people in the LCS.

Our very own Michael Artress is no exception to this rule. When talking to Artress about what his mountain of responsibilities entailed he mused that it would be easier to list the things he doesn’t do instead. Take a seat kids, because this list is LONG. Being the sole manager to an LCS team is like combining the daily jobs of a personal assistant, departmental secretary, travel agent, talent manager, mother of 5, analyst, publicist, chauffeur, housing manager, logistics manager, part-time IT solutions person, and more (as other duties become necessary) — then giving that immense workload to a single person. 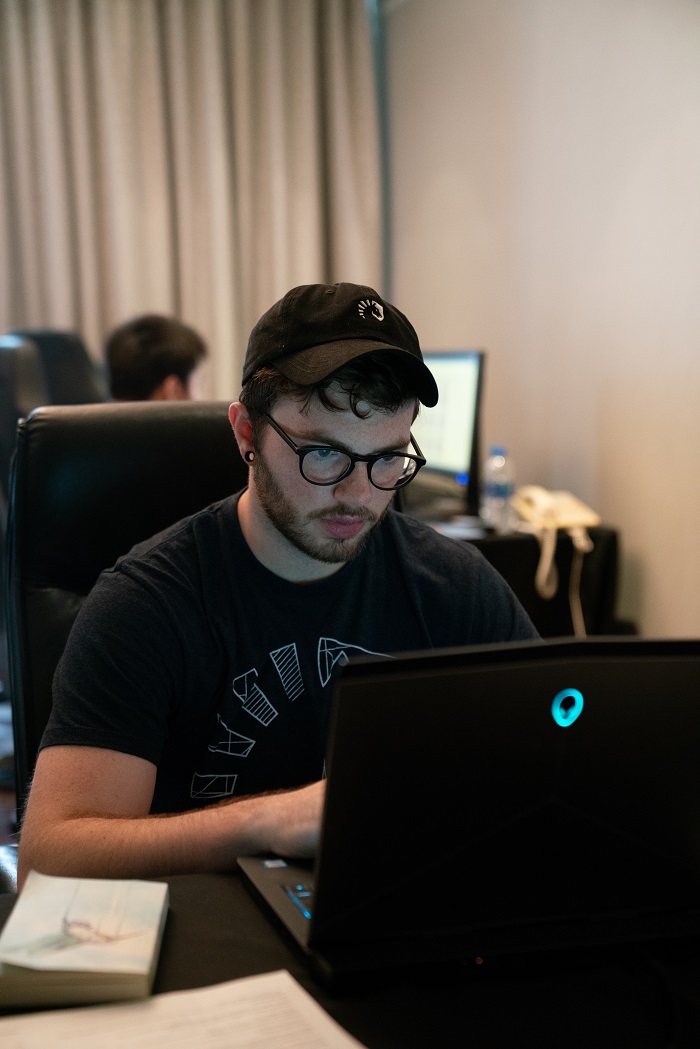 For those of you who are more visual, here’s what a day in the life of Artress looks like. As the team’s manager you have meetings every morning after you’ve gotten yourself and the players up, fed, and transported to the facility. Then you’re catching up on emails while observing the scrims you had to schedule and facilitate. During the week, managers also have to coordinate all travel to and from tournaments, schedule and facilitate all interviews, media days, and all other press contact with the players, stay involved in what the team’s analysts and coaches are doing and help them as needed. And that’s just scratching the surface! This job is tiring and nonstop. Want weekends off? What are you nuts? That’s when the LCS is! You spend your weekends getting the players ready, packed, and sent off to pre-LCS scrims before then getting them ready, packed, and sent off to the LCS where you then have to make sure every single one of them has everything they could ever need. Especially the holy trinity of bananas, coffee, and hothands.

But be warned! That taste of Artress’ daily life only centers around his duties as far as the players themselves are concerned. There are at least a million other things on top of that schedule that Artress has to accomplish on a daily basis. Think of him as the ship’s captain, but also as its first mate and a majority of its crew. The work is never quite done and there never really seems to be enough hours in the day.

How does he do it you ask? Well he does manage to get a solid 8 hours of sleep every night, though it wasn’t always that way in the early days. And finding that perfect balance between work and home life is a constant work in progress for most adults, not just those of us in esports, so Artress tends to take it day by day. But the biggest thing that keeps Artress, and those like him, going day in and day out is that esports is exactly where he wants to be.

Growing up all Artress wanted to do was work in what he affectionately called the “nerd culture” industry. Spending his early life watching things like Attack of the Show, Gforce, and Xplay nurtured the dream of working for those programs, or at least in that industry, in the future. Video Games, comics, movies, etc. Artress loved it all and set his sights on achieving his nerdy goals. As soon as he graduated college, Artress packed his bags and moved out to LA after landing an internship with one of the hosts of Attack of the Show. Though, Attack of the Show was cancelled almost immediately after his arrival. More importantly, Artress started to learn about esports during that internship and became instantly hooked. He decided he absolutely had to have esports on his resume and set out in that direction. After a show of his got picked up by SK Gaming, Artress’ esports career took off. Very shortly after, in fact, Artress found himself helping found 1UP Studios and joining Team Liquid full time.

From there Artress very quickly made the transition from content creator to team manager. And no, he didn’t realize how hard the job was going to be either. There is no possible way to prepare someone for this job, you just gotta throw them in and help them swim. He sure as hell acclimated to it quickly though! Liquid’s League team quite literally stands zero chance of functioning without Artress. He is their lifeblood, their rock, and sometimes their shoulder to cry on.

By far, the most impressive thing about Artress is his attitude.Through ALL of the stress, discomfort, long nights, and hard days Artress remains kind, helpful, and humble. Team managers do way more than what their jobs suggest. And their jobs suggest a LOT. Every day they go out of their way to make sure everyone around them is as comfortable, successful, and happy as possible. Even if it means they lose out instead.

So remember kids, if you see Artress running around out there in the wilds of Santa Monica and want to stop him or ask for a moment of his time, go for it. Despite having none, he’d love to take some time to meet you anyways. Just make sure to give him a little encouragement, something along the lines of “good work Artress,” and to not keep him too long. Odds are someone somewhere needs hot hands ASAP.

Please log in with your teamliquid.net account to post a comment.
Hearthstone   A Deadly Duo: Purple and Bunnyhoppor join TL Please help us welcome Bunnyhoppor and Purple to our Hearthstone team!
League of Legends   League of Legends Management Update Artress is stepping down from his position as Team Manager for our League of Legends roster with Coach Dodo and Fasffy taking over his duties.
League of Legends   Locked and Loaded: Team Liquid enters Free Fire We are excited to announce that we are taking our first steps into a new esport — we’re entering the world of Garena Free Fire.
League of Legends   Raise Your Subs to Another Three Years We couldn’t get enough subs during our championship-filled 2019 season. In fact, we want even more turkey and provolone as we speak, during this announcement. So it only makes sense to extend our partnership with North America’s favorite sandwich shop, Jersey Mike’s Subs, through 2023. That’s three more years of subs - and content, of course.