Listen, buddy. This isn’t Weenie Hut Training Facility. You gotta flex before we let you in.

Ashkan “TFBlade” Homayouni might not be as jacked as Tyler1, but this is what peak League of Legends performance looks like. TFBlade is the final boss of NA solo queue — maintaining the rank 1 and 2 positions for a significant portion of last season. Now, he’s taking his talents to South Venice Beach and beyond. You can dodge him IRL, but no ladder is safe from him in 2019.

We are pleased to announce TFBlade as a substitute player for our Academy and LCS teams in 2019. As part of his training, we’ve planned a global obstacle course comprised of the world’s toughest ranked ladders. Through our complete support and backing, TF Blade will test his limits as a League of Legends player. His objective is simple: achieve rank 1 in every major region — starting with EU, NA, OCE and of course, Korea. (Yes, he’s coming for you Apdo). 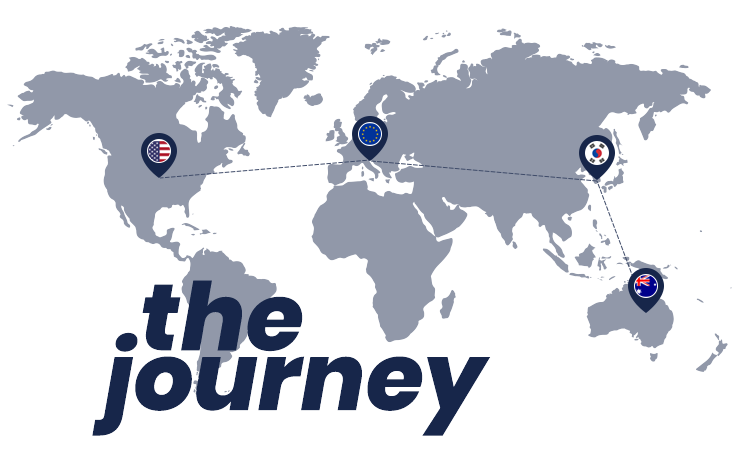 We fully expect TFBlade to use 2019 as his own hyperbolic time-chamber and return as a more complete player. League of Legends has never had an undisputed World Rank #1, and just stomping Hashinshin wannabes isn’t enough to stake a claim. TF Blade will start knocking down ladders with Europe first on his sights. Then, in 2020, he will return from his travels with experience unlike any other player. His ultimate goal will be to smash through the competitive and Academy scenes and earn his place in the LCS.

Before he jets off to become the World’s undisputed number 1 player, we’ll be holding a jersey giveaway on his stream. Follow @TeamLiquidLOL and @TFBlade on Twitter to find out about his send-off, where you can hop in, wish him good luck, and get a chance to win some swag!

A Talk About Number 1

What made you decide to make the move and join the Academy team as a sub?

It’s honestly the perfect opportunity I think because I can stream full-time but still play official tournament games which I think are lots of fun and you get a lot of new experiences and that’s really great to have in my opinion.

You’ve reached rank 1 on the ladder in multiple regions, what made you decide to try to do that?

That’s the desire I had playing every single game. I always wanted to try to reach the top to see how it felt. Ever since I was a kid, basically from Counter Strike 1.6 to pretty much every game I’ve played. I’ve wanted to take it competitively and reach the top. I guess it’s the whole point of the game right? To see if you can reach the top or beat the final boss.

Do you think people take that kind of accomplishment seriously enough?

I think people do recognize rank 1 as a big thing, even when they get it in pre-season, they get it and they’re super happy about it so I think usually unless they’ve stopped trying to go for it everyone has this passion in my opinion.

My original goal was to just be a streamer. But after achieving Rank 1, I want to see just how good I am compared to the very best. Becoming a pro, I wouldn’t say it’s just for fun, it’s more of an experience thing that I want to do. Now’s really the best time for me to do it. We’ll see how it goes; if it goes well then I might stick with it.

Yeah, but my main goal would still be to be a streamer. Being a pro is maybe just for one spring to try it out, have some good experiences with people. It would just be more of a… I wouldn’t say just for fun but more of an experience thing at least at the beginning and we’ll see how it goes, if it goes well then I might stick with it.

Are there any regions you really want to play in?

I really want to visit Australia because Midbeast is there and I would say we’ve been good friends lately and I’d like to meet him. The server also looks really fun to play in from what I’ve seen from streams.

There are a lot of great players in other regions. Who are you most looking forward to playing against?

I’m looking forward to facing off against players like Khan and Caps in solo queue. But honestly, I don’t really care too much about individual players when I play solo queue. I try to remove any emotions I have about my opponents and just treat them as another player to beat.

Do you have any particular goals that you’ve set for yourself during your travels?

I mean I would like to improve if there are things to improve on, which there should be. I think there’s a lot to learn from other players and see how they think about the players. I think that will be great. There are just so many different play styles that people have and I would like to experience playing against people with those different play styles. I want a better understanding of the game for myself and I think that’s what would happen.

In my opinion the first thing would be to just probably have fun with the people who are there or at least try to and then secondly try to achieve what I set out to achieve and push myself to the limit and see how it goes and if we don’t get it it’s ok I can always try again later.

What I had in mind was just at first to travel to basically every single region, even Brazil, Korea, China, and try to accomplish getting rank 1 in all the regions first and then go pro. It would be better if everyone in all the regions knew who you were before you went on the stage in my opinion.

What strengths do you think you’ll be bringing to the team?

I think I totally have a different playstyle in the top lane that usually other LCS players don’t have. Take Bjergsen for example, when he came to NA his performance was absolutely amazing and he was playing mostly Champions he was comfortable with, Assassins. He would basically be snowballing the game and his team was playing around him but as the years developed I don’t really know what happened because I wasn’t in contact with him but he went from being an Assassin and carry player to being more team focused / tank player I’d say. So what I want to do is just remain as a carry player if possible with the team. There are always exceptions we can make and I could play other Champions but I would like to keep my playstyle at least.

Do you feel that people try to play too much to the meta of a region even if it isn’t necessarily the best way to play the game?

I think people do try to find the best way to play but they just give up in the middle. That’s what the majority of people in solo queue that I’ve seen do. They have a passion to really climb but then once things don't go their way they seem to just not want to try anymore. It totally makes sense because sometimes the game can get so frustrating that you think the whole game is designed against you to make you feel annoyed and frustrated at the game. It makes you want to give up and makes you not want to play the game anymore but I think the crucial part is to remember that the game is not actually designed against you, it’s designed with you in mind. It’s pretty hard, I’m still working on it as well, I haven’t got the full hang of it, I think it’s almost impossible to not get frustrated at this game because it’s a team game and there is always going to be a lot of drama with your teammates.

What would it mean to you to reach your goal?

Honestly it would be really cool, it would be mind blowing. I don’t think there has been anyone who has claimed Rank 1 globally yet in this game. It would be totally amazing to be the first one in history to achieve it and I’m super excited to try and do it.