December 13 2018
When you’ve been around for nearly 20 years in an industry built on fostering competition between the most talented players in the world, you’re prone to create rivalries. These rivalries brood and fester, can turn sour or sweet, but no matter which way a rivalry plays out — the drama and suspense is a joy to watch.

In this multipart feature as we look at Team Liquid rivalries of the past and present. When it comes to Team Liquid and Street Fighter, Liquid`Nemo fans the flames of the hottest, most passionate rivalries in the fighting game community. This is the story of Nemo versus Itabashi Zangief.

Long before Nemo was the international, globetrotting businessman with the chaotic yet clean Street Fighter play, he was an arcade monster. Nemo built his rep playing Street Fighter 4 during the game's heyday in Japanese arcades. These environments created all sorts of rivalries, from friendly competition, to fist fights in the parking lot and threats of violence "if you throw me one more time". Nemo reflected on these ‘simpler’ times and who he looked up to for motivation.

“I was mostly aware of Tokido back in my SF4 days. When I played Rolento in Ultra SF4 and the SF4 series had just started back up, Tokido would meet me once a week to play each in order to [help me] get better. At first Rolento wasn’t really a strong character so you wouldn’t see him being played at international tournaments. This meant there was no need to [learn to] counter him. Nonetheless, Tokido would help me get stronger and practiced with me, so for that I’m thankful. I suppose that means Tokido was my SF4 rival.“

So while some rivalries are born from a mentor assisting a promising talent, others boil with animosity and disdain. Nemo and Itabashi is a rivalry long in the making. Nemo has admittedly taken issue with ‘grappler’ players and Itabashi is one of the most well known. He consistently plays grappling focused characters like Zangief (hence the name) and now Abigail.

Nemo pulls no punches in his assessment of the ‘grappler’ player mindset.

“Even though Abigail and Zangief are given tools to deal with fireballs etc., players still complain about how it's a struggle. Players who use grapplers always have this ‘victimized’ point of view, that they are always disadvantaged and I hate that way of thinking.”

This heated rivalry came to a head one year ago at Capcom Cup 2017, where Nemo narrowly defeated Itabashi and then subsequently, set the internet on fire.

The handshake that started it all. 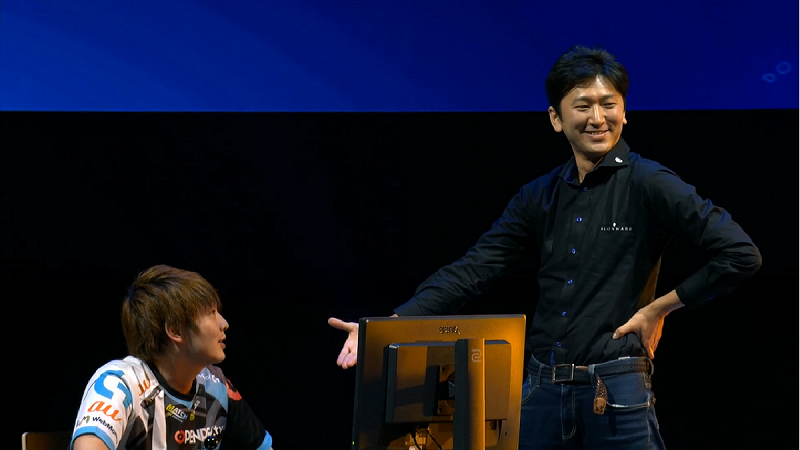 We asked Nemo to explain the origins of his rivalry with Itabashi and well, you could say he was direct.

There had to be more though. Why was he so adamant about getting a handshake after the intense match?

“I was just really happy that I won [against him] at Capcom Cup. To be honest, if I had lost I probably would have retired. But because I was so happy, I went in for a handshake.”

It’s easy to see this happiness radiating from his posture. Hand extended confidently, smug look on his face, hand on hip with the ever so slight lean back. Nemo was feeling good and he wanted the world to see it. The people saw his display of dominance and ran with it.

Nemo is a big fan of the community's efforts.

“It’s a real pleasure to see the fan art that people make.”

The moment became immortalized in FGC lore and was even memorialized as an official twitch emote on the Evolution channel. Who for the uninitiated, they host the largest, most prestigious multi-game fighting game tournament of the year, the Evolution Championship Series.

This wasn’t a one off circumstance either. Nemo enjoyed the response because it’s become a staple of his post fight antics, which continued during his first appearance under the Liquid banner.

A year removed and Nemo is now days away from attempting to cement his legacy by winning Capcom Cup 2018 and the largest prize pool in FGC history. As it stands currently, the contest sits at $250,000+ for the winner courtesy of the Capcom-provided prize that will continue to grow throughout the weekend thanks to DLC crowdfunding. That’s a lot of cash.

Capcom Cup is the culmination of the 9 month pro season where 26 players qualified through point accumulation based on consistent results, 4 through regional qualifiers representing North America, Latin America, Europe and Asia, 1 Last Chance Qualifier, and an auto invite for last year’s champion. Nemo was able to earn his participation during the North American Regional Finals last month, a feat where his partner, the young Liquid`John Takeuchi fell ever so short.

John Takeuchi’s entire season came down to 1 set. If he had beat Florida’s pride, Cj Truth at the NA finals he would be in Capcom Cup. Despite such a heartbreaking finish to such a grueling season, we’re still absolutely proud of his efforts in his rookie season. Despite the heart wrenching finish, his story isn’t quite over yet. Takeuchi will be competing in the last chance qualifier, on Dec 14th, 2018, the day before Capcom Cup where the final participant of the grand finale will be decided. While it will be a brutally difficult task to win the 1 day winner take all event, he’s traveling with good company. Nemo won the last chance qualifier in 2017 and will offer whatever guidance possible as Takeuchi makes his final stand.

For Nemo, the path is daunting, but in a tournament of the 32 best players of the year, with hundreds of thousands of dollars on the line, you wouldn’t expect it to be any different. 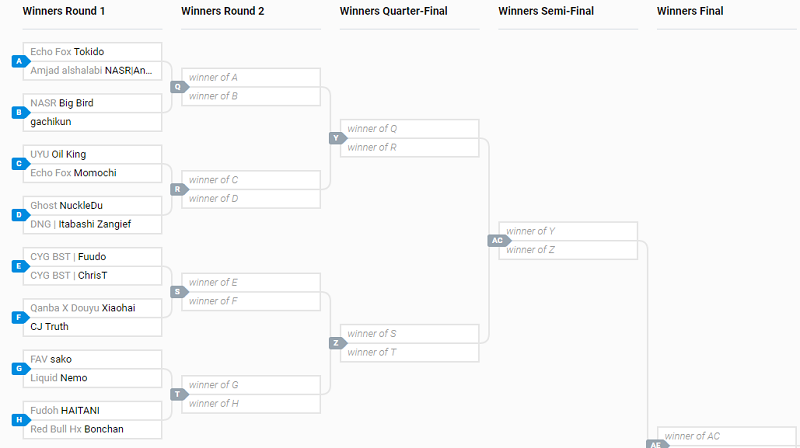 Nemo is seeded into the same half as Itabashi, setting up a potential runback from 2017.

Nemo is seeded into the upper half of the 32 man bracket and will face an absolute legend whose technical execution and creative play is hardly rivaled. A hero to all the ‘older’ players out there and a testament to the adage that age is just a number: Sako.

This match has all the ingredients to spark a new rivalry as the stakes of these games are high and both players are well known for their technical prowess. Where Sako is mechanical and orderly — as if a robot is controlling the arcade stick — Nemo brings chaos to the game without sacrificing the execution.

We can’t wait to watch chaos and order battle it out round 1, and however the results play out, each round forward is going to offer a uniquely dangerous opponent and every match will be of the utmost excitement. The long road of the Capcom Pro Tour has led us here, and we are ready to FIGHT.

Please join us as we cheer on our players and their attempts at making history and a truckload of cash at the Capcom Pro Tour finale, The Capcom Cup. The festivities start Friday, Dec 14th where John Takeuchi will make his run in the last chance qualifier, and Nemo (and hopefully John) will begin their run at the main event on Saturday, Dec 15th. The top 8 finalist will wrap it up on Sunday, Dec 16th and all the action can be see live on twitch.tv/capcomfighters.