My Ultimate Team — with the help of Crunch

With Ultimate just around the corner, I have taken it upon myself to coach a new Super Smash Bros team. It’s the off-season and free agency has gone into effect, so now is the time to build the strongest Smash team in the history of Team Liquid.

There’s a locals match coming up, and I know it will be a true test of my team’s potential. Unfortunately, I’m a shit coach. That’s why I reached out to Luis “Crunch” Rosias to help me sort everything out in time for Ultimate’s release.


“Everybody, listen up. Yes, stand up. Make a big circle over here. Now look at me and listen. There’s a couple things I’m going to say. That I have to say. Because December 7 is not too far away, and that roster in there doesn’t respect you.

But tonight we’re going to earn their respect! How do you earn their respect? We’re going to out pivot them. Out dash-dance them. We will out stock them, 5 to 0. Simon, use your projectiles and zone those bastards. Inkling, get that paint on them, get those smash attacks. Piranha Plant… Well, do that thing where you stretch your neck. 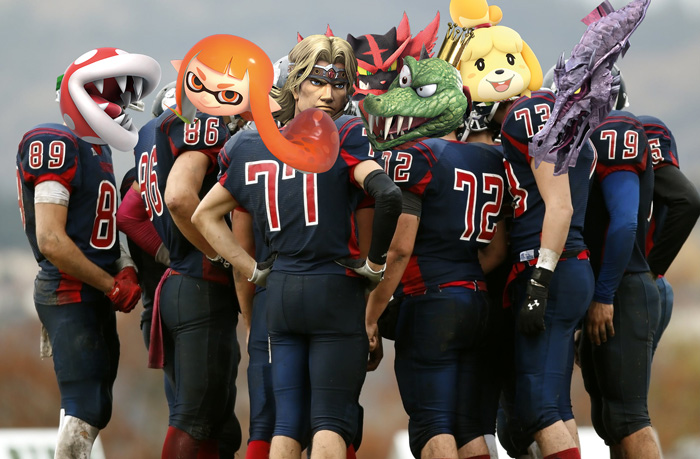 Despite the speech of a lifetime it’s still clear that some of the new fighters aren’t going to make the cut if Team Liquid wants to continue dominating the competition. It would take a miracle to make some of these fighters fit for even a local tourney. Hell, we stunk almost as bad as the room itself.

I spoke with Coach Crunch once again. After analyzing the various matches that took place, it was time for me to make some tough decisions, based on the advice Crunch had given me.

“Alright, I’ve seen what you can do. Decent speed. Decent range. Pretty good kill power, too. But I don’t see you being super impressive. I don’t think you’ll be surpassing top 10.”

“Things have been looking a little rough. I’ve seen you become combo food out there. You have terrible recovery. Terrible mobility. Honestly, you looked terrible out there.”

“Your range is nuts, and your projectiles make you a good zoning character. I don’t think I saw enough out there to make a solid judgement, but you seem strong.”

“Alright, you’re a strong finisher. I’ve seen some decent combo game. You’re definitely one of the better heavy-weights in the game right now.”

“You remind me of Villager in his prime. Similar playstyle, but the command grab with the fishing rod is a nice touch. Good improvement.”

“Honestly, you’re weird. Your ground mobility is awful and I foresee fast zoning characters making your life miserable out there. You’ve had a hard time catching up to opponents. It’s looking kind of rough.”

“Well… Yeah, keep doing what you’re doing! It’s sure to do something at some point.”


Now there were spots open on the roster. Luckily, after missing a season, Young Link had decided to start fighting once again.

“I loved him in Melee,” said Crunch. “He looks super awesome in Ultimate. He can do short hop arrows, like Falco with his lasers, with virtually no lag. He’ll be able to extend some combos and do a good job of pressuring or forcing an opponent with projectiles.”

I chuckled. “Was he even any good back in Melee? I didn’t remember seeing him played too often in the pro scene.”

“He was the best matchup in Melee against Jiggly,” noted Crunch. “Armada used to go Young Link against Juan’s Jiggly. Young Link’s ability to zone with projectiles wasn’t as powerful in Melee because there was such strong offense. It was harder to zone. But when the game’s pace is slowed down and it’s more floaty [like in Ultimate], those strats become stronger.”

Okay, so we had found Ridley’s replacement. But who would replace the yiff fuel fire Pokemon?

Deliberating with Crunch, we came up with a slightly unlikely fighter. Another Pokemon: Pikachu.

While Pikachu used to be pretty mid-tier last season, Crunch said that the electric mouse has been getting buff leading up to Ultimate’s release. With a newly added dair spike, and a nair that drags people down that leads to early gimps and combos, Pikachu has become a huge threat. And with “crazy low lag,” he’s just insanely combo ready.

“People like ESAM will have a field day on release,” Crunch said. “He’s already the best Smash 4 Pikachu right now. I expect to see him in Top 8 in most Ultimate tournaments at the beginning, for sure. If he doesn’t get Top 8 at Genesis I’ll be very surprised.”
Okay, so Pikachu is in.


With Piranha Plant as Team Captain and Crunch as Assistant Coach, I feel I am ready to take on the competition upon Ultimate’s release.

“You are MORE than ready,” said Crunch. “You are probably the best coach in the entire Smash Bros scene and I also think you should coach Hungrybox.”**

**Surprisingly not a real quote.

As I went to shake his hand, Crunch held a finger in the air. “Oh, and one more thing. Fuck Banjo-Kazooie. Complete trash. Piranha Plant is the only new character we need and I hope there’s no DLC. Also, fuck Sora.”**

**This quote is also not real.

So yeah, that’s the true story of how Coach Crunch became my mentor and helped me prepare all the new-

**This quote is also not true, although Crunch did tell me, “Her kit is broken by design. It’s hard to nerf Bayo too hard, so I feel sympathy for Sakurai. I just hope she’s not as oppressive as she was in Smash 4.”

So yeah, that’s the true story of how Coach Crunch became my mentor and helped me prepare all the new fighters for their premier in Super Smash Bros. Ultimate. You can stop reading now. Unless you want to hear more made up quotes from Crunch.

Like this one: “Hey,” Crunch peered back around the corner and yelled back towards me, “Waluigi is a dead meme and he’ll never EVER be more than an assist trophy.” 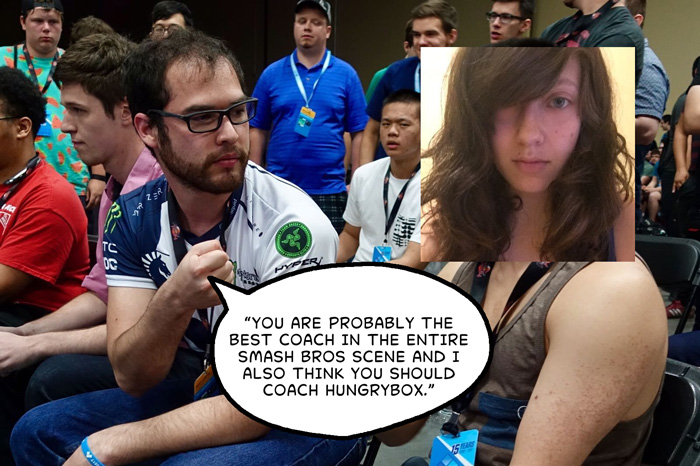