For those of you who kept the candle burning, congratulations. Your faith proved true in the end. After an excruciating break, the Crown Prince will indeed be returning to Team Liquid.

For the skeptics out there, this comes as no surprise. Quitting in this profession is usually as permanent as the deaths of comic book characters. Of course we regret watching our favorite characters depart to the afterlife; it is customary to grieve, offer well-wishes, reminisce, and ultimately accept their departure. Yet no one dies in comic books except Uncle Ben. TaeJa was finished in the same manner as Jason Todd, Bucky Barnes, Multiple Man, Bruce Banner and every “deceased” character stretching back to Batman’s pistol-wielding days. He was simply waiting in stasis, biding his time until the new story arc began. Players who relinquish their spot in the field inevitably return as something else. They don a new costume for a new team, kick start a rebranding narrative involving a role switch (the most common one being the “coach repentance arc”), or leave the moment of unmasking for a shocking out of left field reveal.

TaeJa’s retirement was accompanied by an atypically somber mood. The sendoff was as grateful and heartfelt as every other epilogue to a player’s career. The sole difference was a lack of that niggling doubt. It felt like an irrevocable swan song. It felt final in a different way than when other great players had quit. It wasn’t a transition into the next stage, but a moratorium on the only avenue TaeJa had into SC2.


The hints had been accumulating for years. In the past they were the subject of in-house jokes and memes, reminding us TaeJa could be unwieldy and goofy as the rest of us mortals. He suffered from bouts of flagging motivation which turned into mock threats of retirement. Every tournament was going to be the last one. If only he wasn’t so darn good. Lack of practice was an easily surmountable obstacle for someone with his talent. Skill alone could carry the day. Hell, it worked for an entire tournament. Once upon a time the wrist soreness was accepted as a minor point of pride. It showed how dedicated he was to the craft in-between the periods of weariness.

Until the intermittent complaints about his wrists became chronic...which revealed themselves to be debilitating. Previous peaks and troughs of enthusiasm dwindled to troughs. He was forbidden from participating in overseas tournaments, where he had earned his fame, and had to grind it out in the sole tournament he had never conquered. Every blow was reflected in TaeJa’s results. By the time he said farewell, he was just another good player in the GSL. Not fantastic, not great, just good. It belied just how spectacular TaeJa had been at his peak. 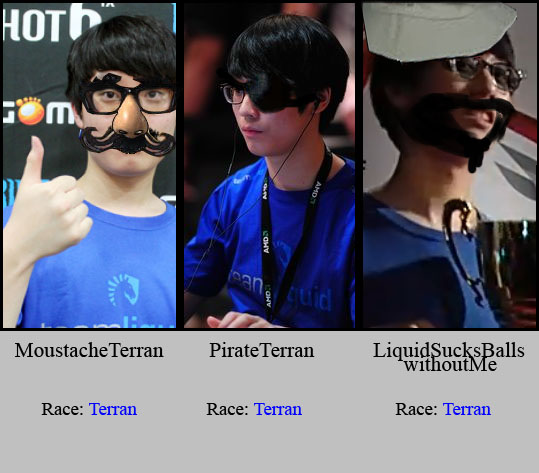 When Nazgul first announced TaeJa’s signing he said it felt like Liquid’s “biggest acquisition in history”. Over the four years TaeJa played for Team Liquid, he validated that confidence over and over and over. He was undoubtedly the shining star of the roster. During that time span he won 11 premier tournaments and finished in the top 4 of 13 more. He made DreamHack Open his personal playground, terrorized all the tourists attending HomeStory Cup, and generated enough tears to save the Dead Sea for another century. His supernatural consistency served as a bulwark against turbulence for the team. He carried the banner during the times HerO battled with his own demons; he protected the battlements whenever Snute needed time to master the ever-shifting meta.

He spearhead and last line of defense when Liquid played in team leagues. Back before the concept decayed into irrelevance, he was one of the best players in the all-kill format. Outside of Proleague—the bane of many great players—TaeJa remained as composed and fearsome as a typical showing at Jönköping. Innumerable examples exist but his legendary run in IPL TAC 3 stands head and shoulders above the rest. All-killing Prime alone was impressive considering their intact reputation at the time. Almost single-handedly defeating Incredible Miracle—the undisputed kings—twice in the grand finals thrust him into the limelight.

To watch TaeJa evoked admiration and slight puzzlement. His playstyle was distinguished by a lack of panache incommensurate with his success. From his days slaughtering scrubs in the ESV TV Korean Weekly to the bitter end, TaeJa never possessed a sole feature that outshone the rest of his repertoire. He had few to zero technical all-ins. His micro rarely dazzled us in the way Maru or Polt could dance their marines. His macro was top-tier, but the same could be said for Innovation or ForGG. He never pioneered builds the way Mvp revolutionized TvZ and TvT. He almost never took the monumental risks that characterized some of his contemporaries. Why would he need to? He was simply good at...everything (except maybe mech).

The famous battle on Newkirk Precinct.

The typical TaeJa victory demonstrated his uncanny ability to make better decisions second to second, minute to minute over the course of an entire game. To watch him at his apex was like witnessing a sand castle besieged at high tide. Anyone could predict the incoming surf. Barely anyone could shield such a frail structure from it. Among the great players from that era, only TaeJa could nonchalantly walk over foes with so little apparent effort. He was the best StarCraft player Team Liquid has ever boasted, and perhaps the best individual player in the team's history.

One of his several series wins over Life on the DreamHack circuit.

The cynic in me chides against indulging in nostalgia. Every successful player’s career is like catching lightning in a bottle and despite TaeJa’s lack of gimmicks, he faces a grueling road upon his return. Every factor conspires against him. He’s been gone for 2 years for a punishing game where professionals noticeably degrade after a few weeks off; unless Jesus has blessed him in the interim, he’ll still have the same wrist impediments. And if he does shake off the rust, relearn the new baseline for LotV and grit his teeth through the pain, TaeJa still must best his bête noire. Despite plain sailing in international waters, the inability to win a GSL championship leaves a blot on his legacy. It will only be reinforced every time he appears onstage. On the other hand, it provides an obvious redemption arc for his return.

The idealist in me still believes in magic. TaeJa is neither feckless nor amenable to popular whim. If he wanted to wash his hands clean of SC2, he would’ve stuck to his decision to leave. He had plenty of reasons to question whether he could reestablish himself in a new era. Those doubts still linger, waiting to be addressed. Yet doubts were omnipresent when he first threw on the jersey too. TaeJa, serious and driven underneath his unassuming demeanor, defied them during his first run on the team.

I expect our expectations to be shattered again.

Two years ago, I watched TaeJa play his last game in the GSL. When we announced soon after that he was retiring, it really felt like we were saying goodbye to a part of Team Liquid's identity, especially because of what he meant to the team and to me personally. Even though all SC2 fans knew that TaeJa left something unfinished in his career, between wrist problems and his cool indifference, it was difficult to tell what he would do after his military service. Still, there was lingering hope that he would come back one day.

21 months after leaving pro scene, TaeJa announced that he was about to be discharged. Two years away from the game is a very long time, but TaeJa has always been something special. We asked him if he had plans to come back and compete, and in his typically nonchalant way, he simply told us yes.

Today, Liquid`TaeJa makes his return. We are incredibly proud to have our most decorated individual player back on the team, and we're excited to see how his experiences over the past two years have helped him grow as a person and a player.

TaeJa has always been a special competitor, and I think I speak for all of his fans when I say that we expect a lot from his return. TaeJa is one of the real geniuses of the game, and that's something that doesn't go away after two years. It might take him a while to get back to his previous level, but I know that it's only a matter of time before we all get to watch TaeJa back in the GSL, and perhaps even more. In our chats, he told me that he could win GSL if he practices hard, and I believe him. No mustache, beard, or eyepatch necessary.

Hopefully, we won't have to wait till next summer. Welcome back, TaeJa.

Hello I'm TaeJa and I am honored to rejoin Team Liquid, the world's best team. I will work hard to show my old skills again. I plan on streaming frequently, so please take a look.

Thank you to all the fans that have greeted me on my return.

Please log in with your teamliquid.net account to post a comment.
The Liquid Review - November 2022 In this review, Team Liquid enjoys an eventful Thanksgiving, full of roster speculation, almost-firsts, and a few farewells. It's been a bittersweet and eventful November.
League of Legends | Valorant   Rakin: Chasing that feeling Long ago, Rakin earned a series-winning pentakill in the CBLOL. He remembers the day well because he is still chasing the feeling from it. Read Rakin's story from League to Valorant to Variety. Leia em Português!
Valorant   Team Liquid VCT 2023 Roster: Get to Know the Squad The time is finally here. Team Liquid is proud to announce its starting VALORANT roster for VCT 2023. You may know have heard the leaks, but now it’s time to hear it from the horse’s mouth. More than that, it’s also time to learn the most important answers to the most important questions these players have EVER been asked.
CS:GO   Daps: Rio, YEKINDAR, and TL’s major improvements With the Rio Major rapidly approaching, veteran CS:GO writer Dafydd sits down with coach Daps to talk over how the team has improved so rapidly and how they've integrated YEKINDAR so well. Daps goes over NA team culture, open communication, YEKINDAR's unique versatility, and the teams he's looking forward to facing at the Rio Major.