July 25 2018
Pro players take their esports work very seriously. They spend hours each day analyzing each and every move they make to become stronger and better. Even after work, they get a chance to go home, relax, and...play even more games. With this huge passion comes a big appetite, and for Team Liquid players, the right fuel to power them through endless scrims is an utmost priority. Enter the one and only: Manny Liceaga. 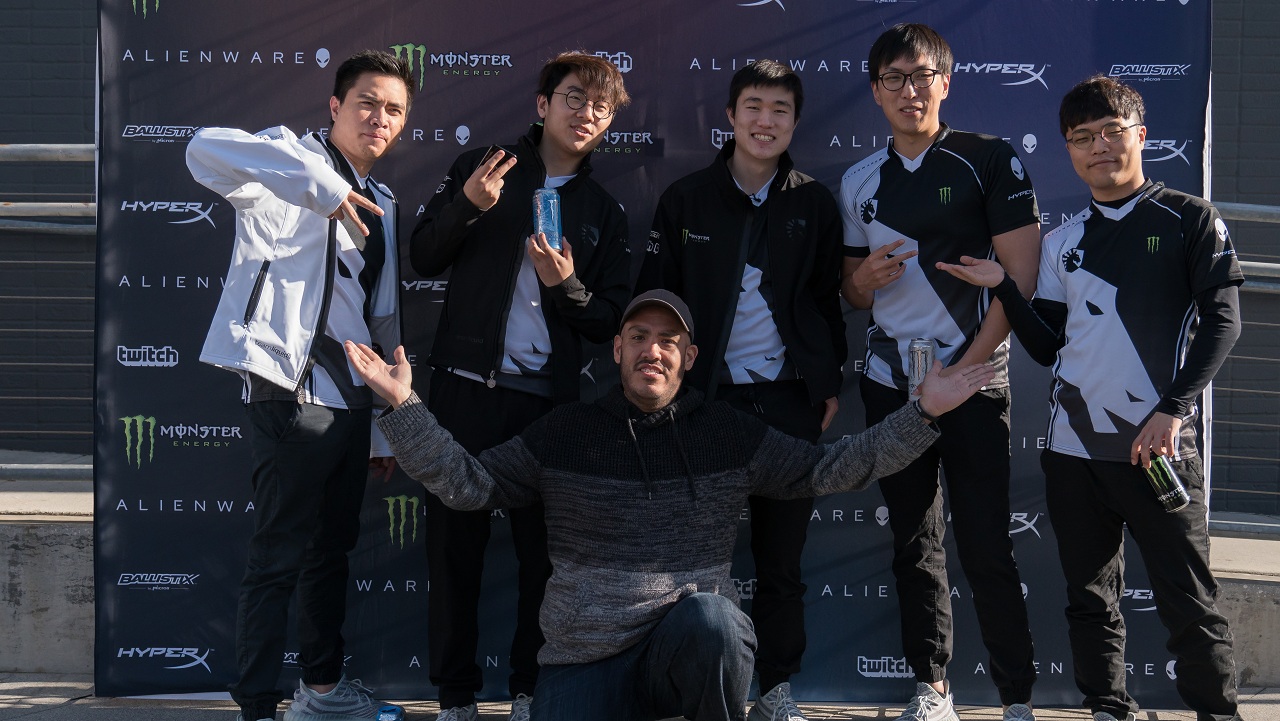 Every day, Manny prepares two delicious meals that our players at the Alienware Training Facilities (AWTF) are fortunate enough to enjoy. Manny speaks from the heart when it comes to food. When asked for an interview, he delivered answers that were spicy, saucy, and a whole lot of classy! Here’s what he had to say:

What is your culinary background?

I started off at the Art Institute of California, which is actually near the facilities. From there I got my associate’s degree, followed by a bachelor’s in culinary management. I create businesses based on location, restructure and reorganize hospitality programs, provide delivery service and outside catering, and so much more. My first job was at this boutique place called Crescent Hotel for a year and a half, and afterwards I just worked corporate for several years.

I’ve had moments where shows like Hell’s Kitchen reached out to me before, and I also made the move of going from fine dining to working at a country, so my job is really amazing. I go by the philosophy that if you follow your passion, you never have to work a day in your life, so that’s exactly what I’m doing now. 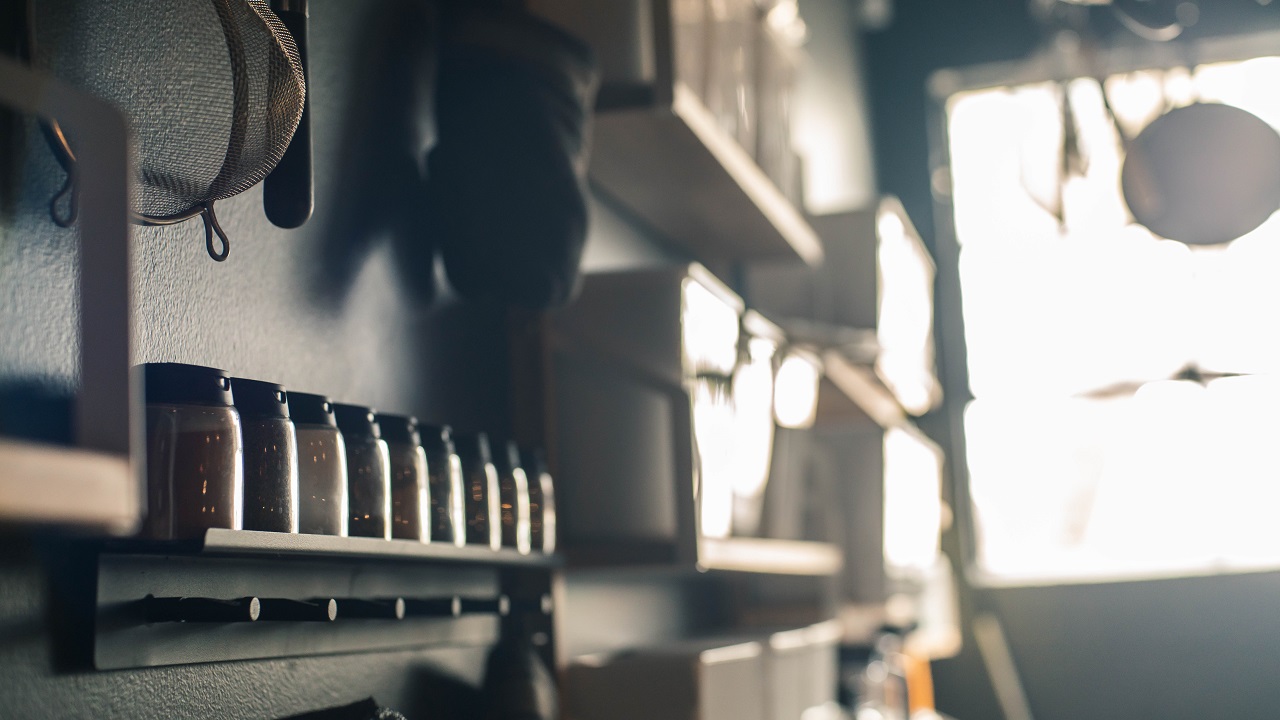 Where does your passion for food and cooking come from?

For me, it’s all about who and what’s surrounding the food. I love culture. I love food. I live dining. Even if it’s just an apple that’s been cut into five pieces, it’s about how the people feel when they see that apple, not so much the apple itself. There’s so much that goes into food. It lets you think about the different things that people go through, like weather or political warfare.

There were and still are cases where people needed to survive, so even through adapting to changes in the environment and utilizing survival of the fittest, this is where food comes from. You see it in foods like gyros and pita sandwiches where the bread was used to carry food around in journeys, for example. So many things are factored into the food you see today, and it’s an experience. The way people eat food is also an experience as well. There may be language barriers, but food helps people speak to each other. 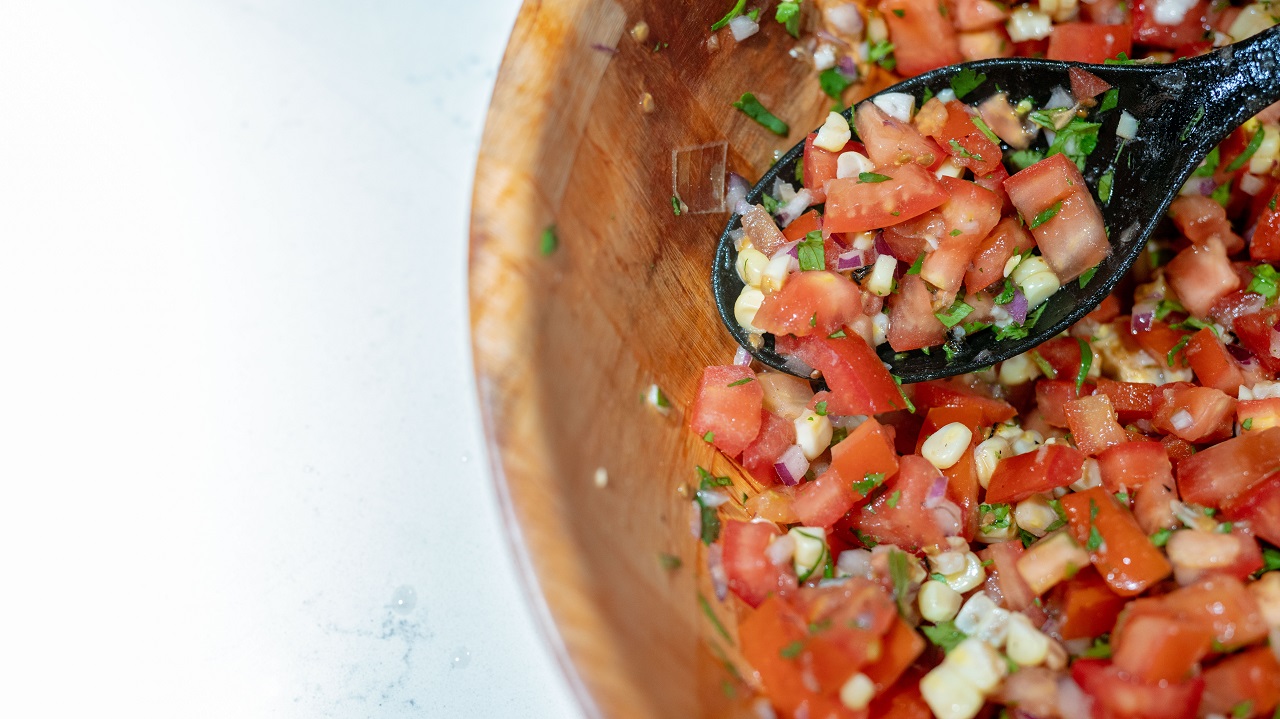 Why did you decide to work at the AWTF?

When I first heard about this place, I fell in love with it. Something about it just caught my attention. When I came into my interview, I initially had no idea who Team Liquid was, but the facilities just blew me away. The high ceilings intrigued me so much. I was really hoping to get this job, since I take things like my job really seriously. I’m here for the grind, I’m not a sucker. Whatever they need, I got them.

When I’m in the kitchen and they’re working hard, I’m wondering “What do they need to win?”. That’s what I wanted to do. The sky was the limit. We’re creating a culture of winning. Whatever it takes to win, I’ll do what I can to make it possible. “Liquid” encompasses the culture here. I actually had a project I created “aguas”, which means water. It represents a sense of refreshment and accommodations. Aguas is synonymous with Liquid, which is such a beautiful thing.

The funny thing is, I had no idea Steve was the CEO until after I talked with him. He came over and started talking to me, and I didn’t know that he was the CEO until someone else told me. There are so many great things that happen here, and I’m happy to be a part of it. 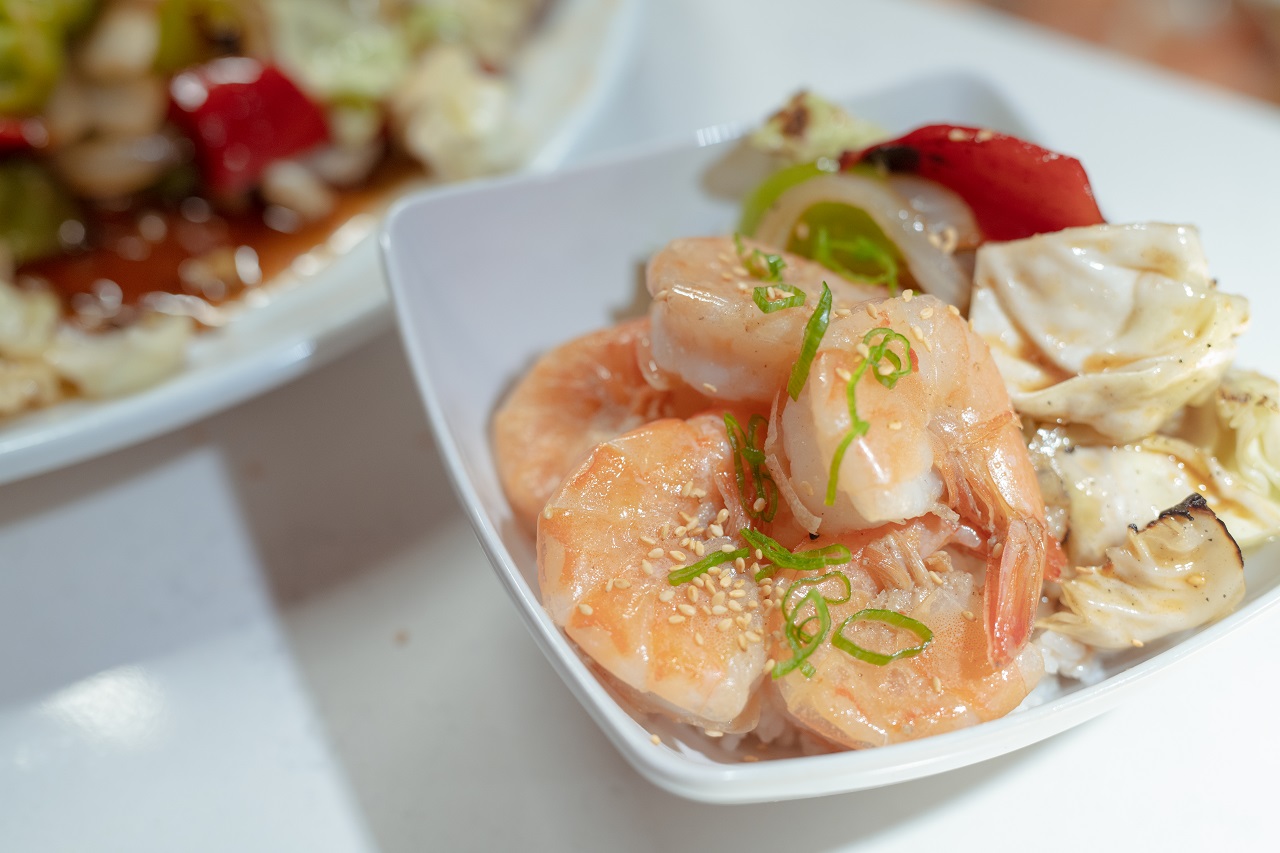 How do you decide what to prepare for the players?

Basically, I just wake up and ask myself, “What do I make? Who am I making this food for? Do I have League? CS:GO? Where should the inspiration for today’s meals?”. These guys are away from their homes. They may be from Korea, they may be from Canada, they could be from anywhere. I also consider what they want specifically that day. They might want something hot or something cold. They may want something that they’ve never had before. They may be on a ketogenic diet or an “I don’t care” diet. No matter what, I try to make food that caters to them.

I have a background in international cuisine, so whatever they want, I got them. I like to think of myself as being on a lilypad, skipping around to different ones and seeing what foods they like and what they don’t like. It’s as if I’m on a culinary voyage. I try to go around the world and give them six to seven choices from a specific region. Whether it’s six to seven Italian dishes, six to seven Chinese dishes, or even six to seven Mexican dishes, these guys love it and they’ll eat it up.

At the same time, I gotta make sure I keep it lean and clean. I make food that’s going to give them lots of energy in the afternoon so they can train well, and then give them something comforting in the evening. I used play a lot of video games when I was younger for fun, but these guys play games both professionally and for fun. When they’re done gaming here for training, they go home and play even more games! It’s very labor intensive for a professional gamer to go through so many hours of training, which is why it’s so nice to have psychologists helping to regulate their stress levels. Since they’re really hard at work, I make sure I give them what they need to keep going.

For lunch today for example, I made them drunken noodles (deconstructed). I first made some chicken in the oven with some drunken noodle seasonings and marinated it. Then I tossed it with some peppers, cabbage, onions and baby carrots and mixed this with the noodles. I served it then with a side salad that had romaine lettuce, edamame, wasabi, green onions, and crispy noodles.

While they’re eating, I get to hear them saying funny comments and whatnot. I take their feedback seriously and use it to help me make the food even better in the future. I don’t let stuff get to me, because life is all about growing through experiences. 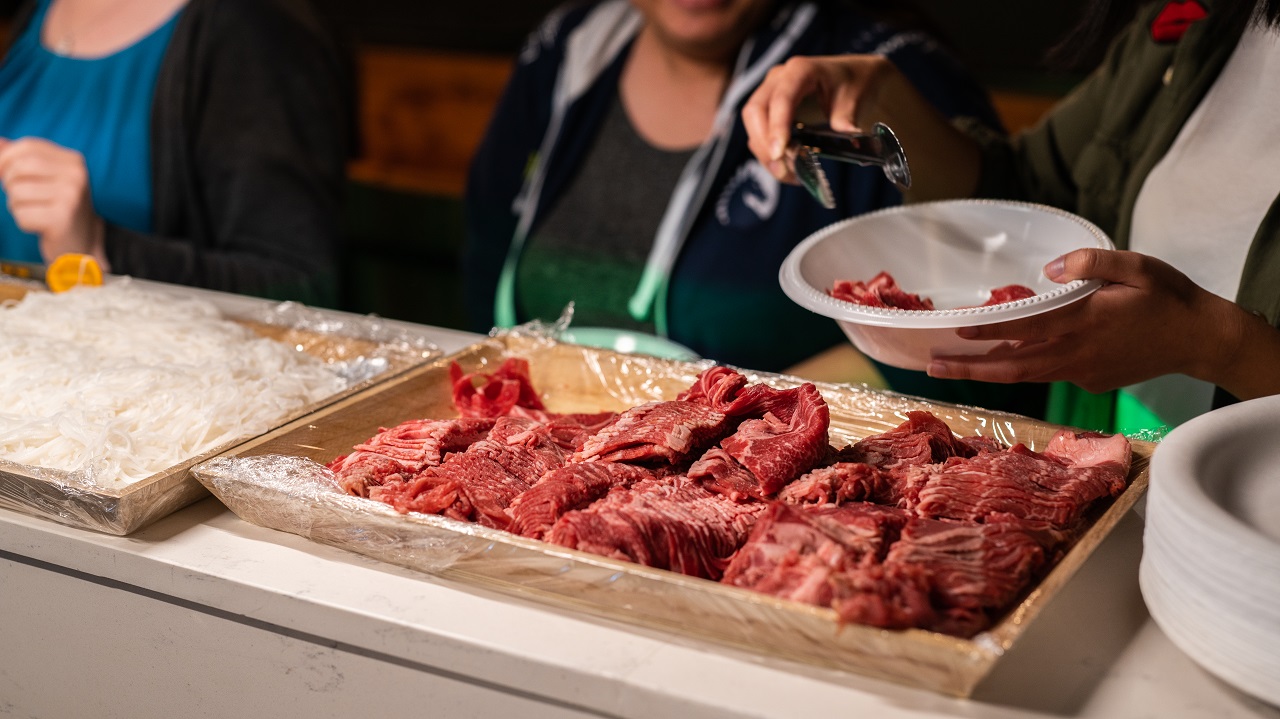 What are some of the tastiest dishes you’ve ever served to the pros?

For lunches, I tend to provide salads or sandwiches, and they also come deconstructed, so they can customize it to however they want. I’ll even bring an assortment of fruits as well. I brought some agua de jamaica (hibiscus tea) once, and they all love it.

Other dishes I make include chicken cacciatore with all kinds of vegetables, different kinds of macaroni and cheese, mashed potatoes, tacos, pizza, and so much more. I understand that these guys are pros, and they have an image to maintain. They wanna stay fit and wanna look good.

I try my best to cater to them, but I also bring in new foods for them to try out. One time I decided to bring in lime and tajin and put it on watermelon and have them try it. After they’ve had it, they told me that it was (and probably still is) the best watermelon they’ve ever had. That makes me super happy as a chef.

Sometimes I’ll go to the matches and someone like Doublelift will be up there on stage and he’ll say that it’s because of my meals that they’re where they are now, and I tell them that it’s because of them, not my food. My reward is in their victory. Whatever they succeed in, I also succeed. 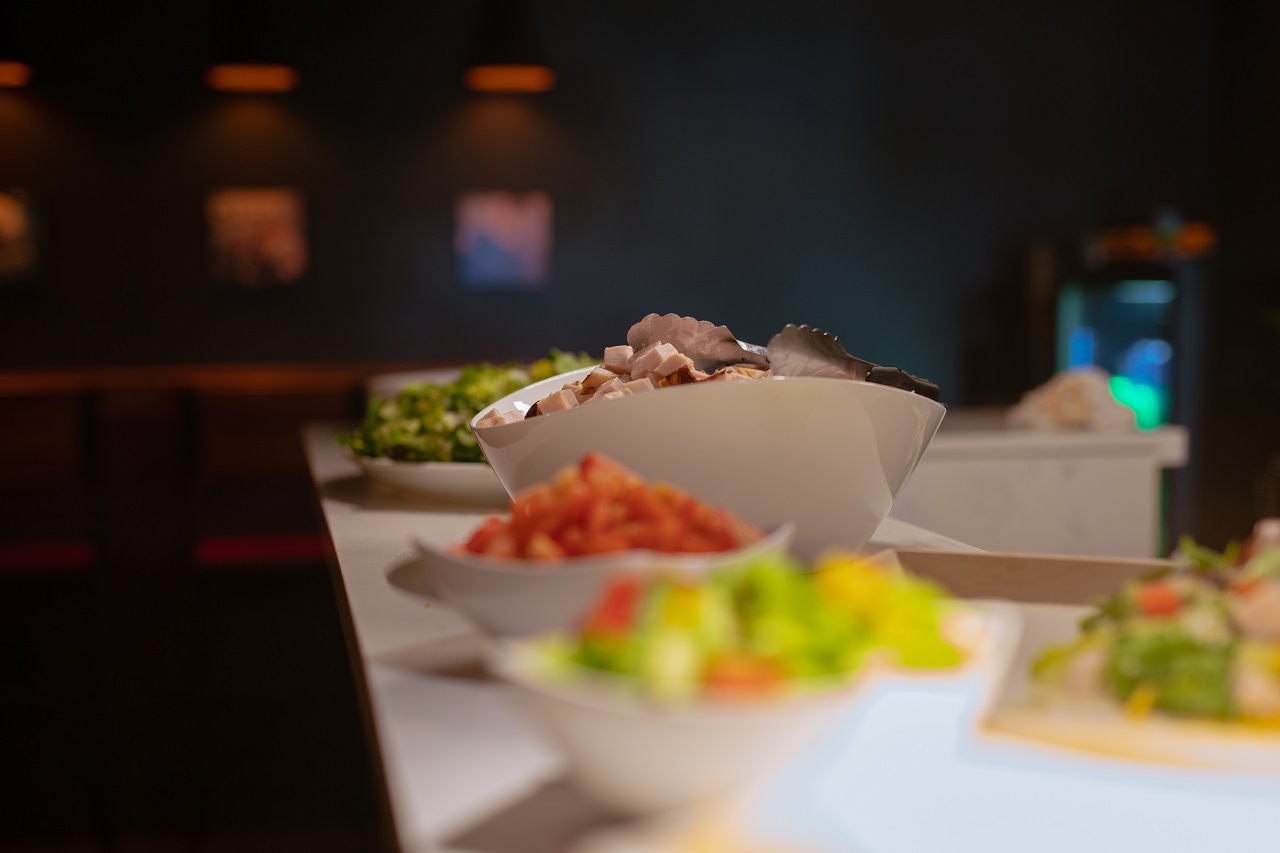 Do you like talking to other chefs when you go to other restaurants?

Yes, but I don’t talk to them just about food. When I walk into a restaurant, I sit and have a talk with the chef. I appreciate their service and I go for the experience. For instance, there’s a sushi restaurant I go to sometimes, and when I go there, I talk to one of the chefs, who is coincidentally the owner of the place. This is what many people don’t realize: the owner of the house for the most part could be working the line in their own restaurant. They’ll be the ones that go to the markets and pick out the fresh seafood to bring back to the restaurant and prep it before the customers come in. Enjoying their food is one thing; talking to them about their experiences as a chef is another, and to me, that’s more valuable.

Welcome to the official Instagram of the Team Liquid personal chef, who is responsible for making sure all players, staff, and guests at the #AWTF are well fed and taken care of! Be sure to follow for more top tier #food posts!