"It's gonna be weird." - Salem on Smash Ultimate

Now that the E3 hype has begun to die down, it's clear which game has continued to be on everyone's mind during the weeks that followed: Super Smash Bro's Ultimate. At E3, I had the amazing opportunity to get my hands on a Game Cube controller and test it out on stage.

And what can I say? It was FUCKING. AWESOME.

And honestly, that's really all I have to say.

As a casual Smash player, maybe I'm not the best spokesperson for a soon-to-be-released title. I can tell you that everyone will be there. Well, except for Waluigi. And I can tell you it was a blast to play. But I am assuming Smash fans are looking for some exclusive insight into the new title. Some real information only a true Smash player can provide.

And who better to discuss Ultimate than one of the best Smash 4 players in the world?

I caught up with Saleem “Salem” Akiel Young behind the Smash Ultimate (Sma5h?) set up, Nintendo employees buzzing all around us, a giant Eevee shuffling by. You know, the usual. It was a day after he had the chance to try out Ultimate with some other pro players, and he was ready to share what people can expect when they finally get their hands on the game themselves in December. 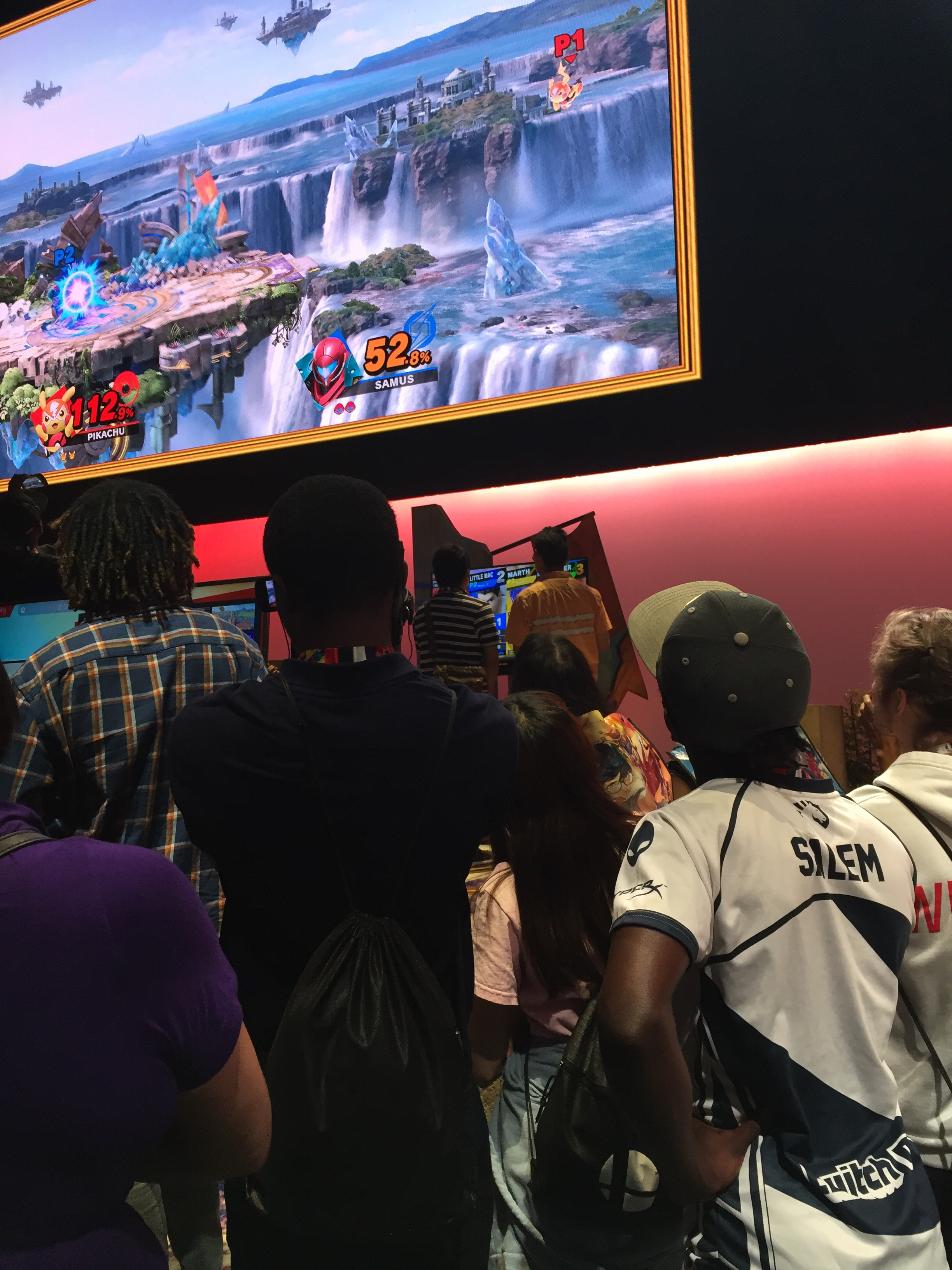 As a Bayo main, what did you notice when you got to try her out in Ultimate?

She's a bit more straight forward now. You do up B, side B in the air... It's basic. Nothing too crazy.

What did you think about the changes? People are already calling for her to be nerfed, just from watching her being played at E3.

They're weird changes to me. They kind of made her play like her pre-patch self in Smash 4. Her specials are hard to get out of. There's a lot less STI in the game. You're more likely to get stuck in a lot of moves with her.

After getting a chance to test out the new Bayonetta, will you be sticking with her as your main?

Do you see yourself trying out any new techniques because of her new play style?

What did you think of the game play overall?

It's a very straightforward game. What you see is what you get.

Were there any techniques that were added to the game that you didn't see in Smash 4?

Dashing is a bit different. At any point in time, you can do a crouching attack during a dash. Even a smash attack or an up tilt. 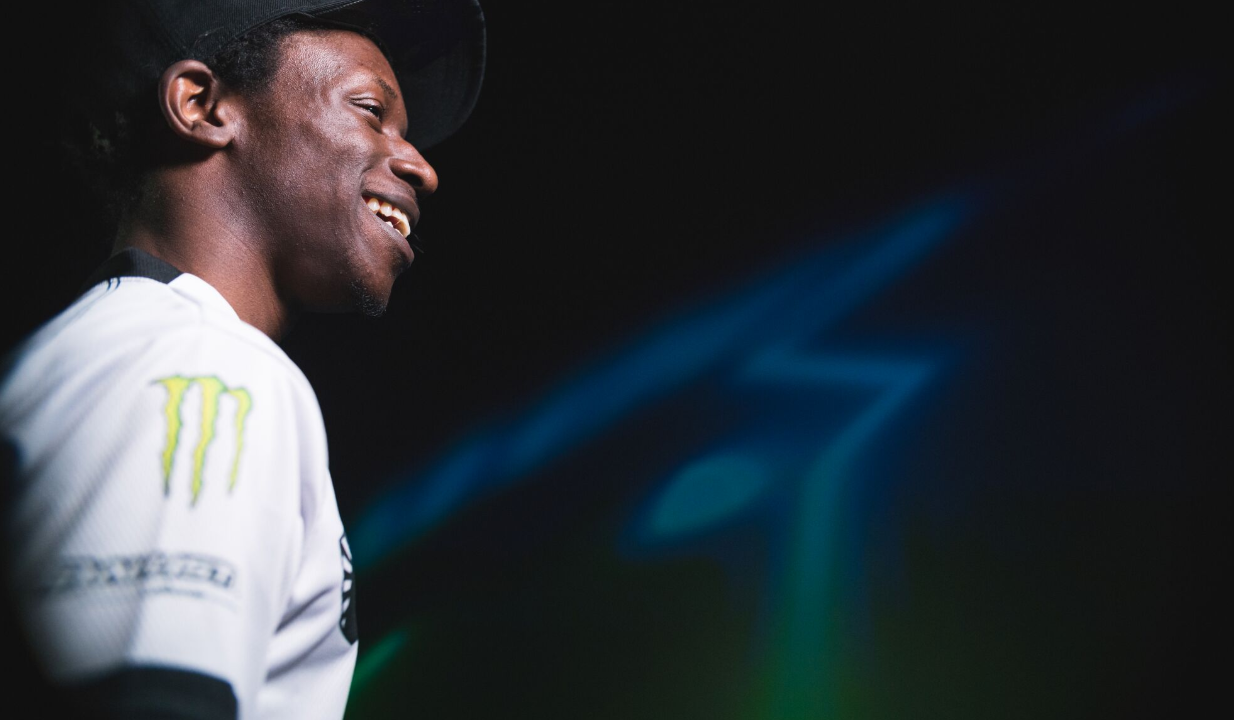 Were there any techniques that were in Smash 4 that you felt were missing?

A lot of the techniques are missing from Smash 4. Like the perfect pivoting. You can't wave land. It's not as effective, because it's laggy.

Why do you think they made these changes?

They want you to not get juggled as hard. But they don't want you to be crazy technical at the same time.

With these changes, do you think Ultimate will be a competitive game?

It's going to be a competitive game. Once they release it, Smash 4 will probably die. It's a much more upgraded version.

You had the chance to play Ultimate with some other pros early Tuesday morning at E3. Who did you get to play with?

We went and played some free-for-alls. Just messing around. I got to play against Cosmos and VoiD. VoiD was testing out Sheik. She is buffed. She has a lot more kill power compared to before.

What did you think of the roster changes?

It's going to be weird. Everyone is there. But the cloned characters are now called “echo” characters. Does that mean they will add more of those characters?

It gives the idea that they may do that to anyone.

Were there any characters that you felt had a way different play style this time around?

Ice Climbers – they're very interesting now. They're not a grab heavy character. They're more about getting them apart from each other, getting them away from their team attacks. It's like playing doubles. But you're 2v1'ing them.

What did you think of Ridley? 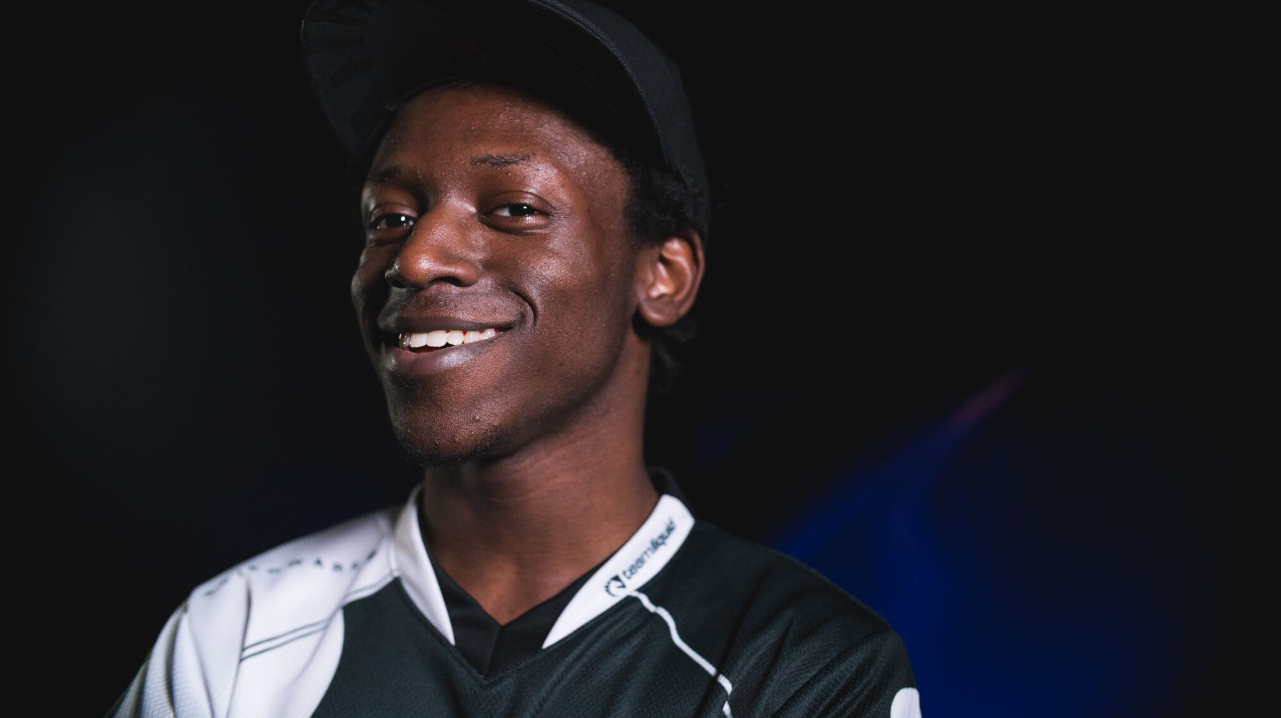 Like they didn't put a lot of time into him? When I played Ridley, I felt he had some similar movements to Charizard.

He felt like Charizard a little. His damage output is awkward. His down B is like Ryu's focus punch attack. They go into crumble and take 40% to 50% damage.

It's insane if it hits. Do you think he'll see competitive play?

He'll definitely see competitive play. But I'm not sure how good he'll be at the moment.

Were there any characters you were hoping would be added to the roster?

Well, they said he was going to be a playable character in the next game. I was like, 'Alright, guess I'll see you there.'

You obviously haven't played the game in full. Are there any changes you are hoping to see once the game is released?

They pretty much fixed everything. Rage seems to be reduced heavily, but it's still questionable, because they didn't show Lucario yet.

What changes are you hoping to see for Lucario in Ultimate?

I'm hoping he is more of a normal character, instead of rage and aura-based. I hope he's more of a martial artist type fighter.

What other changes are you hoping will be revealed?

Nintendo is doing a very good job. But there's still a lot of things missing. Like custom moves. Things they haven't shown yet. I saw the Miis. I'm confused what they'll do for that. I hoping they reveal more later. I hope customs are all easily unlockable, even DLC that can be paid for all at once. I hope they do it right. When some of the customs are too difficult to unlock, they get banned. It just changes the game so much. And customs are so much fun. It makes people play so many different characters. It'll be very exciting.

In all, did Ultimate reach your expectations?

I expected it to be like Smash 4, but since I heard so many rumors, I felt it may be closer to Melee, with directional air dodging. I recently got used to it. I played Melee before. But in Ultimate, you can air dodge. It's just much laggier.

Do you feel it will replace Smash 4?

For Smash 4 players, it'll be fine. It'll be easy to adapt. For Melee players, they... I'm not too sure about that.

Yeah, even before E3 I was hearing from the Melee community that they were hoping the new Smash would be like Melee. For Melee players, it's Melee or it's nothing. But games are supposed to keep changing.

After a while of playing Smash 4, it's been getting stale. Eventually the game stales out. So this is healthy for the community. But this game is so big, it would take a very long time... Years before people get tired. By then, they'll make another one.