Ever since Leo “ziG” Duarte started playing Rainbow Six: Siege for Team Liquid, he hasn't only been collecting W's. He's continued collecting tattoos. With five tattoos covering his arms, fingers and chest, ziG is one of the most tatted up pro players on Team Liquid, and maybe even in all of esports.

ziG's esports story can be told through his ink, even though he's yet to get a piece that screams out “We just dominated the Pro League Season 7! We're awesome!”

But tattoos are a form of expression, whether the tattoo has a deep meaning or not. They are a reflection on the wearer's interests. A reflection of their feelings at that time. Even if they don't realize it themselves. For ziG, he feels many of his tattoos are spontaneous, something he did in the moment. But even in those moments, something was speaking to him.

Like all of his tattoos to come, ziG, 29, had his first tattoo done in Brazil. He was 17, almost 18, and had gone with his mom to watch her get another tattoo. Both of his parents have a lot of tattoos, and it really inspired him to get his own.

So he got “Carpe Diem” written on his leg. “Seize the day.” It made sense because he was spontaneously deciding to get his first tattoo. He liked the saying. He liked the color. He liked the font. And he just went for it. Carpe Diem. 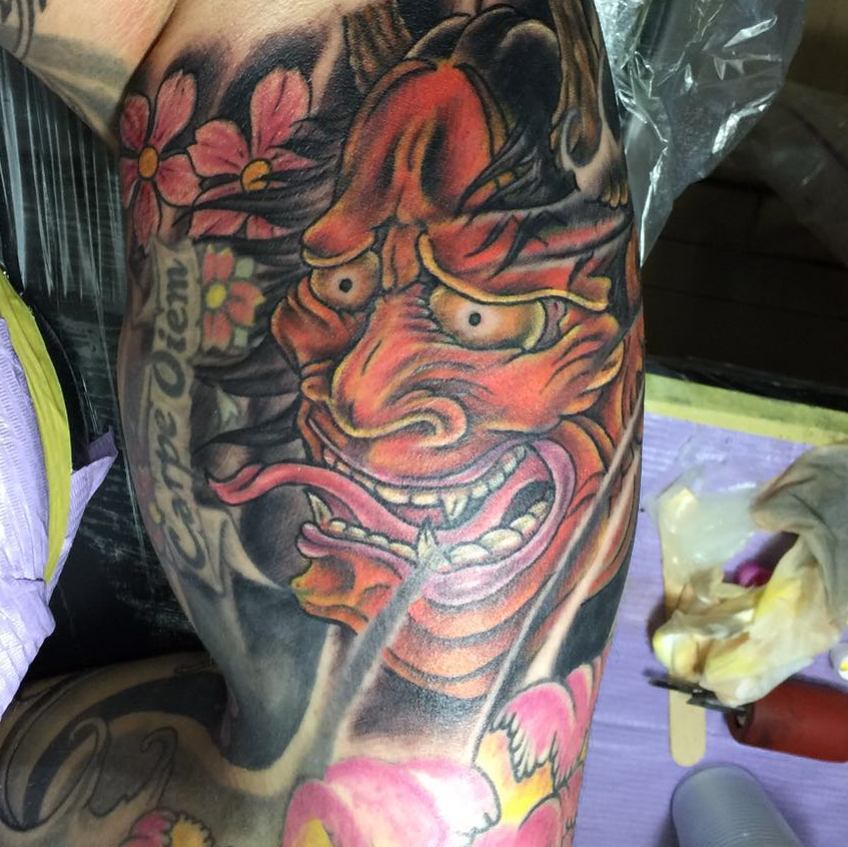 “I was just hype to get my first tattoo,” he recalled.

Around that time, ziG was getting into Battlefield. Nothing professional at the time. Just for fun. He loved the vehicles, the planes... It was just more diverse than other shooters. The maps were bigger, and there were tanks. What's cooler than tanks?

When he was 19 he got his second tattoo. It was a sound wave representing the first sound of the universe. It was a design that he just felt was cool, a design his friend had showed him. And he thought, “Sure, why not?”

ziG had been spending a lot of time with his friends during that year, and the idea of getting a matching tattoo spoke to him.

“My mom was heading to Australia,” he recalled, “and I was just trying to enjoy Brazil, because I was planning to leave for Australia, too.”

He sketched his own version of the tattoo, adding a flower to the design and making it his own. But it was still a reminder of the time he spent with his friends. Their closeness during that time. A time when he thought he may be leaving for something new.

And like the sound of the birds, waves and air that made up the first sound of the universe — the sound wave he had tatted on himself — ziG was thrust into a new beginning. The start of his esports career, which opened up a whole new world for him.

ziG moved to RainbowSix: Siege in 2016, playing for Pain Gaming. He changed to Black Dragons in the midseason, and then BRK the second season of 2017.

As in, he joined us. Team Liquid. The most fun esports organization in the world™.

After playing first person shooters for more than 15 years, ziG got his next tattoo at 26 years old: A bullet on his pointer finger and a crosshair on his middle finger. 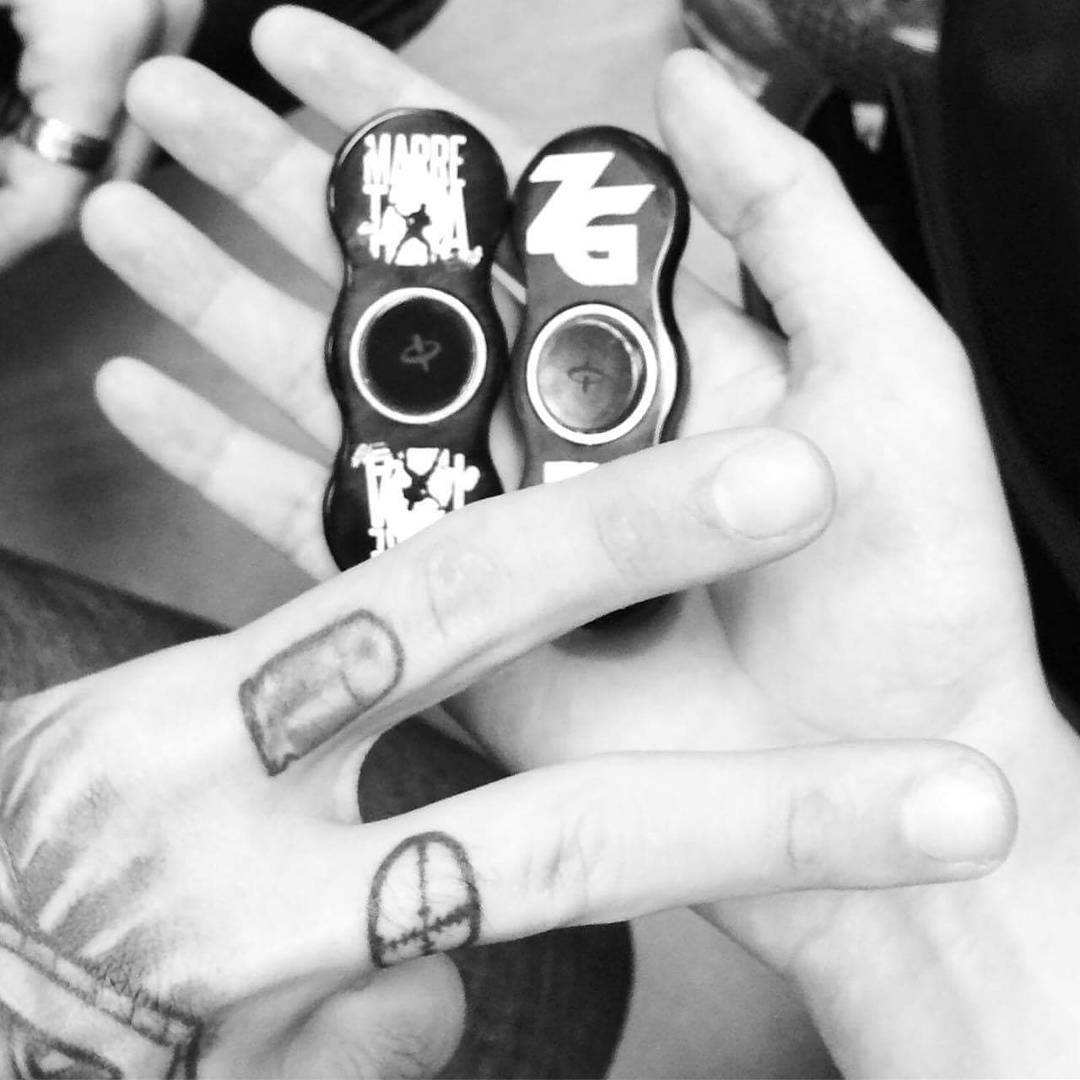 He explained simply: “You use one finger to aim. And the other to shoot.”

Of course, there's more to the game than just aiming and shooting. But that's what ziG loves about it.

“The best thing about Rainbow Six: Siege is the tactical playing,” he clarified. “It's not just shooting people. You have to build a strategy with your team. That's why I like it so much.”

ziG got the tattoo as an ode to FPS near the beginning of his Rainbow Six: Siege career. Around the same time Team Liquid played their first major tournament; it was Elite SIX, and they were in the finals against Team UNITED. Unfortunately, Team Liquid lost, but it was their first big tournament and according to ziG, “we were so excited to get that far.”

Seeing how quickly Team Liquid had become the favorites was a surprise, however.

“It's awesome,” he said. “[All of the players on the team] work so hard to be recognized. Team Liquid provides this for us. We are all very happy to be here.”

Throughout his time on Team Liquid, ziG began to stand out as one of the most experienced players in the national scene.

“I believe his best quality is his ability to read the opponent in game and make the team work out to counter their strategies,” said Rafael, the team's Manager. “He is also very calm in difficult situations during the game, which has a very powerful influence on the mindset of the team.”

ziG has continued to evolve, as has his Rainbow Six team. Since their first finals match, Team Liquid has played in the ESL's Pro League Season 7 Latin Finals, followed by a first place victory at the World Finals. They've taken 9th place at the Six invitational. And now Team Liquid is looking at the BR6 S01 2018 and The Paris Major, another tournament for the top eight teams in the world, in August.

The team has been “working really hard,” training eight to nine hours a day.

So ziG has been spending a lot of time with his teammates, which led him to the two tattoos on his arm: One is of his fiance “in life and death,” where one half of her face is a portrait and the other is in sugar skull style. He also has a heartbeat wavelength, which his fiance Anne also has. 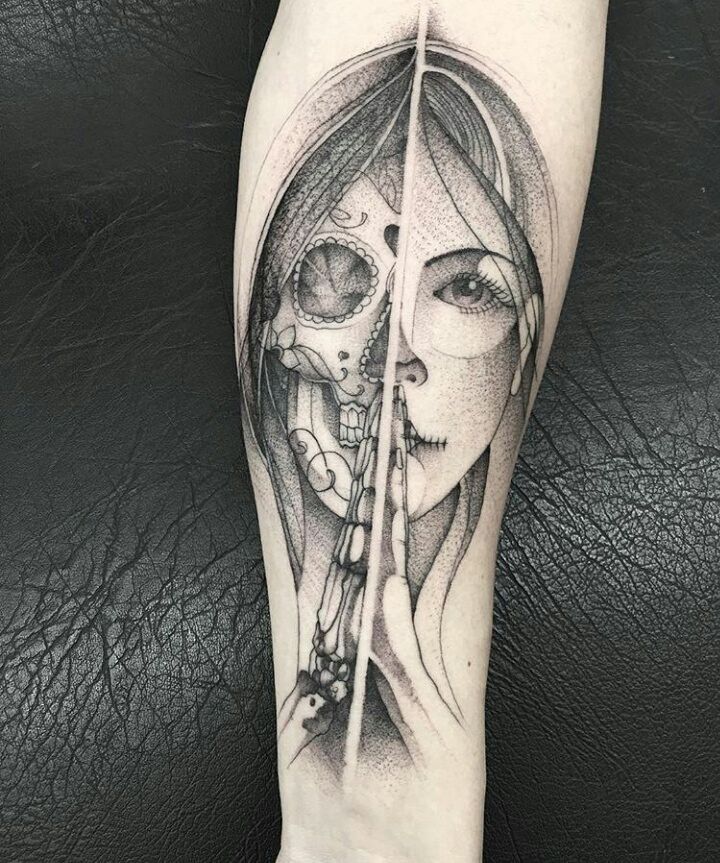 “She lives in Rio,” he said, “and I'm living in the gaming house in São Paulo with the boys. I'm always so far from her. I miss her a lot. I decided to make this tattoo so I look at my arm and think about her.”

It was “love at first sight” for ziG when he met Anne at a party back in 2016. And even though she doesn't play video games — unless you count the Sims, which ziG and I both agreed not to — she is very supportive of his esports career.

“She doesn't watch the games because she gets very nervous,” he laughed, “but she has always supported me since we met.”

Despite reservations about watching ziG play, Anne was present for the announcement that ziG would be qualifying for the Pro League Finals after winning the BR6 title. But she wasn't just watching from the sidelines; ziG actually took that opportunity to propose to Anne live, and when she ran onstage to giddily accept, crying happily in his arms, the crowd went wild.

It was a testament to how integral Anne was — and is — to ziG's success in esports. Knowing he has her support. And it's no surprise that he would want a tattoo to remind himself of her when he's away from her, practicing with the rest of the team.

ziG's latest tattoo is a traditional Japanese style tattoo that flows from his right arm to his chest, covering both. Complete with Koi fish, a dragon, and an oni demon, the tattoo took over five days to finish last year. And it was painful. But, a good pain. 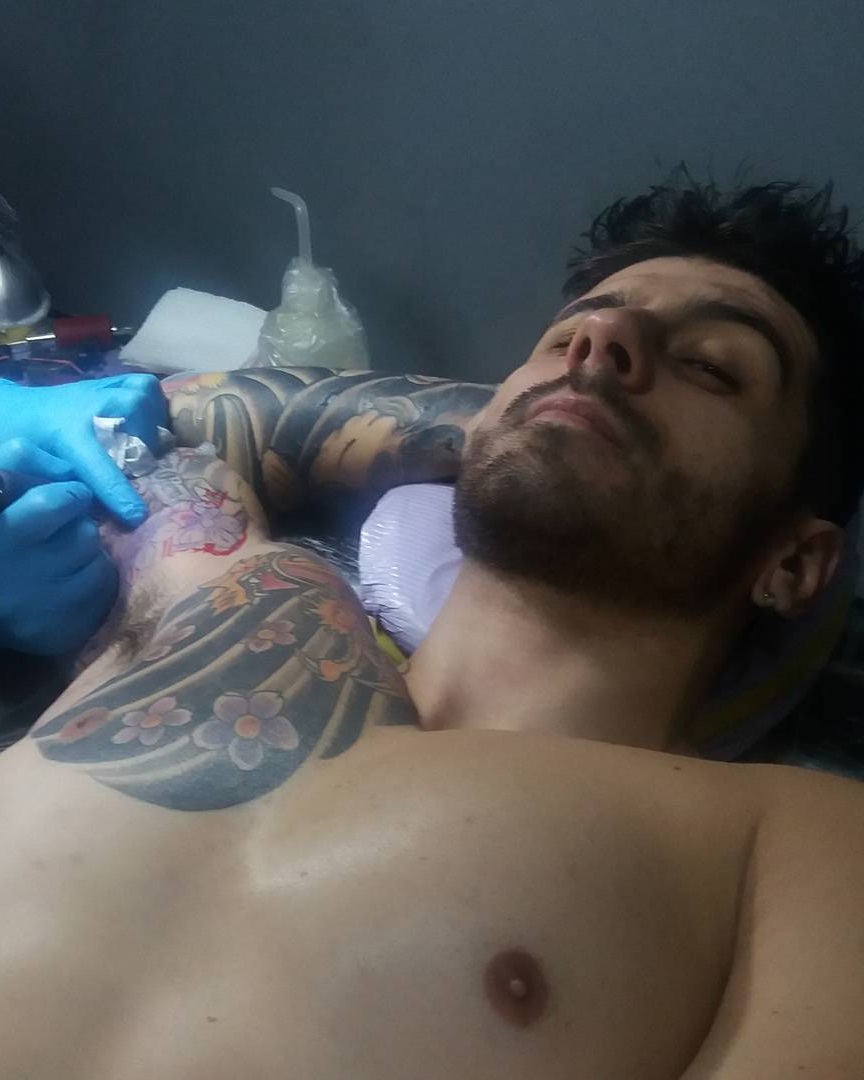 “It's hard at the beginning,” revealed ziG. “But after that your body gets used to it. The results make the pain worth it.”

The five sessions spanned from 2014 to the final session in 2016. By that time, the team had a few championships behind them — BR6 2017 champions and second in the Pro League World Finals the same year.

Away from his fiance, practicing eight hours a day, it's really been hard work to reach their level of success. There's been sacrifice. But, the results have shown that their dedication has paid off in the end. And they're only continuing to get better.

“My teammates are funny, and we have fun go karting and going to the movies,” he details. “We pass each day laughing. And we learn a lot. We love to work with games. We love games, and it's our job. It's amazing. We appreciate what we do a lot.”

It's almost like the results make the hard work worth it, and we come full circle.

From a spontaneous decision to “seize the day” back when he was 17, to a full arm and chest piece that took a lot of dedication to complete, ziG has gone from playing Battlefield for fun with his friends, to competing in Rainbow Six: Siege championships all around the world with Team Liquid. His dreams made into reality. His hard work paying off, with help from his teammates.

As Team Liquid's Pro League Season 7 win clearly shows, the team keeps getting better and better. We wonder what tattoos ziG will get in the future to commemorate these moments, each win a new chapter in his life to memorialize with creative sketches. These are memories etched in skin with ink, permanent reminders of not only what has happened, but what's to come for ziG and Team Liquid.