“Last year people told me that I’m the best support in NA, but I still have many things to learn. So what if I solved my problems? I would be the most broken support in the world.”

League of Legends is an international competition. The professional talent pool defies all borders despites Riot’s regional seasons or even import regulations. For most players, making the jump across these competitions is a huge step that only happens once in a lifetime. Kim “Olleh” Joo-sung took this leap four times in a career just under five years old.

Along his adventures, Olleh found growth both personally and competitively, taking every opportunity to learn from his circumstance and become a better pro. Today, he is the culmination of these lessons, yet he’s far from finished. In 2018, Team Liquid’s new support is eager to learn.

Olleh faced many challenging moments as he traveled the world, the worst of which would define his character. “Actually, people don’t know the real story,” he defends plainly in regard to infamous claims of his negative attitude during his time in the LMS. Olleh looks back and finds maturity and strength where he once had frustration and anger. Despite facing miscommunication, overreaction, and even slander, he sees the lessons to be learned. 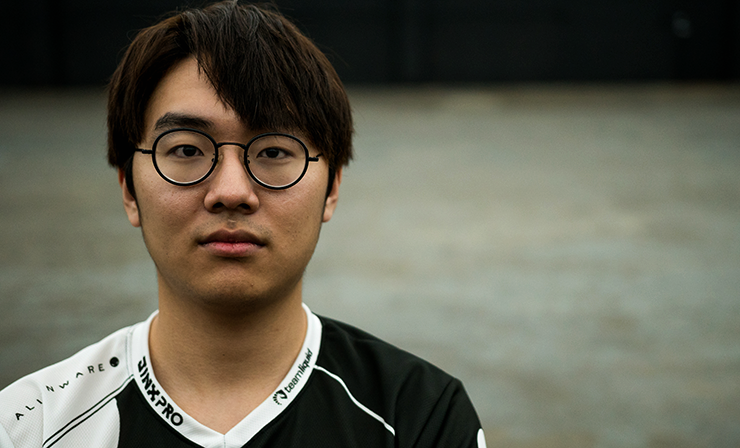 “I changed myself and always try to be humble and not blame anyone."
After Olleh’s teammate spread false information about him on stream following a tough season, he learned to weather the public eye, and even accept his situation. “It was the worst year in my whole life,” he recalls, “everyone blames me on the internet, my messages were all bad words. In Chinese, English… even when someone translated into Korea: all bad words.”

“I was really unhappy and I wanted to give up being a pro player at the time.” Even at this low, however, Olleh grew wiser. “I learned a lot from that time. Even the single word can make some misunderstanding and make my image bad,” Olleh says, remembering a mistranslated interview that tainted his image even more in the region.

“I changed myself and always try to be humble and not blame anyone. Since that time I grew up a lot,” he says, “it’s sad to see ‘Olleh trolling’ or ‘Olleh has a bad attitude’. If I can say to my people I was not absolutely trolling.” Olleh’s desire to defend himself is born of the flagrant miscorrelation between who he actually his and who we was perceived to be.

For those who work with him today, positivity, hard work, and loyalty are the pillars of his character. “People who know me and who work with me know who I am. How I work what my reactions are like,” he points out the true Olleh, “I realized ‘if you are with the fly you will end up in the toilet, if you are with the bee you can be around the flower.’”

Olleh is happy for these experiences even though they pushed him to new lows. He accepts everything as necessary stepping stones to success, and 2018 offers him a stronger foothold than ever before. “Now I am really happy to work with people who are fucking great. Because of that experience I really appreciate my teammates now,” Olleh says with relief.

“Peter… yeah Peter. Even though he is famous he’s still nice,” he pauses for an exception, “maybe he’s not nice on twitter but I like him a lot.” The dynamic duo has already found great comfort and joy in each other’s company. “I try to be more close,” Olleh says, “I told him honestly you can point out my problems. I’m really happy to listen to your opinions and work on that.”

Olleh’s openness with his AD Carry is a feature of his strong communication, but also one that displays his desire for improvement. He understands that to learn you must work on your weaknesses—thankfully he has a whole team and support staff to point them out. “Last year people told me that I’m the best support in NA, but I still have many things to learn,” he ponders, “so what if I solved my problems? I would be the most broken support in the world.” 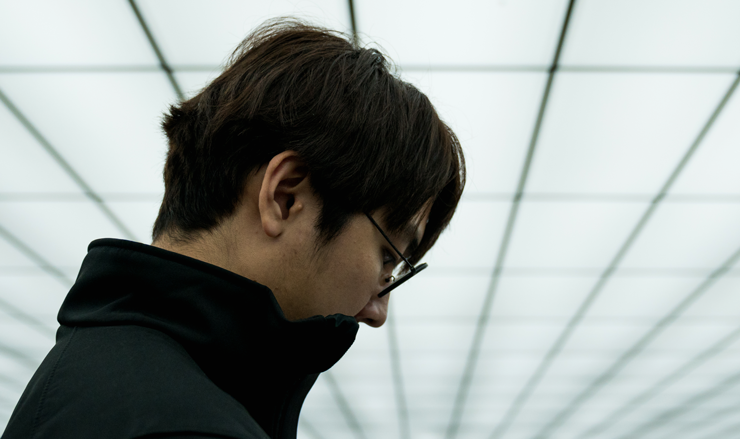 “I want to be the person who always tries to solve my problems. Kinda the same as last year, always getting better and better.”
His focus is on being a better player, and in turn he becomes a better teammate. “‘Oh, Olleh you have such-such a good attitude!’” Olleh acts out, speaking from the back of his throat with a deep voice—an imitation of his botlane partner. The two have a balancing act ahead of them. Somewhere between Olleh’s unashamed aggression and desire to stomp lane and Doublelift’s matured game sense lies the sweet spot of botlane dominance.

“Now I’m trying to practice being defensive,” Olleh reflects, “Peter is really good at scaling and then his level will be better than enemy adc and he can smash. My way was I don’t care about levels or items, if there’s good chance I just try to kill them.” This season, Olleh is trying to reel it in. “I can play aggressively with a smart way. I still play aggressively with Peter but maybe I’m more calculated now,” he says.

Flight of the Bumblebees

One of Olleh’s greatest strengths is how clear his goals are. He knows exactly the type of player he wants to be: putting his team first, and always improving. “I want to be the person who always tries to solve my problems. Kinda the same as last year, always getting better and better,” he says looking towards the Spring Split, “I’m happy I have many things to work on and study. It will be good I will study every day.”

One of the most competitive splits in NA LCS history stands before his new team. With faces old and new, Olleh remains hopeful of Team Liquid’s chances. “For this year, I think we have a chance to win NA LCS. Maybe- probably we make it-” he pauses, “oh wait that’s too arrogant, I have to be humble.” He continues with a laugh, “I think we can play as well on stage as people expect. We win NA LCS, we beat TSM, we beat every team.”

Olleh’s outlook for his start studded roster extends all the way to worlds stage. Though he’s learned to be humble, his optimism won’t let him shoot any lower. In the opening weekend, there’s one matchup on everyone’s mind: Team Liquid vs. TSM. Olleh sees this match as an opportunity for solidarity among his teammates.

Keep checking TeamLiquid.com for the latest in TL news, events, and features! And follow us on social media to keep track of our teams.

Writer // Logan Leavitt
Interviewers // Ken Serra, Damian Estrada,
Photography // 1UP Studios
Graphics // Felix Temple
Please log in with your teamliquid.net account to post a comment.
League of Legends   CoreJJ: Death Of Pride // Birth of Skill "If I lose many games, I'm gonna keep playing till I win. If I win enough games, then I just watch Netflix or YouTube."
League of Legends   Jatt: Beating the Team in Front of You "Your preconceived notions of Worlds doesn't matter. What matters is beating the team in front of you."
League of Legends   Broxah: Believing is the First Step "I came to Team Liquid with two goals. One was to win LCS. The second was to be part of the first TL team to get out of group stages at Worlds."
League of Legends   Journey: Dragons, Knights, and Team Liquid Welcome to the journey of Team Liquid’s League of Legends’ team as they head to the Worlds Play-In Stage.