"I actually don't know much about American Culture. I just stay inside. Focus on myself. Live on internet.

Editor's Notes: Most of the actual quotes from Impact have been slightly revised for grammar and format purposes. The tone and voice of the Korea native have been maintained as best as possible, but note the true intended meaning might be different than what was mentioned.

Jeong "Impact" Eon-yeong stands as Team Liquid's most accomplished League of Legends player. While some have won regional titles, and all have attended Worlds, no one else on the roster knows the feeling of hoisting the Summoner's Cup and taking home absolute glory in the World Championship for their home country.

"I really just want to show people I'm a good top laner. That's it. I really will just focus on myself."
Yet, while ultimate international achievement stands as the end-all for most pro gamers, Impact himself will be the last person to tell you about his accolades. Glory, fame, and total victory, while nice, aren't at the forefront of what makes one of NA's most respected top laners tick. And for the most part, when asked about how he maintains his skills or what drives him, he'll simply say, "I focus on myself." 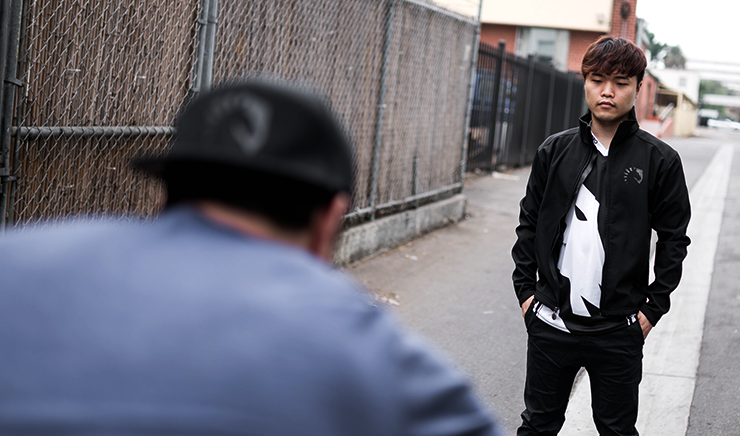 "For me, I got a World Championship win already," Impact says. "So I'll try for an LCS win. But in the end, I really just want to show people I'm a good top laner. That's it. I really will just focus on myself and hopefully improve my play all the time."

And no matter what you ask him; whether it's about Team Liquid, about the season, about his teammates and the competition, he'll stick to his ideals and repeat, "I focus on myself."

"The new season, it's all just fine, it's not too exciting for me like the way other people are about it," Impact responds when asked about his place on Team Liquid. "For me, whether or not my teammates are good or bad on any team, I don't care. I really only care about how good I do. If my teammates get better or improve or play well, that's good too."

Then when asked about what he thinks about Olleh's aggressive play," that's fine. I don't care. I just focus on my play. If bot side has advantage, then whatever. Top lane is fine then, I'll farm. But if I have advantage, it's fine too. It's the same thing for me. Whoever is ahead, just focus on team play and we win."

And finally, when asked about what it's like to have a Korean Head Coach in Cain he'll say, "I think he's good. The picks and bans are good and I like Korean Head Coach because he'll help me focus on myself much easier."

"I'm always thinking about my teammates so I really want to try hard and be good. So I have to focus on myself so I can be better."
Turns out the secret to becoming an elite top laner is focusing entirely on your own performance. Both in and out of the game. Impact moved to America 3 years ago, and while that seems to be ample amounts of time to adjust to your surroundings, it's a different story for the former World Champion.

"Culture, no I don't understand American Culture. I never go out," Impact says, with such a stern face. "I live on the internet and just play games."

He continues, "Actually, I maybe get some of it. I watch a lot of streams so I love memes. They're fun. NA jokes are fun but Korean jokes are better. Maybe that's just because I'm Korean. For me, watching movie or anime or stream, it's fun and I like it when I'm tired, but it waste a lot of time for me at least." 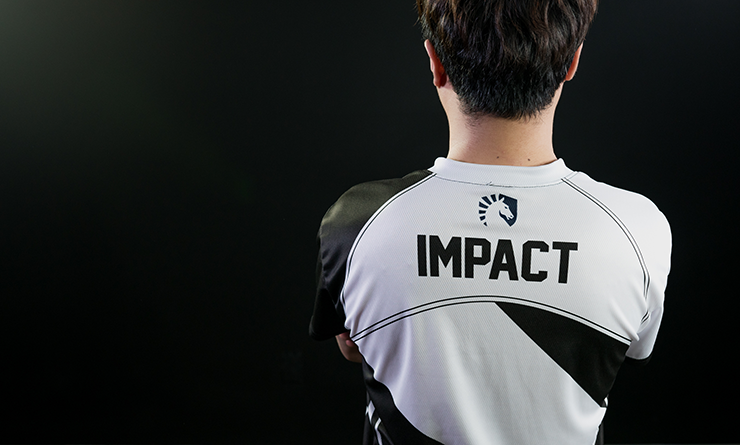 Though League of Legends may seem to dominate his life, it's not without reason. For the last few years, Impact is seen as the more mature, older brother figure. The man, no matter what team he's on, that will take care of those around him. And after much talk about focusing on himself, he finally touches on that idea.

"For me, I'm always thinking about my team and my teammates so I really want to try hard and be good," Impact concludes. "So I have to focus on myself so I can be better. And yeah sometimes it gets lonely because I don't talk with my friends, at least my friends from Korea. Yeah, I'll talk to you guys, like TL, but I just play video games all the time. I want to keep playing for a long time, hopefully till I'm 30. Maybe that's too greedy, but that's why I practice and play hard and focus on myself."

And it's paid off for him. Without question, Impact is one of the most consistent, high-end top laners in NA. With all that focus, that level of consistency in his gameplay will likely be maintained for years to come.

"I just play League of Legends all the time, because I'm a pro gamer. That's my job so that's okay. I can watch all of the anime or movies maybe when I'm tired. But eh, more solo queue is better for me."

Keep checking TeamLiquid.com for the latest in TL news, events, and features! And follow us on social media to keep track of our teams.

Writer // Ken Serra
Interviewers // Ken Serra, Damian Estrada,
Photography // 1UP Studios
Graphics // Felix Temple
Please log in with your teamliquid.net account to post a comment.
League of Legends   CoreJJ: Death Of Pride // Birth of Skill "If I lose many games, I'm gonna keep playing till I win. If I win enough games, then I just watch Netflix or YouTube."
League of Legends   Jatt: Beating the Team in Front of You "Your preconceived notions of Worlds doesn't matter. What matters is beating the team in front of you."
League of Legends   Broxah: Believing is the First Step "I came to Team Liquid with two goals. One was to win LCS. The second was to be part of the first TL team to get out of group stages at Worlds."
League of Legends   Journey: Dragons, Knights, and Team Liquid Welcome to the journey of Team Liquid’s League of Legends’ team as they head to the Worlds Play-In Stage.