An historical achievement. That is the only way to summarize Team Liquid's unbelievable championship run at The International 2017.

We have been dreaming of this moment since our first TI 4 years ago, and we can finally call ourselves International winners. With this victory, Team Liquid has now won the most prize money in the history of esports, while KuroKy is the world's winningest player. This is also a culmination of our legendary captain's career, his first TI title after previous silver medals.

It was not easy, however. We had to come back from lower bracket round 2, the first team to come back from such a deficit to win the tournament. After the initial defeat at the hands of iG, Liquid sliced through 6 of the best teams in Dota and claimed the first sweep in the grand finals of an International or a Major in order to raise the Aegis above their heads.

At many times during our run, it almost looked like we were down and out. Opposing teams banned out GH's heroes and some fans thought that they had Liquid figured out. Yet the team grew over the past two weeks and banded together to conquer it all.

Congratulations to KuroKy, MATUMBAMAN, MinD_ContRoL, Miracle-, and GH for this incredible achievement. Congratulations as well to Mohamed, our manager, Heen, our coach, and all our support staff for doing whatever it takes to help our team succeed. We are all proud of what you have accomplished today, and it’s going to be a non-stop celebration.

Thank you to all our fans for cheering us on throughout the entire tournament; for the Earthshaker claps, the “USA” and “Let’s Go Liquid!” chants, and the memes and social media support. We all lost our voices today, and we needed every ounce of your energy to make this happen. 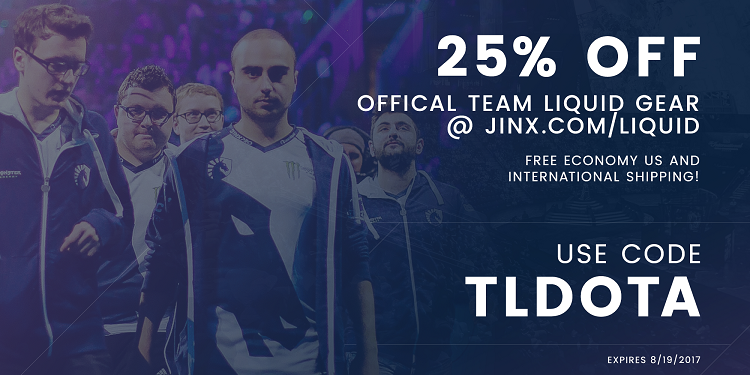 At The International 2016, Liquid struggled during the group stages and started in the loser’s bracket. This time, however, we reigned atop the standings, which gave us a choice of opponent for the first round of the bracket. Unfortunately, our stay in the upper bracket did not last long as we were undone by our choice of iG. The Chinese squad looked very prepared to counter our draft, with Game 1 exposing the importance of vision in our playstyle. We snatched one back when they allowed GH’s KotL, but iG successfully punished our very greedy draft in Game 3 to knock us down.

There, we would meet Team Secret in a face-off between old friends KuroKy and Puppey. The latter claimed first blood in Game 1 with a masterful performance on Spirit Breaker—Puppey was involved in almost every kill in the early game. With our tournament on the the line so early, we resorted to Alchemist, and MATUMBAMAN’s Lycan and GH’s Nightstalker managed to give him enough space to become unstoppable. While that game plan looked good from the start, Game 3 began with a rocky laning stage. Liquid was on the back foot for the first 20 minutes until a massive 4-man wipe that turned the tide. GH’s KotL healed a monstrous 15.7k worth of damage to sustain us to the next round.

There we would meet the surprise package of the tournament led by the best stand-in in recent memory, Resolut1on. With two series on the day’s agenda, Liquid did their best to conserve their energy as they ousted Empire 2-0 in little over an hour. Empire gave GH his KotL in Game 1 and paid the price before succumbing to Huskar+Oracle in Game 2.

Liquid still had another series to play, however. This year’s International had already had great games up to that point, but a record would be broken between two of Europe’s titans. VP and Liquid squared off in a relentless 103 minute game, making it the longest game in TI main stage history. Neither team could safely acquire mega creeps, until a maddening final minute that involved dropped Rapiers and desperate buybacks. In the end, Liquid had done it, and the arena erupted after a heroic effort from both sides. VP would not crumble, however, and they bounced back with a clean mid-game push to tie things up.

Both teams were visibly spent, but the series had to be decided. A classic duel of hard carries emerged to settle the score: Ramzes Faceless Void vs Miracle- Anti-Mage. However, it was MinD_ContRoL that stole the show with his measured, patient counter-pushes. It did not matter if Liquid was losing team fights, MC was channeling the spirit of Alliance and ratting buildings beyond the observer’s vision. 3 hours after the teams first entered their booths, Liquid had survived the furnace.

After an exhausting Day 4, Liquid only had one opponent left to beat in order to reach the lower bracket finals. LGD had just smashed Invictus Gaming—the team that had knocked TL down to the lower bracket—in a combined 48minutes of dominant Dota and looked poised to continue their flawless run through the lower bracket. Liquid’s momentum from the day prior proved to be stronger as we bulldozed right over the Chinese squad. Miracle- Morphling shotgunned the life out of LGD in Game 1, and Liquid closed things out with the finest of cheese. Huskar+Dazzle was chosen to counter the Oracle, and we added on a dose of Broodmother to our fondue. LGD could do nothing and capitulated after spiderlings had infested their main.

For the first time, Liquid reached the final day. LFY stood in the way of the finals stage, and they took first blood with a brilliant Sniper 5th pick. Undeterred, Liquid simply picked Alchemist and steamrolled over LFY in a game that never really looked close. That all changed in Game 3, which had one of the crazier endings in the tournament. A big Liquid advantage in the early game saw Morphling sitting 3rd to the last in net worth at 10 minutes, but LFY scaled the money graph with precision team fights. Miracle-'s bravado finally ended the game as he charged with the aegis with backup a long ways away to shred LFY's hopes of an all-China final. 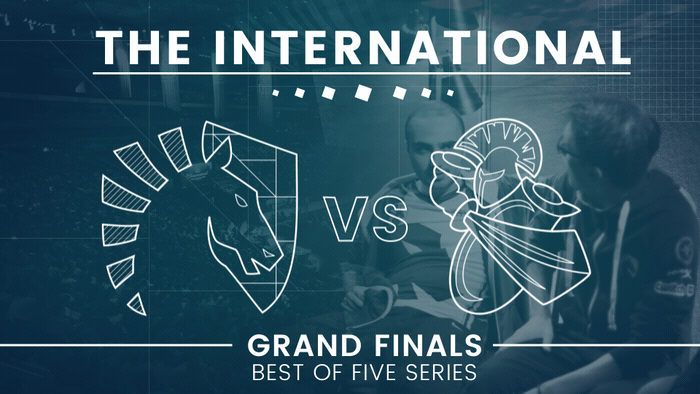 Finally, it was time for the grand finals. Team Liquid ascended into the booth with the crowd chanting for the team, and the Key Arena crowd was on their feet for the biggest match in all of Dota. Newbee had pranced through the upper bracket with barely a scratch, but Liquid immediately showed that their counterparts were mere mortals. A masterful draft from KuroKy set up a leisurely laning stage for Liquid in Game 1, with GH and Kuro taking advantage of the confusion to tear Newbee's cores apart. The Chinese squad quickly found themselves a mountain of gold behind, and Liquid surged ahead to force the first tap out of the finals in just 27 minutes.

Game 2 started with a much different pace. Newbee changed up their bans to include Nature's Prophet early, the hero that had arguably been the most influential in their past few series. Newbee's lanes benefited as Miracle- and MATUMBAMAN struggled to find farm, Kpii and Faith providing the pressure to keep Alchemist's farm down. Newbee tried to gank Miracle- as much as they could, but the rest of Liquid played the vision and creep wave game to perfection in order to buy him more time. Plague Wards and Treants created the space for Alchemist to leap ahead in net worth. After one key fight around the Roshan Pit, Newbee found themselves unable to kill the bulking ogre as he bulldozed the T3 towers in order to claim match point.

Newbee was a death's door, and they had to pull out all the stops to survive. They shifted gears and attempted to out-draft KuroKy by again banning the Furion and taking Venomancer for themselves. The ploy allowed Newbee to have a more successful laning phase, with no clear leader in net worth during the early game. Newbee played their best game in the finals to keep things close, at times even sieging high ground with their wards and Death Propeth's exorcism. The game continued to bounce back and forth until once again, Team Liquid seized an incredible fight near Roshan. Miracle-'s Juggernaut dropped down to below 5% HP and looked destined to die, but GH once again saved the day with an Echo Slam to free up the Omnislash. The teamwork between MC, GH, and KuroKy turned the fight around and ended with 5 Newbee heroes dead and all of Liquid's heroes with a sliver of health. Once again, Liquid's sustainability and healing proved insurmountable for their opponents as they marched up high ground in order to slam the final nails in Newbee's coffin.

The arena erupted with Liquid chants as the team emerged from their booth as the International 2017 champions. An historic win for one of the most storied teams in all of esports, and a memory that will last us all a lifetime.