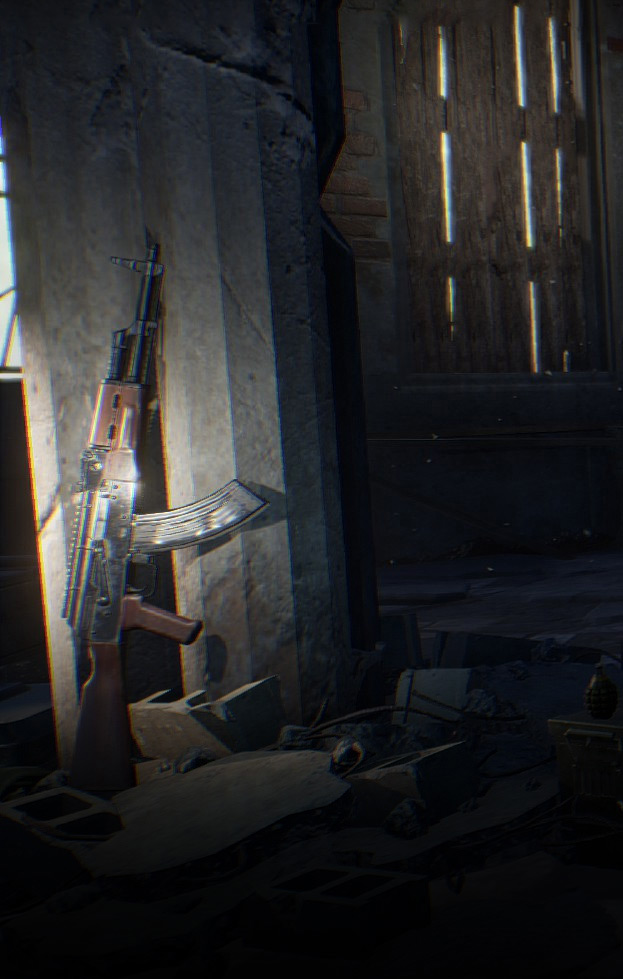 We are thrilled to announce that Team Liquid will now be a part of PLAYERUNKNOWN’S BATTLEGROUNDS’ budding competitive scene. Our 4-man squad includes 4 of the best survivors in the game: Scoom, Molnman, Hayz, and Ollywood.

PLAYERUNKNOWN’S BATTLEGROUNDS is the latest phenomenon to captivate the gaming world, and its growing competitive scene has the potential to become something great. The game offers a refreshing take on shooters with its “battle royale” format, which creates incredible tension as the number of players dwindle. It’s an extremely fun game, and we are enthusiastic about the game’s competitive future.

“While many other teams have sought stream-focused team rosters, we decided to seek the most talented players on the Western servers. Scoom, Molnman, Hayz and Ollywood caught our attention with their insane stats and likeable personalities. We want to support these players so that they can place highly in the competitions to come. PUBG is still in the early stages of its life and the meta and balance are still evolving, and it will be exciting to see how the game evolves.

Bluehole has announced new, esports friendly maps and made a public proclamation of support for the game’s competitive scene, which is encouraging. We believe in the game’s future and its growing community, and we are confident that Scoom, Molnman, Hayz and Ollywood will be trailblazers in this young scene. We are big fans of PUBG and we’re excited to take our first steps together.”

Our PUBG squad will make its debut at the Gamescom 2017 Invitational. It will be the first Invitational LAN in the game’s history, with many of the scene’s biggest personalities in attendance. If you’re a fan of PUBG, or just curious about the game, we hope that you’ll catch the tournament and cheer for our brand new team.

Don’t forget to click on their ‘characters’ to learn more about them!

Role on the Team: Sniper / Flanker

Previous Competitive Experience: I played quite a bit of CS 1.6 and attended a few LAN events and plenty of online tournaments back in the day. Most of my experience that really helps in PUBG comes from thousands of hours on the ARMA 2 mod “DayZero”, which had a very competitive environment and a lot of great players. My most recent game would be Overwatch, in which I was top 500 in S1 and S2 with a few online tournaments and leagues played as well.

Favorite Weapon: SKS with a 2x scope and compensator

Favorite Hiding Place: I don’t hide very often, but I do like the hill southeast of Pochinki

Most Embarrassing Way You've Died So Far: I fell off a cliff and died in the final 1v1 of a game when trying to flank—not my proudest moment! :(

Most Memorable Kill: The winning kill of the Day 1 PUBG finals at DHS17. It was a long struggle that started early in the game because of Scoom and MOLNMAN tried to kill me and my duo-partner Marius/aimPR at the start!

Tactically aggressive: if we want a position on the map we will fight for it.

I would probably die first. Living off of take-away and frozen stuff is not really good for you, you know? Try to eat healthy kids.

I love to play in 1st person, so any improvements on the feel of PUBG in 1st person would make me very happy!

I think it will be huge. There is already a bunch of great players out there. When more teams start to form and more tournaments are being hosted, the competitive scene will be very interesting. The formats and rulesets need some tuning but once we find a good ground for how competitive PUBG should be, it will be good!

What makes this team special?

We share a similar mindset and way of thinking about the game which makes us work very well together. All of us are capable of clutching games on our own as well—never count us out!

Role on the Team: Sniper

Most Embarrassing Way You've Died So Far: I was close to Gerogopol-Containers running for my life chased by a guy with a gun so Im screaming for help. Looking back and I see a car with my teammate’s logo over it so I stop to get picked up. I get run over and shotgunned to death… My teammate was in Rozhok so the logo of my teammates name was perfectly lined with the opponent’s car…

I don’t know really. Every game that includes guns I seem to have an easy time learning.

Role on the Team: Support

Most Embarrassing Way You've Died So Far: Accidently pressed ‘F’ when trying to reload in a car with another squad car behind me. Road kill.

Most Memorable Kill: Playing duos and my teammate died. I went full rambo with an M249, killing 2 teams in about 30 seconds. I also won the game.

I’m very aware of my surroundings. Taking mental notes of where players are, who they are, what guns they have and using my map knowledge to out-position them. I also shoot pretty damn well when under pressure.

We’re very aggressive when it comes to taking a position in the circle. We like to hold down a key point in a circle and dominate that area with full vision. Being in a house restricts your vision way too much for our liking.

I don’t think I would die first, but I certainly wouldn’t be the last. My guess is, whoever has any training in survival and combat will put the team on his back and carry us to victory!

Honestly, everything I would like to see implemented in the game, is already going to be added at some point in time. There’s not much else I can think of that they’re not already adding. I’m extremely excited to say the least.

PUBG is great to watch on a casual level. I’m just hoping we can come up with a ruleset that will make the game thrilling to watch on a competitive level too. Once a ruleset is in place, the game will run a whole lot better for players and spectators alike.

How would you describe the chemistry of the team?

We’re a fairly new team but it’s honestly surprised me how well we’ve meshed together as a cohesive unit and I’m very excited to get to know them a lot more in the future!

How do you feel about joining Team Liquid?

I'm extremely excited to be given the opportunity to be a part of Team Liquid's first ever PUBG team. Competing at the highest level is something I've strived to do all through my career and I look forward to embarking on another journey with Team Liquid in this new and ever-growing scene.

Role on the Team: All Rounder / In-Game Leader

Other Favorite Esports Games: I’m a big fan of almost every esport, but for sure it’s mainly CS:GO.

Favorite Hiding Place: All the shacks ;)

Most Embarrassing Way You've Died So Far: Dying first when having a pistol vs a guy just punching me. (Think this was my only early death in solo ever too)

Most Memorable Kill: Driving a car down the bunkers and running someone over.

Situational awareness: assessing what the most optimal play would be at any stage of the game.

I have a controlled aggression; I always want to go for kills but when playing to win I learn how to control this and take the best decision in real time. Our team’s playstyle is more or less the same. We all want to go for kills, so we try to put ourselves in the best possible situation to get into fights but ultimately to win.

Haha, I think none us have any real life survival skills. I would say Hayz would go down first, I see Molnman camping a bathroom with a shotgun baiting us out first so him probably last xD

The team behind PUBG is constantly improving the game and making changes, so there isn’t really anything out there right now that I think they should change that they are not doing.

I think Battle Royale-style games have a big place in the future of esports. Even though it might not be the most competitive or mechanically skilled out there, it definitely has the most intense entertainment factor. I hope it continues to grow because it’s a game genre that I have completely fallen in love with.

How did the team meet or come about?

I met Molnman back in ARK: SOTF (another battle royale-style game) around 2 years ago. We both competed on different teams—as the two best teams out there we were rivals since day 1. But we also became great friends, and since then we had been playing nearly all the time and then got into PUBG together.

We both got to meet Ollywood at DreamHack Summer 2017 in the PUBG Duos LAN tournament. We were both really impressed with how Ollywood performed and started to play with him right after the event.

I met Hayz about a year ago when I was playing ARMA 3: Battle Royale. Hayz was one of the top players in that game who I looked up to when I was learning the game. Fast forward to PUBG and he was an obvious addition to our team with his experience and skill in Battle Royale games, and he rounds out our team up as the 4th player.