How to watch The International

August 01 2017
The International is once again upon us, and Team Liquid has been one of the hottest teams over the past few months, with titles at StarLadder i-League Season 3, Epicenter Moscow and DreamLeague Season 7. Our squad has shown incredible versatility and poise during that span, and we have an enviable unbeaten record in grand finals this year. The biggest prize pool in all of esports is going to be divided over the next two weeks, and it will draw attention from hardcore fans and new fans alike.

We know that not all of Liquid's fans is a follower of the Dota 2 scene, so we're here to help. If The International 2017 is your first time watching Dota, here's a handy guide for you to understand and follow the tournament.

The easiest way to follow The International is by keeping a tab open throughout the tournament for our TI Liquipedia page. With up to date scores and results, you'll be able to keep track of the big picture as the games go down. You can also check LiquidDota.com for streams and schedules.

If you'd like to talk about the games, head on over to our Discord server! If you're a new fan that has a bunch of questions, we'll try our best to guide you through the tournament. Hopefully, you'll be cheering for Liquid to win it all!

The International: About the Tournament

The International is the biggest tournament in the Dota 2 scene, and thus receives quite a lot of attention. The tournament itself is known for having the biggest single prize pool in all of esports, which currently stands at just over $23,000,000. That's a lot of zeroes! The winners of The International will take home roughly $10,000,000, making them instant millionaires.

Out of the 18 attending teams, 6 teams were invited based on their results. The invited teams are OG, Virtus.pro, Evil Geniuses, Invictus Gaming, Newbee, and of course, Team Liquid. All these teams have had excellent 2017 seasons and were seeded directly into the tournament.

The other 12 teams were selected through qualifiers:

* The TI Curse: The International Winners Curse is well documented, but this is the first time that the defending champion will not be at the event in any capacity, as Wings Gaming, the 2016 champion, disbanded this year. The other finalist, the current Planet Odd (formerly Digital Chaos) failed to qualify for the tournament, as well.

The 18 teams are divided into 2 groups of 9. Each team will face every other team in the group in Best of 2s. This means that there is a potential for 1-1 ties. The group's ranking will therefore be determined by points: 2 points for 2-0, 1 point for 1-1, and 0 points for 0-2. The teams will be ranked based on the points they have earned during their games. 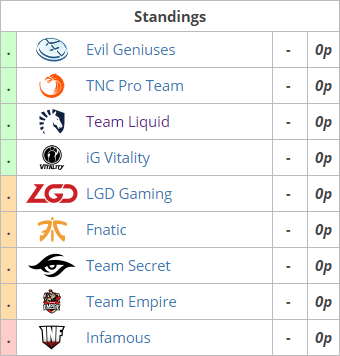 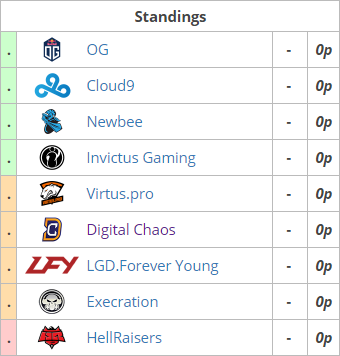 The playoffs or bracket stage will be a double elimination bracket. That means that Winners Bracket teams must lose twice in order to be eliminated, while Losers Bracket teams must lose only once to be out of the tournament. This means that the Top 4 teams of each group have a significant advantage, since they will have an extra life during the tournament. 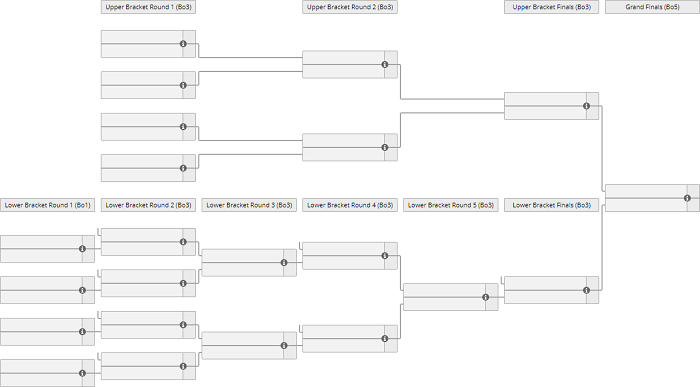 
The Basics of the MOBA Genre

MOBA stands for "Multi-player online battle arena". In one form or another, you've probably played a MOBA, and the concept of the game should seem familiar. Dota, League of Legends, Heroes of the Storm, and other games such as Smite and Heroes of Newerth are all considered MOBAs. There are even a few MOBAs on mobile, like Vainglory and Mobile Legends.

The game is played like a strategy RPG, where you control a single character, gain experience and gold, and defeat waves of enemies while progressing towards an end-goal. Experience grants you new or stronger abilities, while gold is spent on equipment or support items. The more experience and gold you gain, the better positioned you are to defeat your opponents. There are also objectives on the map, including towers on the field of battle, and barracks inside the opponent's base.

The end goal and winning condition is to destroy the "Ancient" and everything that stands in the way, be it structures or enemy heroes. Team work is essential in order to achieve this goal, and each player on your team has roles to fulfill.

Each of our players fills a defined role within the team, though we do occasionally swap positions to surprise our opponents.

Miracle is our mid-laner, and he sets the tone for our team. The mid laner acts as one of the primary damage dealers on our team, and his success has a big influence on how our team fares. Miracle is most famous for his Invoker, though he also has a mean Terrorblade or Anti-Mage and other high impact heroes.

As our primary carry, Matumba is in charge of dishing out damage to heroes and buildings. Matumba's favorite carries are often good at siegeing buildings and claiming objectives, such as Lycan which he is considered the best in the world at. Occasionally, Matumba will play mid depending on the matchup.

MC plays in the off-lane position, which means that he often has to duel against the opponent carry and their supports. MC is adept at heroes that initiate combat and have excellent crowd control skills. MC can also play tanks or heavy damage dealers, depending on our draft. As one of the more flexible positions, expect to see a lot of different heroes from MC.

As the position 4 support, GH is the "greedier" of our two support players. His job is to roam and give space for our carries to farm, but GH can also sit in his lane or kill neutral camps to gain some gold. His money is mostly spend on support items, though there have been times that he has turned his character into a semi-carry in very, very long and drawn out games.

Our dear leader is our hard support player, the guy that buys the wards that give us vision and sacrifices his life to save our carries. Kuro does the dirty work like scout the map and relay information to our other players. Kuro makes sure that our carries have a good time during the laning phase and protects our carries from ganks.

Radiant: The 'green' colored team that occupies the lower left corner of the map.
Dire: The 'red' team that occupies the upper right corner of the map.
Jungle: The jungle area found in each side of the map.
Neutral creep or neutral camps: Non-player units that can be killed for experience and gold.
Creep (Melee and Ranged): Waves of units that spawn every 30 seconds. Creep give experience and gold.
Runes: Power-ups that spawn along the river (middle of the map) every 2 minutes. There are double damage (base damage is doubled), arcane (lowers mana cost of skills), regen (fully heals), and invisibility (grants invisibility) runes.
Bounty rune: 2 runes that spawn in each jungle every 2 minutes, providing experience and gold.
Courier: The little cute creature that ferries items from the base to the hero.
The Ancient: The win-condition that must be destroyed.
Tower: Objectives that defend lanes by shooting projectiles.
Rax or Barracks (Melee and Ranged): Structures that, once destroyed, give the destroying team stronger creep.

Gank: An ambush attack by heroes in order to kill a hero in another lane.
Team Fight: A big fight involving most, if not all, heroes on both sides.
Roshan: The biggest, baddest neutral unit that the two sides will try to defeat, because it drops the Aegis of the Immortal.
Aegis: An item gained from defeating Roshan that revives the wearer once upon death.
Cheese: A bonus item dropped by Roshan during his 2nd death and onward.
TP: Scroll of Town Portal. Teleports a hero to a desired friendly structure.

The first stage of watching Dota is the pick/ban stage, where teams ban out heroes from their opponents' preferences and pick their own heroes. There is a lot of strategy and posturing in this stage, and it takes a lot of experience to understand all the hero synergies and combinations. The general strategy is to ban your opponent's best heroes while picking your best. 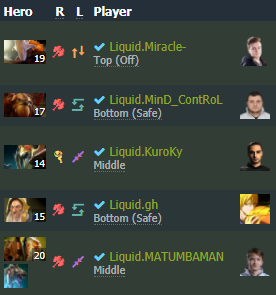 ... but an atypical lane positioning.

Team Liquid is particularly adept at drafting, since many of our heroes can play multiple positions. Our players can also switch roles, with Miracle and Matumbaman swapping safe-lane carry and mid-lane positions at times. We're very flexible in the way we draft, and watching how we do it is one of the most interesting parts of being a Liquid fan in Dota.

This is the first and most straightforward part of the game, where players will typically stay in their lanes and try to get experience and gold. The carry occupies the safelane, the mid player occupies mid, and the off-laner squares up against the opposing carry. 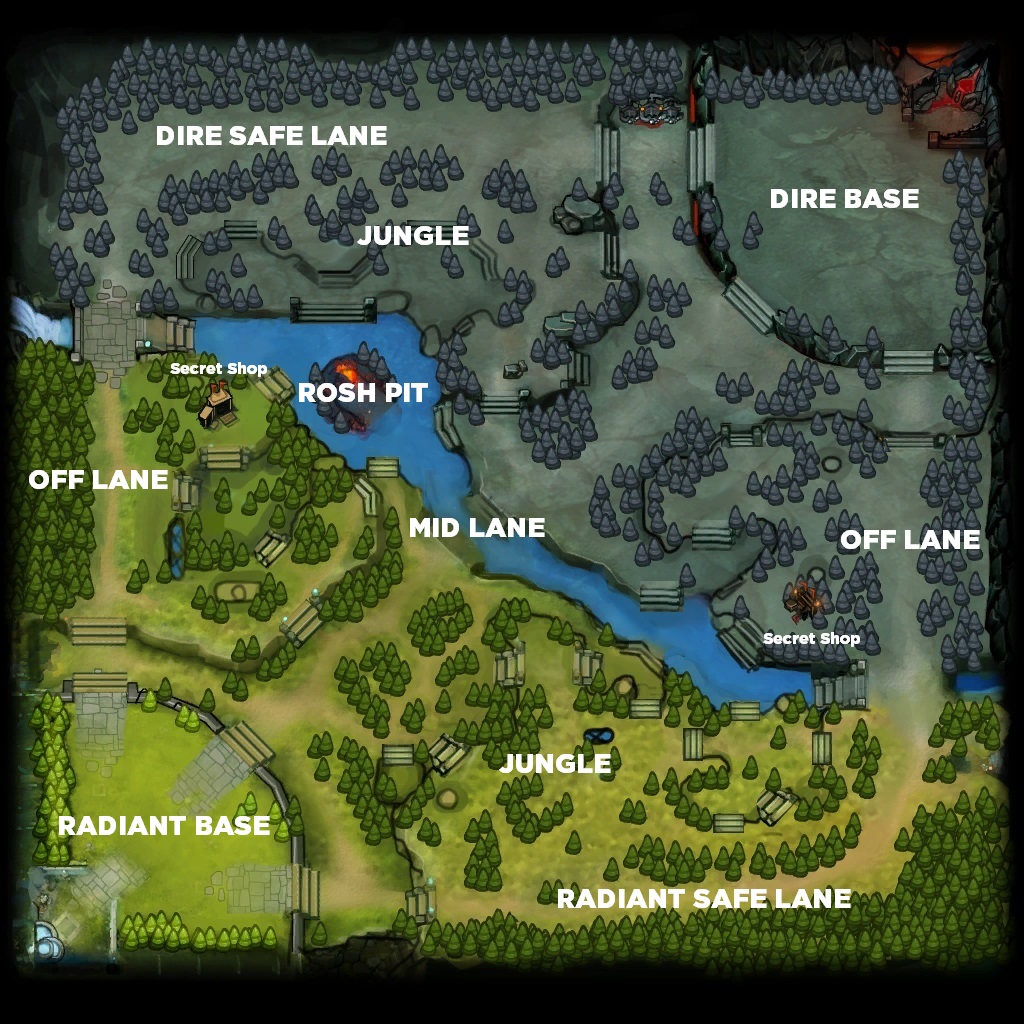 Players will try to maximize their experience and gold during this early game. The carries will usually stay in their lanes and farm, while the supports will try to assist in kills or apply pressure in order to give their carries more advantageous lanes.

During the mid-game, most teams will try to go for objectives, whether it is taking down towers, getting the first Roshan kill, or initiating team fights. The mid game is all about dictating the pace of the game and trying to apply your game plan.

Our team is well known for either ending things early or surviving until the late game. We are equally as adept at short games as we are at ultra late game scenarios. Some of our signature wins have ended even before the 20 minute mark! We've also come back from incredible deficits, even snatching the unlikeliest of wins.

Here is a fun example of a fast game:

And a great example of a late game comeback:

In order to end the game, teams must destroy the Ancient, or force the other team to concede. The team that has the advantage in experience and gold often wins, but it is still possible to make a come back with a successful team fight. There is a significant defender's advantage in Dota 2, because of the high ground mechanic. Attacks from the low ground have a chance to miss, and the lack of vision to attack is also a hurdle. Some heroes, such as Matumba's Lone Druid, are exceptional at attacking the high ground because of his pet Bear.

Finding the best way to siege high ground and end the game is crucial. Sometimes, teams systematically destroy objectives one by one. Sometimes, a very successful team fight can result in a quick and straight forward push to victory. And in very rare occasions, we get base trades that go down to the wire!

Please log in with your teamliquid.net account to post a comment.
Smash   Liquid Legends: The Counterpick Unlike the two spacies (Fox and Falco), Melee’s mainstay floaties were not created equal. Puff is solidly better than Peach in a lot of respects and wins the matchup pretty handily.
CS:GO   From 16-1 to 6-16: Love and Heartbreak in CS:GO In Counter Strike, if a team loses a map with less than 6 round wins, it’s a beatdown. It’s such a beatdown that we normally see it in an outclass scenario—a tier 1 team against some upstart. When it happens between two tier 1 teams, it’s often not an outclass and more a perfect storm.
League of Legends   Leading from the Isolated Lane In the average TL game, Alphari leads his lane opponent by 493 gold and 12.5 CS by 10 minutes. If you don’t know the numbers of League, this may not seem like much.
Street Fighter 4   FGC: This is Good Bye for Now... With a heavy heart, it’s time to announce that Team Liquid will be exiting the fighting game community. This means Team Liquid will no longer be competing in Street Fighter V or Tekken 7.