We are pleased to announce that we will be sending a team to represent the Liquid organization at QuakeCon 2017. The long standing event, considered by many to be the "woodstock of gaming", started in 1996 and brings together gamers from all over the world for 1 weekend of LAN excitement.

For us though, what matters most is the annual Quake Tournament that takes places, an event that jump started the careers of many FPS greats. There's a lot of history here, and we're proud to re-unite QuakeCon with some of Quake's most notable legends. 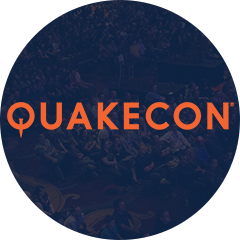 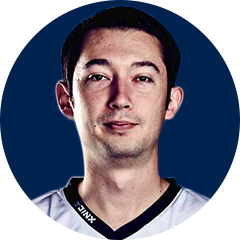 Team Liquid will field a roster of former Quake legends to compete in the first ever Quake Champions LIVE tournament:

A special thanks to Rogue, who have allowed winz to play with us for this joint venture towards Quake Supremacy!

"I've been able to see winz play and had the chance to compete against him for years now. And to see what he's done across multiple FPS titles: UT,Quake4, Quakelive,and Overwatch; I'm really excited to finally be able to team with him for Quake Champions to see if we can carry our successes over to this new game. Have a lot of respect for his gameplay and he's a smart player. Should be a fun 2 months leading up to Quakecon :D."

"Finally, an opportunity outside the payload duty. I'm thankful rapha, id_, and DaHanG didn't forget I used to be something other than a Lucio and value my fragging ability. We're all former QuakeCon champions and we will be top contenders again this year"

"I am really excited to team with winz for the Sacrifice tournament at QuakeCon! His aim and all-around fragging ability has been thoroughly demonstrated as a prior Quake champion and as just another Lucio."

- DaHanG
Rapha returns to his roots

From now on, Shane "rapha" Hendrixson has decided he will be stepping down from Overwatch and moving to Quake Champions full time:

"I gave this a lot of thought and it's something I lost sleep over but when it comes to making big decisions that tends to happen and the outcome I came to did not come lightly. About a week before my gig at E3 and the whole Contenders groupstage that was going to be going underway I came to the decision that it would be in my best interest to step down from the team and pursue Quake Champions for the foreseeable future. But I didn't feel like it would be right to leave the team hanging and drop out right as Contenders Season 0 was about to take place. So I told Internethulk that I'd stay until Season 0 was over and do everything I could to help the team qualify and get into Season 1. And hopefully that would give them the time to find a suitable replacement at shotcaller and support going forward for Season 1.

I'm extremely proud of my team and what they were able to accomplish and come together and improve and start playing more like a team. Especially with the addition with Fury even though there were at times a definite language barrier. And I could tell it was difficult for him but it was good to see him keep pushing himself and not get down because he made some mistakes solely do to communication. Kid has a lot off talent just like shadder and I think Liquid is going in the right direction with them at the helm. I am really gonna miss the team atmosphere and all because they're a really good group of guys.

In no sense have I come to hate or not like playing Overwatch at all. I hope that some day down the road assuming OWL gains some ground and has success that even though at that point it's not extremely likely to come back as a player, but something along the lines of a coach or possibly even get into casting. That's something I could see myself doing because I do like the game and hope I can do something with it again someday. For now though to put it bluntly I just enjoy playing Quake Champions more and feel I have more of an impact on what I can do in the game. That's pretty obvious in regards to Duel since it's 1v1 but also the Sacrifice mode as well. And given with my history in Quake and what I've done I just want to jump at the chance to try and continue that legacy and see where it goes.

I want to thank Liquid and the team for giving me the opportunity to join last year and it's been a lot of fun but also helped me learn and grow a lot in and outside of the game."

QuakeCon 2017 will take place August 24th - 27th, and be held at the Gaylord Texan Resort and Convention Center in Dallas for the first time. Cheer us on as we compete at the Quake Champion's inaugural tournament!