A new era is about to begin
Liquid
Civilization
LiQuiD112
MrGameTheory

Today Team Liquid is proud to announce the creation of our Civilization Team and an initiative to launch Civilization VI into the world of competitive esports. We are also excited to introduce our newest addition to the Liquid family, legendary strategy gamer Stephen "MrGameTheory" Takowsky who will serve as the team's captain.

The foundations of Team Liquid are built on strategy games. My Team Liquid co-CEO, Victor "Nazgul" Goossens, began his competitive career with StarCraft, and he transformed Team Liquid into the most popular StarCraft website on the internet. While Victor was shaping the competitive StarCraft scene, and before I began competing in League of Legends, I was polishing my competitive bearings with the Civilization franchise. It was through competing in Civilization IV at the highest level that I found the confidence to jump into the world of esports and leave behind my job in the world of finance.

The strategic depth required in Civilization is beyond compare. Many feel the game is simply too complicated to break into esports. However, as the gaming community evolves, we are witnessing the rise of elite gamers yearning to display the true level of their skill. Civilization provides the perfect platform for players to showcase their gaming intellect and we feel that Firaxis is on the cusp of bringing the franchise to a competitive esports level. It is inevitable that Civilization will take its place alongside the top esports in the world. 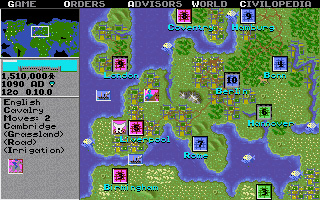 Civilization holds a very special place in my heart, and I still feel nostalgic about those times I used to enter "C:\games\civ\civ.exe". I spent countless hours spamming settlers and phalanxes back in 1991. It was in Civilization IV where I hit my peak, and that's when I decided to create my own team, dominating the multiplayer scene in weekend CCC events—decathlon-like Civilization events with 10+ person teams playing in various formats (ironman, anc ss, medi, occ, etc)

When Civ V came out I was too focused on building the foundation of what would become Team Liquid to participate as actively in the multiplayer community. However, with the release of Civ VI and after spending hours watching twitch streams, looking at the various game modes, mod features, and the hints to the resources, and noticing the new focus on FFA multiplayer, I'm once again excited. What really thrills me is the real evidence that Civilization VI is going to be competitive and will be here to stay, even with any dramatic changes to the teaming structure that MPers have grown used to playing with.

We'll be launching a tournament soon, and the revitalization of the Civplayers and Civfanatic communities will be a great start to what will become of the scene. 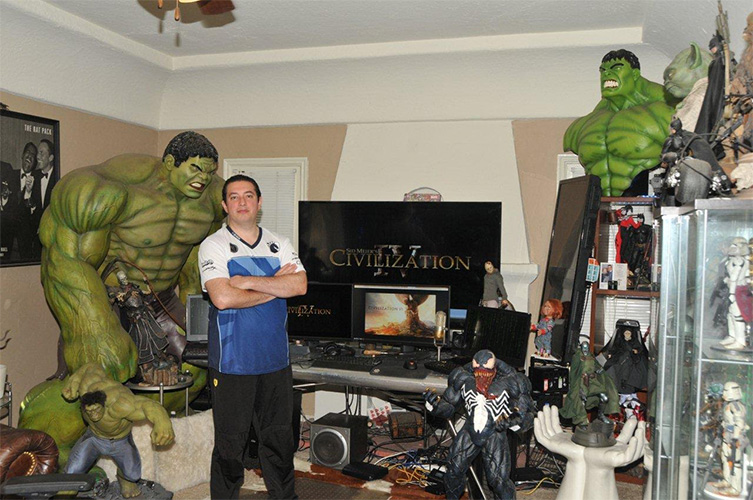 "It is an honor to be chosen to lead Team Liquid's Civilization team. Participating in the competitive Civilization community with Steve Arhancet has been one of the great joys of my life. After we won our first Civilization Championship Cup back in 2007, with a team so small that we could barely participate in two-thirds of the events, I learned that a dedicated group of friends can accomplish the seemingly impossible. Civilization remains the most complicated game in the world, and I am thankful to be part of an organization capable of taking on the challenge. I look forward to continue my contribution to one of the greatest gaming franchises and I wish our opponents the best of luck."

An Introduction to Competitive Civ

Civilization is one of the most successful game franchises in history, and there's a good chance that you've come across one of the games at least once in your life. Like many highly competitive titles, there is far greater depth to Civilization than first meets the eye, and it takes a lot of dedication in order to uncover its complexities—and in this case, its beauty. While there is no more effective way in understanding the game than playing it and taking the plunge, it's also important to understand some of the basics of competitive Civilization in order to guide you during your first conquest.

The Key to Success is Efficiency

More than any other game, Civilization's turn-based format demands efficiency at all levels. Unlike games that cap players based on their mechanics, Civilization taxes a person's decision making and ability to thrive under pressure. "Competitive players are those who took their Civilization passion to the next level. They are those willing to maximize the efficiency of every turn," says MrGameTheory.

Part of improving at Civilization is understanding the basics and the rules of the game. However, that isn't enough for a competitive Civilization player. These are just some of the things that a successful player should know from memory:

Aside from Food, Production, Science, Faith, Culture and Gold, there is one more resource that new players often forget to consider: the Turn. It is arguably the most limited of all resources and each player has an equal number. A turn lost can never be regained. Efficiency, therefore, is the defining trait of a successful competitive Civilization player.

In order to master the game, you must be willing to learn. Efficiency isn't gained simply by rote memorization, because every game of Civilization will be different from the last. "The beauty of civilization is that you can't always pursue the same strategy because you don't know which resources you will have throughout the game," advises MGT. It's difficult to drop into a game with a plan in mind, because so much can change from one spawn to the next. A vast playbook is helpful, but a willingness to learn and adapt are crucial.

One common example is the roulette of resources. According to MGT, "You must take advantage of your opponent's' weaknesses—especially the resources they lack—while pursuing a strategy optimal to your own starting terrain." The reality of Civilization is that no one is given an even playing field, and that is part of its charm. An opponent's terrain, strategy, and technological and civic choices are just some of the elements that you need to determine and adjust to.

Studying your opponent—the person and not the civilization—also reaps its rewards through diplomacy. MGT reveals that the best Civilization players "are willing to write pages worth of negotiation in private chat in an effort get complex trade agreements approved by the very people they are looking to conquer."

Of course, in order to adapt and choose the most efficient strategies possible, you have to pay close attention to everything going on in the game. "Top competitive players will be able to determine player skill-level based on the actions of their opponents," MGT explains. Their starting Civilization, their choices in utilizing their own land, their civic and government choices, their military movements and decisions, and their city layouts, are just some of the opponent details a player must discover and interpret. "This can mean the difference between pursuing an aggressive or defensive strategy," adds MGT.

Even something as seemingly inconsequential as player score—something that most single player fans only check once the game ends—can expose interesting information. As disclosed by the master, "Generally, if a player score jumps in the middle of a turn, it means they planted a city. If a player plants a city too soon, it may mean that they pursued expansion instead of defense. And that can lead to strategic opportunities."

Witnessing how players utilize their land and maximize its efficiency to pursue a given strategy is like watching history unfold in minutes.

Without a doubt, it helps to learn from the best. "There is simply so much information that I would recommend watching competitive players in action to see the most popular strategies available," suggests MGT. In particular, he enjoys watching teams play, "because it is exciting to see how players work together to take advantage of more complex strategies."

The best place to learn, then, is on MrGameTheory's very own stream. Catch the consummate scholar of strategy as he breaks down the game and explores its finer beauty.

On October 29th, Team Liquid will announce two additions to the Civilization VI roster. Our choices will consist of players who have consistently demonstrated an impressive understanding of the strategic elements required to dominate in this game. On November 19th, Team Liquid will begin hosting a series of grueling tournaments in an attempt to find the most exceptional players in the community. Please stay tuned for additional details on this epic Civilization challenge. 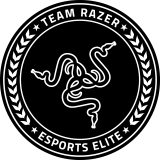