We weren't favored to beat SK Gaming but us Team Liquid fans believed there was a chance. That's actually a good way to describe being a fan of this team. Rarely are the Liquid boys a favorite, but they can never be ruled out.

We may have fallen in the finals against the best team in the world, but the team proved much on their way there. And looking back it was quite the run to the finals. It was very much a run which embodied the "can't be ruled out" aspect of this team.

Starting in the group stages, some analysts didn't even predict we'd make it out. When we started down 0-5 against Team EnvyUs, it looked like they may be right. Then things started to turn around. By winning nine of the next ten rounds it looked like Liquid may be on to something. We went on to take the map 16-7 but still there were doubts. EnvyUs has been slumping and destroyed their economy through numerous failed force-buys. Surely this was more Envy losing than Liquid winning.

GGs @TeamEnVyUs one more match to make it to the big stage, a dream. ❤️

The match against Virtus.Pro highlighted more doubts. With some poor anti-ecos and sloppy buys, it looked again that maybe map one was a fluke. This then set up the deciding match against mousesports. This series was a strange one because Liquid actually were favored barring NiKo going insane. This series went our way and Legend Status was maintained.

Legends again WHOOO won 2-0 vs @mousesports. Thanks everyone who believed in our team and new fans as well! See you guys tomorrow at arena

The quarter finals saw us paired against NaVi. The back-to-back Major finalists an top four team was no easy pairing. This was another match where you couldn't be blamed for thinking "maybe, but probably not."

Instead, another Liquid upset gave fans another reason to believe.

Next up was Fnatic. This was the team we famously beat at the previous Major; that match has had an asterisk placed next to it since then. After that game, we learned that Olof was playing injured and he then proceeded to take an extended break post-Major.

Fnatic was now back at full strength and had just crushed Gambit in the quarters. Maybe Liquid had a chance here after beating NaVi, but come on, it's Fnatic.

Two maps and a descent from Heaven later, Liquid were off to the finals. 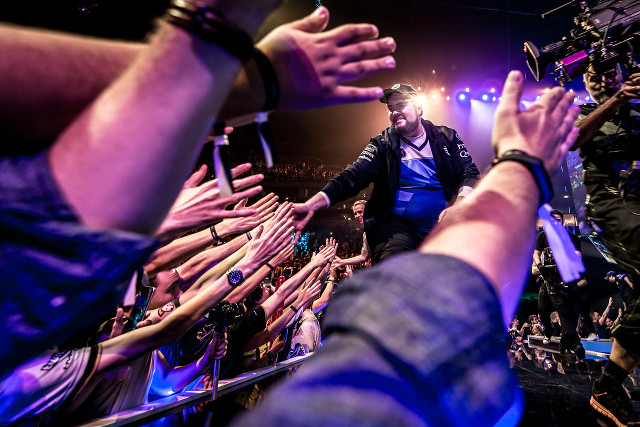 Team Liquid were in the grand finals of a Major. Once again we were the underdogs. Once again thoughts of "but what if" persisted. Ultimately the clock struck midnight and our run had ended. SK Gaming convinced the world why they are the best team in the world; Liquid lost in two. Looking back at this Major, it truly was an incredible run. We were able to upset multiple top teams and did so through the hard work from players and management alike.

Been on this team for 3-4 weeks now and we achieved making a grand final of a major. As much as I hate losing, I'm proud of our team. #TLGO

Writer // Hayl
Graphics // Shiroiusagi
Photo Credit: // thehexhaven
Editor: // amazingxkcd
Please log in with your teamliquid.net account to post a comment.
The Liquid Review - February 2023 The new year sees resolutions, promises, and competition. Catch up with all of Liquid's teams and what they got up to at the start of the year with this Team Liquid Review! Get up to speed with everything from Hbox's insane doubles run to the League team's rough (but memey) start to the stunning run that the Dota 2 team is on. It's not just a recap either, you'll also get a sense of what's to come - like the massive kickoff Valorant tournament, IEM Katowice, and the biggest event in Rainbow Six. All that and more (+memes) in this Liquid Review.
Dota 2   Matumbaman - A legacy in numbers When it comes to Liquid Dota, no player quite defines the team like MATUMBAMAN. Matu made Liquid his home and helped Liquid to lift the aegis, as well as contend for it on two very different rosters. As a player, he is truly a legend, a standout, and a favorite in the Liquid world. In order to honor that legacy, we worked in tandem with our partners over at SAP and created a retrospective in numbers, using their top-of-the-line analytical tools.
League of Legends   Yeon: No Pressure for the Rookie 2023 saw a complete change in approach for Team Liquid League of Legends program. For fans, players, and leadership, it felt like a necessary one. Two straight years of falling short with super teams culminated in the team missing the World Championship for the first time since 2017.
League of Legends   CoreJJ’s wake-up call to the LCS The way CoreJJ sees it, if the LCS want to rival the LCK and LPL then it needs to wake-up and put in the work. He's worked with Team Liquid to put together a roster that will out-work and out-perform the rest of the league so sharply that it will wake them up to their weaknesses. "Work-life balance is a mirage," says the world champion. And now it's time to come back to reality.