As I said to Richard, winning has always been the goal. The funny part about this specific clip is that it was recorded at ELeague. Turns out we didn't do so well in ELeague. We've made some changes since then, but the story of how we got to ELeague goes back a bit further.

Shortly after I joined Liquid it was clear that some changes needed to be made. I've spoken about this in the past; FugLy wasn't working out on the team anymore. We needed somebody with the drive to win and at the time that wasn't Jacob.

We first tried out Aleksi "allu" Jalli but only in an online setting. I am good friends with allu and we had, in the past, spoken about him playing in NA. Despite that, this tryout was based on allu being anxious to play as much as anything else.

Ultimately the tryout didn't go that well and we went our separate ways. It did, however, draw attention to the fact that faith in adreN was beginning to fade.

Before getting into anything else I want to clarify something about our time with s1mple. Even though it was a rocky stretch, there is no way our team would be where it is today—let alone the Major run—if we had never signed him. If we had gone with just another random free-agent our whole path would have been different.

Picking up s1mple all happened pretty fast, actually. I had played with him in the past and invited him to scrim with us when allu didn't work out. After that night he said he'd think about the offer, and by morning he had already accepted. We obviously knew about s1mple's reputation when we signed him. Honestly though, I thought that I would be able to handle him.

By now, everyone has seen that interview from after we qualified for the Major. Most people expected this to be a big turning point for s1mple. And it was a step in the right direction. I think this was s1mple's worst ever tournament on LAN and it really helped prove to him that we could step up and play if needed. The thing is, it didn't last and the days leading up to the Major were dark.

Basically, whatever confidence we'd built up at the qualifier had gone. Forget about the fact that we awkwardly signed koosta in this period. s1mple had just lost all respect for the team, myself included. The result of this was that our practice was very much disrupted. Going into the Major we could only play Cache or Dust—yet even those weren't great. I was calling at the time but for the most part our play was very puggy. Our only saving grace was that we didn't play many events so there was no info on our condition.

After the Major, expectations were very high. Internally though we showed up in Malmö with no motivation. This tournament really highlighted the flipside of s1mple. As much as he can carry rounds, he can also throw them away.

I'm not sure if this has been publicly confirmed but s1mple was actually supposed to be AWPing T-sides. Our plan was to use him as a more aggressive presence and have koosta as a support rifler. On CT-sides it was expected that koosta would AWP. Well, we know how that turned out. S1mple quickly lost faith in koosta and just refused to drop for him. 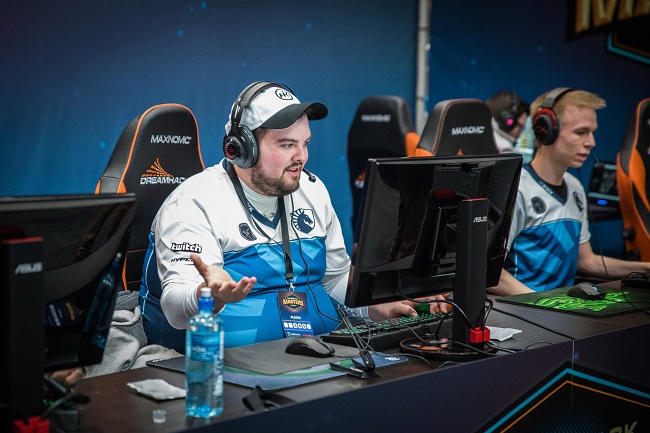 Looking back, we now know that koosta didn't work out either. I think we set expectations which were unfairly high at the time. Of course, the friction with s1mple didn't help in the slightest. On Enemy and with Ryu, koosta had much more support than we were able to give him. He was the star of that team and they played to support him. Ultimately, we did set koosta up to fail and I think part of it is because our scouting was too tinted by what Enemy/Ryu did to help him.

Sorry and thank you all NA fans for support . Wish good luck to my old teammates . For me so hard to live without my lovely parents and gf.

Time for another clarification. We did not cut s1mple as some theories suggest. It really was that he went home and decided there not to return. That said, there was some push-back when he told us, but not a whole lot. We knew that others likely would have left if we kept him on for too long.

I was so sure he'd come back, too. I remember calling my mom after the tournament and I kept repeating "he'll come back". It was only when she said "but what if he doesn't" that it all hit home.

After s1mple left there was a belief that we could be competitive without him, and in the next few months we earned middling success. There was a stretch in the fall where we would beat up on NA teams and then lose to LG. I knew from experience that our lineup lacked firepower. The core was strong but we needed more. It took awhile for the others to come around but they eventually did.

This was when we hit ELeague and the hunger to win kicked in. Over the course of that week, the idea that friendship could carry a team was smashed—but not as hard as were.

Now that we knew something had to change, the ideas started flowing. With Valve's three out of five rule, and our Major slot locked, we knew that the core of myself-nitr0-EligE wouldn't change. Liquid's management helped here as well, because even before this point they had us keep lists of players we'd like to play with. Even the seemingly ridiculous names were allowed on these lists.

We also needed a coach after James left (sorry joka) and Peacemaker came from EligE. They were friends and the timing was great. We all saw what he had done with then-Tempo Storm and we were all impressed. Even though he was with us for our unfortunate ELeague run, we had faith in him.

First off, let me say that I have huge respect for Josh for making the move he did. I see his decision to leave CLG as the same one I made with Cloud9 and I know it isn't easy. There just comes a point when you realize that, no matter how much you like a team, if you aren't on the same page about wanting to win it isn't going to happen.

The deal sprang into motion when jdm initially approached Moses, who then came to me. The trade for koosta itself wasn't exactly an easy one. Some people on the team thought that he deserved more time. But we were qualified for the Major and we were tired of losing.

This was not an easy choice. We knew we wanted to win this Major though, and even with jdm, the lineup wasn't there yet. Signing Pimp when we did actually helped make this transition much easier. Having a set time-limit and a plan moving forward made the pill easier to swallow. 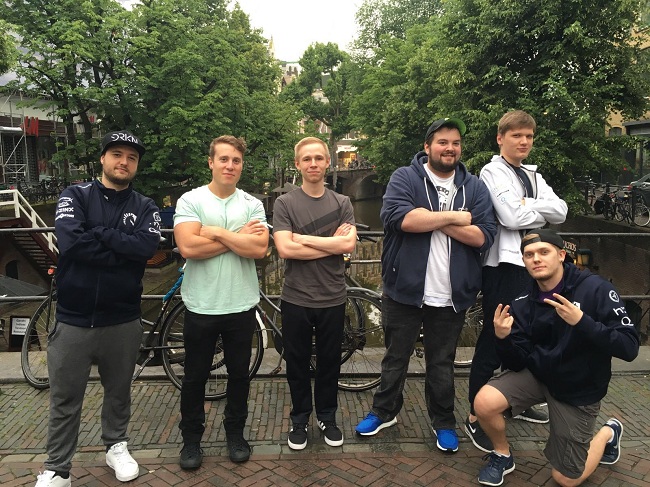 So now we're back in the Netherlands and things are going great. We've been performing well in scrims against top EU teams and we're really meshing well with Peacemaker. Even how the house is set up helps with our practice. S1mple is free to come and go so it's less of a pressure cooker. Most of the heavy lifting on strats is done by our core five (the four players and Peacemaker), so s1mple is able to just come in and play when we're ready for him.

In terms of Pimp's transition, he's not here with us at the bootcamp. He will occasionally call in or watch scrims though. After the Major there is a two week vacation without events so he will take that time and head out to LA.

It's not a great thing to say and it's not an excuse, but ECS was a warmup. The tournament was important, and we obviously were trying to win, but everybody knows that the Major is what counts. The Major is what we are bootcamping for.

And we are coming to this Major to win it.

We now have the tools needed to win. We've been working on strats non-stop. We finally have the firepower to compete with Europe. We are well rounded and I'm no longer worried about the little things which used to plague our team.

NA CS has always been a cop-out. This roster has the most skill of any team I've played on and we're ready to win. We know we can do it. Being the best in NA doesn't matter. We are coming in hot for the Major.


Writer // Spencer “Hiko” Martin
Editor // Ryan Prager
Graphics: // shiroiusagi
Please log in with your teamliquid.net account to post a comment.
Dota 2   My Moment by Taiga That moment was one of many to come.
League of Legends   Tactical: The Rise of a Carry "I want to become a more dominant player."
League of Legends   CoreJJ: Death Of Pride // Birth of Skill "If I lose many games, I'm gonna keep playing till I win. If I win enough games, then I just watch Netflix or YouTube."
League of Legends   Jatt: Beating the Team in Front of You "Your preconceived notions of Worlds doesn't matter. What matters is beating the team in front of you."