The Epicenter Epilogue: An Interview with the Players 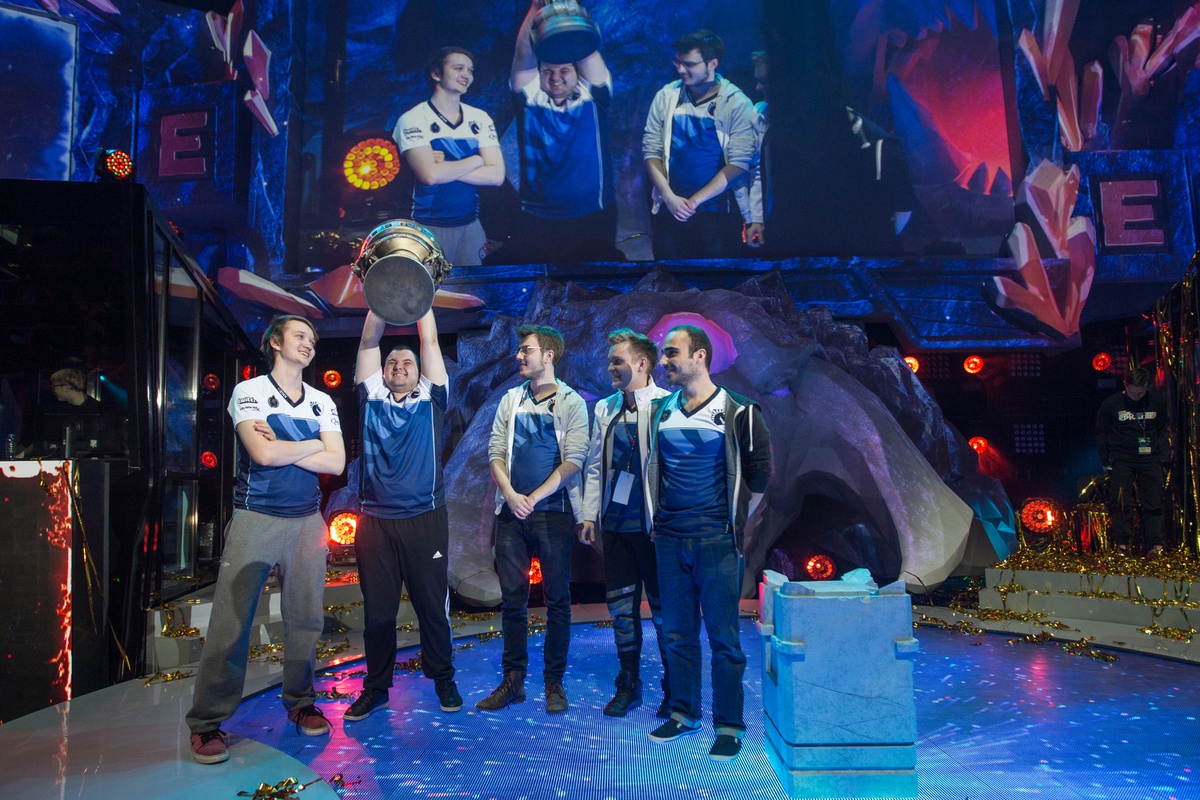 Questions were asked of the team after two successive falls in premier tournament finals. Was it rounding out into a curse for a new age? Was it a mental barrier for a team that had never conquered a stage of this size? Or were their opponents simply better?

After another spotless ascent into a grand finals, the dread of repeated failure loomed large on the squad. Many other teams have crumbled under the weight of expectations, and Liquid would have to seize this opportunity once and for all.

When Newbee climbed into a 2-1 lead, the naysayers knelled for another opened tomb. Yet, there would be no curse. There would be no collapse. When the sirens blared and the stage was set alight, it was Liquid with their arms raised high.

With striking consistency and now a significant title, Liquid has staked their claim as one of the best teams in Dota. The players look back at the tournament and what it took to finally reign triumphant. 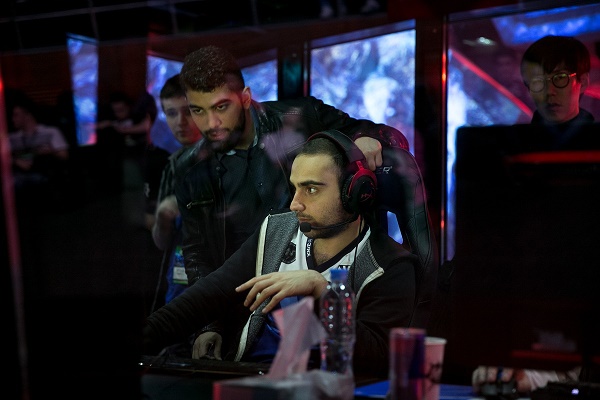 After Game 1 of the finals against Newbee, it appeared as though your opponent had figured out your drafts. What adjustments did you make during the last two games that won you the series and the tournament?

Newbee had a similar hero pool with us in the midlane, so there were some tricks to be used to get an edge over them.

Your AA pick in the last game proved pivotal in winning the tournament. Was that a direct response to the Doom and Alchemist picks? How confident did you feel heading into the game after that draft?

We were pretty confident with our overall draft, nevertheless our focus was on performing well in order to win. AA proves to be effective against heroes such as Alchemist, so he was a natural pick.

Your signature lineups continue to revolve around strong pushers (Lone Druid, Lycan, Beastmaster, NP) even after the most recent patch. Is this purely a stylistic choice based on the team's strengths or do you feel like it's the best way to play Dota right now?

They are strong heroes which we feel comfortable playing, so we try to utilize them accordingly. There are many ways to play Dota 2, but we are comfortable in our current approach.

This is your first tournament win after 2 consecutive silver medals. Do you think that the team is finally over what looked like a big mental barrier?

I have not witnessed any specific mental barrier; it was just an overall experience that was needed to be made. We hope to grow from here and continue to perform well

Last but not the least, why Riki? :p

He just felt right in the moment, so I drafted him. 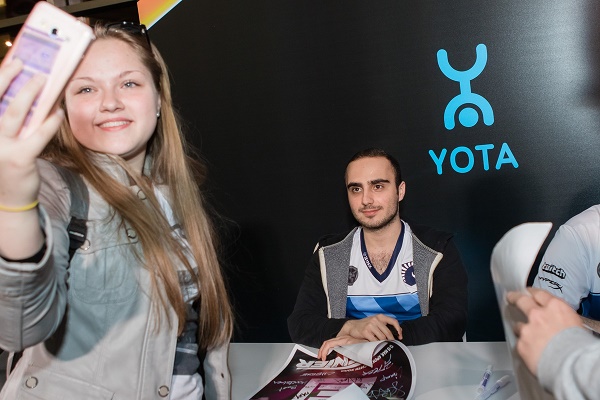 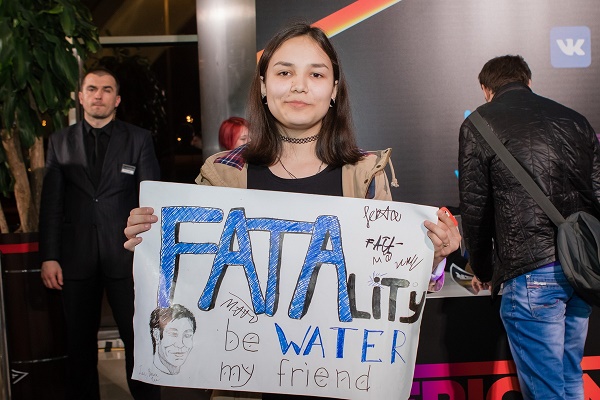 You have one of the most diverse hero pools among mid players. I think you played 9 different mid heroes (Viper, Razer, Puck, DK x4, Alchemist x2, DP x3, Zeus, Bristleback and Puck) this tournament in the 15 games that you played. Do you come into drafts with a mid player in mind, or do you adjust based on your opponents' drafts?

I certainly have preferred heroes that I like to play but I also have no problem adjusting if the team needs me to play a different hero once in a while.

Dragon Knight mid really showed its strength in this tournament. Do you think that will continue to be a trend? Why?

I think the hero's success is due to his great versatility. He is able to adapt to various situations in the game, be it having to push with his ulti in a 5-man heavy lineup, picking off split-pushers with a dagger or shadow blade or just farming towards his solid lategame potential.

When you went down 1-2 in the finals, did it feel like a repeat of Shanghai and Manila was going to happen? How did the team bounce back from those two losses in order to win the tournament?

Of course there was a certain worry at one point. But I felt like we all still had confidence and also felt like we had a strong draft going into the 4th game so we just tried to focus on the game itself.

Everyone knows that curses are real in professional sports. How does it feel to escape the C9 curse? 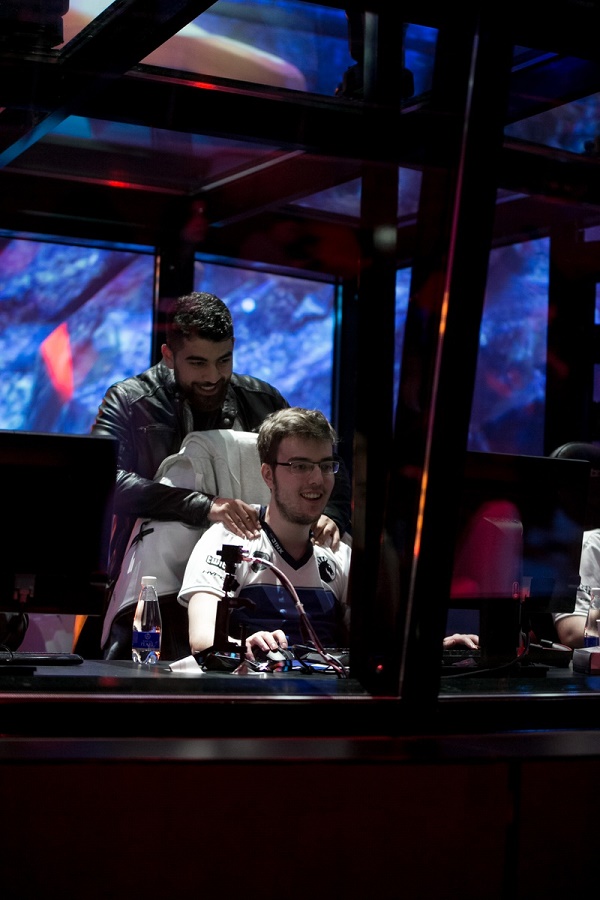 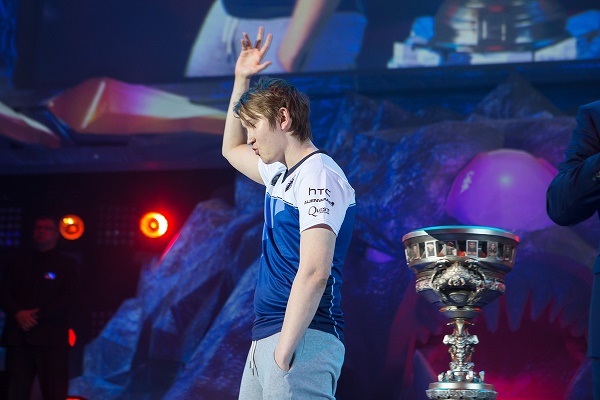 You have been running either Lone Druid or Lycan as your carry in most games. Do you think they are your best heroes, or do you pick them because it aligns with the team's overall strategy? Which hero do you think is better?

I've entered the beastmode and become one with the animals so yes, I walk among the doges. Also these heroes are efficient at farming and killing buildings which we lack on other positions often. I'd pick Lycan over Lone Druid because he comes online quicker.

You switched things around in the last 2 games with Gyrocopter and Slark. Was that a response to your losses in Games 2 and 3?

Ye. When you lose 2 games in a row with a hero, you don't pick it 3rd time, unless it's Earth Spirit. Lone Druid just didn't cut it against the Chinese overlords for some reason.

Over the past few months you've risen to stardom as one of the most popular players out there. What do you think is the reason? Is it because of your play, your team, your personality, or is it because you are basically a walking meme?

Walking maymay? I mean, I got the looks, I got the moves and I got the HORSE. On a serious note, I dislike memes, they are overly used and mostly bad. Just had to let it all out.

You had a lot of good things to say about Russia during the tournament. Do you have any good anecdotes to tell us about your time there?

Not really, I'm professional at work in events. Written stories are not funny.

Kuroky mentioned in a winner's interview that you really like bears. What is your favorite type of bear and why?

Brewdog makes the best beers in the world. You truly enjoy yourself drinking.

[Editor's note: I don't know if he's trolling me] 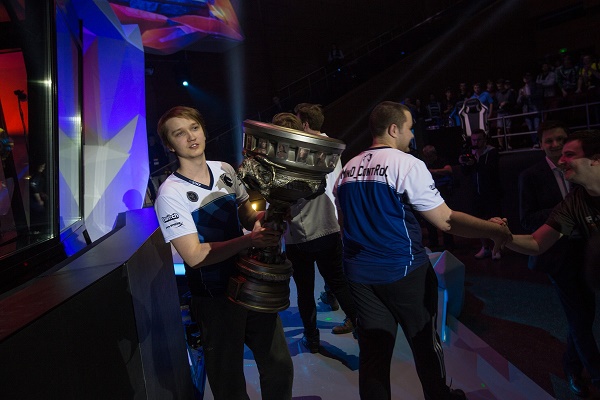 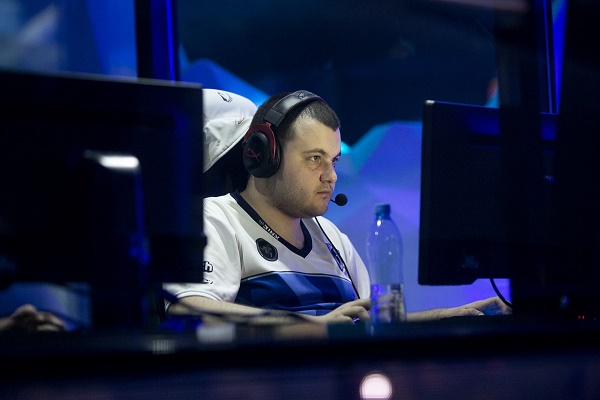 One of the most memorable games of the tournament was Game 2 of the winner's finals against OG (the one with Miracle Tinker), where you played as an offlane Bristleback that eventually turned into your team’s biggest damage dealer. Was that the plan from the beginning or was it an adjustment based on what happened in the game?

We had like 30 seconds left on last pick and we didn’t think about the offlane, so kuro just asked me to play Bristleback and I just played a casual Bristleback.

You're known as the team's offlaner, but you also act as a sort of Swiss army knife, changing your hero's build and function based on need. Who do you think are your more versatile offlane heroes?

I don't have any specific heroes. I just play what is given to me and I make it work.

The offlane position is a very underrated and complex one. Did you used to play all positions before becoming an offlaner full time? Do you think an understanding of the other positions is important for the role of offlaner?

I’ve played all roles in DotA, and I still play them actively in Ranked MM. For me it's important to be versatile.

Jungle Beastmaster has become very popular lately, yet you still prefer to have him offlane. What do you think are the strengths and weaknesses of either option? Which do you think is better?

Jungle Beastmaster can get level 6 by 4:30 if played correctly. That’s the strong part. The weak part is that you are useless for 5 minutes. Offlane BM is strong if the player is strong with the hero. 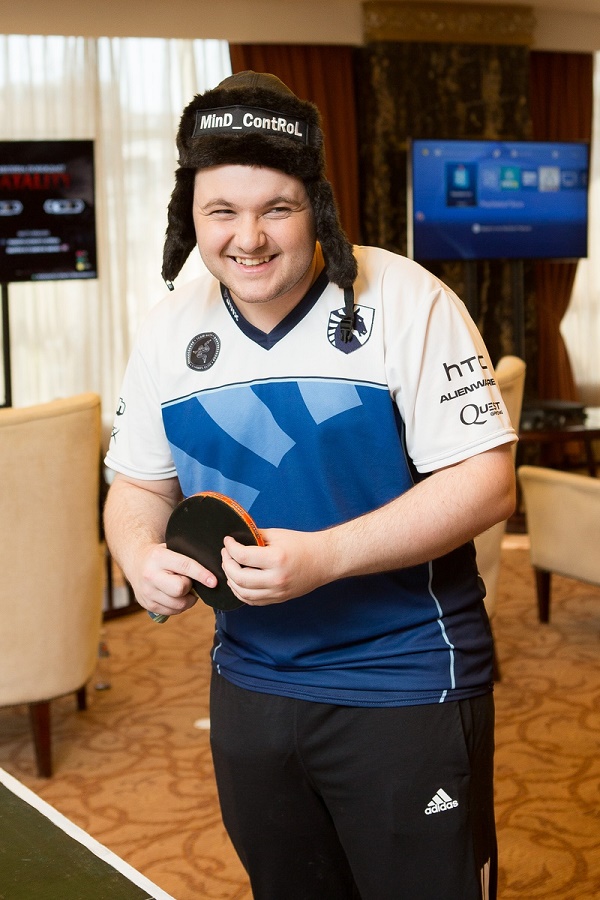 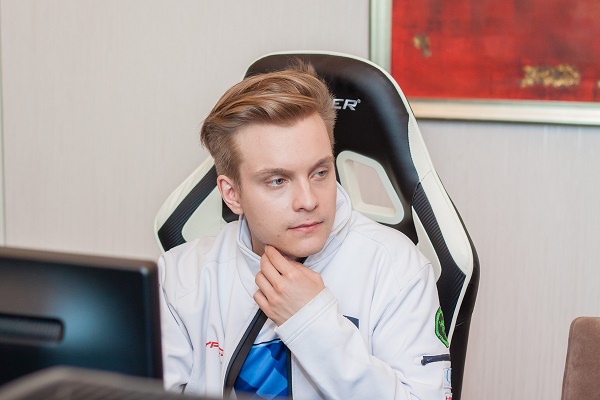 I think it is safe to say that you are the best Earth Spirit player in the world right now, even after all of the nerfs. What do you think makes you such a special ES player, and why do you think you do so well on that hero in particular?

The amount of games I’ve played with him probably plays the biggest role. I feel very natural and I can focus on a lot of things at the same time because of that.

Despite your effectiveness on ES, it seems as though opposing teams are hesitant to ban him. Do you think this is a result of his nerfs? Are they just confident that they can counter you? Or are they just crazy?

Our team has a lot of heroes that people struggle to play against and that we feel very confident playing with. Earth Spirit is an open pick and sets up for a good draft, that’s why he is so powerful.

One of the biggest compliments given to you by the analysts was your exceptional team fight presence. It shows with Earth Spirit, but it also shines with Tusk and especially Rubick. How do you remain so focused and calm during team fights? Do you pay attention to specific things, or is it all instinct?

It’s mostly game-sense which is something that I’m interested in practicing just by myself. Predicting player movement and ability usage, thinking about cooldowns, positioning yourself accordingly etc. A lot of things happen in a team fight and you need to find your role in that one specific fight. My role might be saving my carry with a snowball, another time stealing a black hole.

Even playing as a support, many fans and pundits singled you out as one of the best players of the tournament. Have you always embraced the role of support, or was it something you discovered naturally?

I’ve tried all the roles and I personally think that support role fits me the best. I was very interested first learning from other people how they do it and later on adjust it to my playstyle. It’s been really enjoyable ever since I got the grasp on how important it is to have good supports on your team. That’s why I like to play it even in matchmaking games.

Seriously, haven't you gotten sick of Ebola Spirit yet? 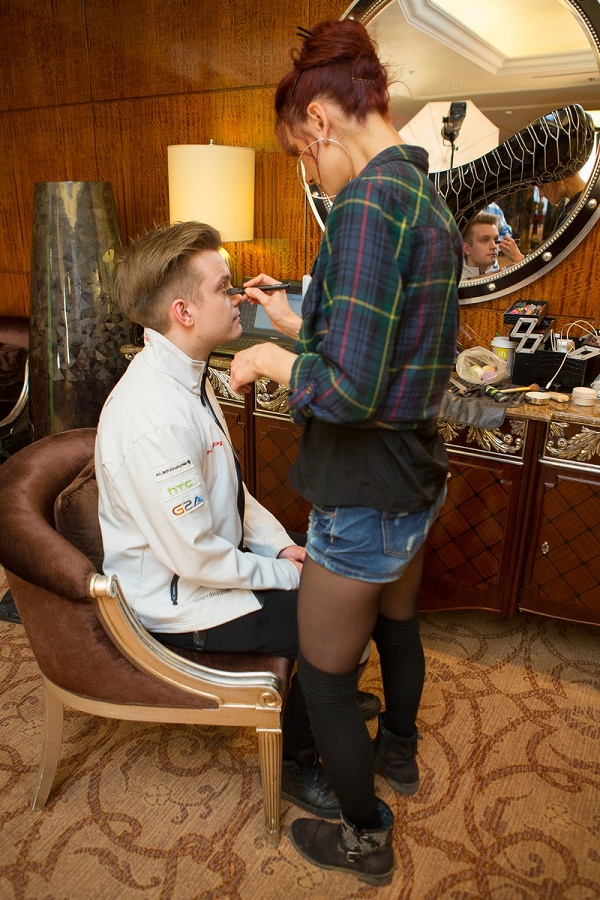 Interviewer // lichter
Photo Credit: // EPICENTER
Please log in with your teamliquid.net account to post a comment.
Team Liquid's Asian & Pacific Islander Food Zine Feeling hungry? Celebrate Asian & Pacific Islander (API) Heritage Month with us and dive into our API Food Zine, a collection of experiences celebrating our love of gaming through our love of API cuisine!
Apex Legends   Reaching the Apex of the Leaderboards with Acie If you told past Acie that she would later join Team Liquid as a content creator, she would have never believed you. But her community believed in her, and they've since then become a great place of support in her ever-growing career.
Dota 2   No Favorites: iNSaNiA Talks the Stockholm Major Aydin "iNSaNiA" Sarkohi has captained the Team Liquid Dota 2 team for nearly three years, since joining the organization in 2019. After a couple of years with mixed results, the Team Liquid roster underwent a change after The International 2021 (TI10), and ever since then, they’ve become a dominant force in Europe. As the team heads to Sweden to try and stake their claim on the ESL One Stockholm Major, we caught up with Insania to talk about the last DPC Season, the upcoming Major, how the new roster is shaping up and what changes he hopes to see in the next big Dota 2 patch.
CS:GO | Smash | Fighters | Valorant   New Heights in Sight: oSee finds consistency in NA As the major approaches, get to know Liquid's star AWPer, oSee! The interview covers his stylistic choices on the AWP, how he managed to rapidly improve in NA, why he stayed in CS instead of going to Valorant, how shox helped him improve, and much more.