Liquid Welcomes PokerStars to the Team

May 18 2016
Liquid has had a long standing relationship with Poker. In fact, one of our original community sites, Liquid Poker, was dedicated to the card game! It’s been a long time coming, but we’re finally ready to solidify that bond. PokerStars is now an official sponsor of Liquid, and some of our players will begin streaming poker between their regular programming.

First, we have Janne "Savjz" Mikkonen. He’s been playing card games for as long as he can remember, and it’s only natural that his expertise extends to Poker—a game he's been playing for ages. Savjz frequently shares his deep understanding of Hearthstone through articles on TeamLiquidPro, and he is bound to have more than a few interesting insights about Poker. Streaming Poker is just the next step in his mission of card game excellency.

Joining him is Jeffrey "SjoW" Brusi, one of the most old school players around. It's not surprising that he's had a hand in Poker for a while now. He’s made a habit of making memorable moments wherever he goes—who will ever forget his upset of Life in SC2 or his Xfinity Hearthstone Invitational title—and he is bound to make a few good ones in Poker. He'll be joining Savjz at a few EPT's this year, so follow the lovable Swede as he tackles Poker as a new sidequest.

Finally, we have Dario "TLO" Wünsch. No one knows risk and reward more than him, after all, he has spent years playing ZvZ. Going hatch first is essentially laying your cards on the table, and his creativity might just translate into unconventional Poker. While he might not call with pocket 3s, we’re bound to see more than a few interesting plays from the bearded wonder.

Make sure to tune in as they huff, puff and bluff their way to success. You might even see a few more of our players stream a little bit with our new sponsor.

Finally, don’t forget to watch out for our players at live events and spot that new badge on our jerseys.


I am proud to announce our new sponsorship with PokerStars. For those who aren't familiar with my background: when I was still running www.teamliquid.net as a hobby, what actually allowed me to commit so much time to my passion was that I was a professional poker player. Being able to dictate my own hours and schedule gave me the flexibility and time to look after what I cared about so much during those years. As a professional poker player my sole focus was always on online cash games, and in particular I played on PokerStars. Their software and support has always been the best in the business, and that is what propelled them to the forefront of the industry. 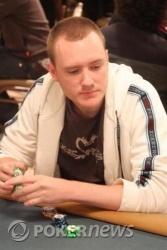 This isn't the first time that we've tried to work with PokerStars, actually. It was back in 2012 when we had our first conversations about working together in esports, but our initial approach came a little too early. However, I'm glad we are finally able to introduce this poker giant to the world of esports through Team Liquid.

I'm confident that my close ties with poker will allow us to provide the right value and conceive engaging projects that will create a lasting and worthwhile relationship for years to come. Not only are we doing a regular sponsorship, some of our players will be playing poker on their streams, learning from some of the best. ElkY, RaSZi, nanonoko (and maybe even Negreanu) will be showing some of our players the ropes, and you can watch and learn along with them. In particular, SjoW and Savjz will put their card game skills to the test as they sign up to play several EPT's this year. We'll make sure to bring you exciting video coverage so that you can follow them as they experience the ups and downs of a professional poker player.