Much has changed in the world of Dota since the last time Team Liquid had an official match. With a new patch to figure out and a direct invite to the next Major, Liquid entered Moscow with high expectations to meet and redemption to earn. Their 6.87 debut would need to show that their consistent performance on a global scale that they showed in 6.86 would carry into the new patch.

From the word go, Liquid proved that they were not fooling around. A pair of 2-1 victories against a hungry compLexity squad and European rivals OG in the group stage secured them top seeding in the upper bracket for the playoffs, setting up a date with freshly reformed Evil Geniuses in the first round. In a repeat of their lower bracket finals match from the Shanghai Major, Liquid blew past EG with a clean 2-0, followed by another 2-0 against OG to punch their ticket to their third consecutive grand finals appearance.

Without a single series loss all tournament, Liquid engaged in a fierce series against Newbee. The lone Chinese competitor came in with red-hot win streak, earning their spot in the grand finals with a brutal campaign that started in a play in series that came before even the group stage. Battle proven, Newbee would be a worthy opponent for what would become a climatic ending.

Liquid’s unbroken match streak would hold strong, taking the series in dramatic fashion with a 3-2 series victory. With their second LAN win since the team’s formation after TI5, after defeating OG at The Defense 5, they take home the lion’s share of the biggest prize pool from a non-Valve event. More importantly, however, Liquid proves that they are capable of handling the best that the world can offer and come out on top. Finishing above both the Frankfurt and Shanghai Major champions, the reigning International champion, as well as the team that now holds the longest win streak in professional Dota 2 history is no small feat in the team’s greatest victory yet.

For now, we rest, strategize, and prepare for the looming Manila Major, coming in just a few short weeks. In a field that has the most direct invites for a Valve event since TI3, the team’s sheer prestige that Liquid will face will be their biggest challenge yet. If Epicenter is any indication for this team, then you can expect yet another dominating show from our boys in blue. 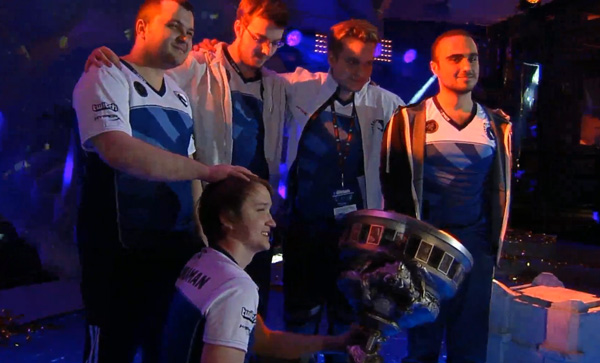 Writer // DoctorHeckle
Photo Credit: // EPICENTER
Please log in with your teamliquid.net account to post a comment.
CS:GO | Valorant   Soulcas: Step up to the site and die again Soulcas has had one of the hardest careers in the tactical FPS. However, the fire has forged something in the player - an ability to flex and play unique and difficult roles for the team. His arc as a player isn't only one of the most interesting in esports, but one that may be the difference between success and failure for Liquid.
Valorant   Nivera: Quest to completion Nivera opened his Valorant career with an ace in his very first professional round. But for him, aces and outplays aren't what the game is about. Through versatility, strategy, game sense, and innovation, Nivera looks to make himself one of Valorant's legends.
Valorant   Liquid in Valorant: The Full Timeline (ft. Sliggy) Follow Sliggy deep into the annals of Team Liquid Valorant and the UK CS scene to learn about the team's entire history. The journey goes all the way from Fish123 to Champions, featuring unique information about roster changes, highs, lows, innovations, and scrimmages.
Dota 2   Zai talks Liquid, Secret, the DPC, the meta & Matu One of the best offlaners in the world, Zai's move to Liquid was one of the biggest in the offseason. See what the man himself has to say about his Liquid, Secret, the meta, the DPC, Marci, Manchester, matumbaman, and more!