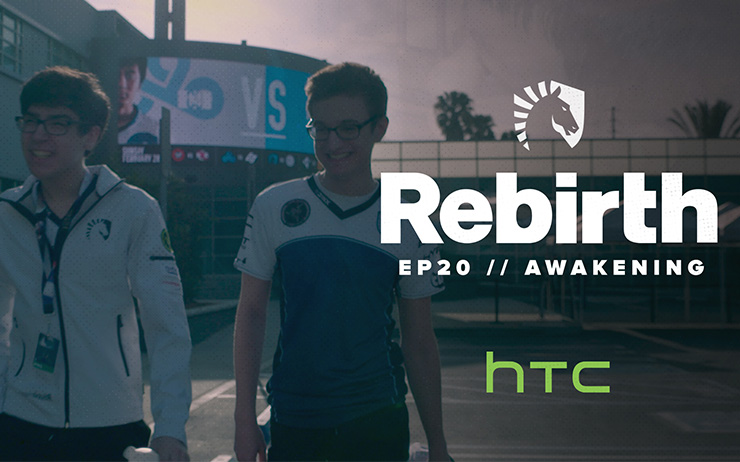 Esports psychology trainer Weldon Green bootcamps with the team for a week in order to change the team's negative mentality. Meanwhile, Lourlo struggles with his supportive role on the team. Can he put his concerns aside in order to take down Team Solo Mid or will the team crumble at the most crucial time of the split?

Please log in with your teamliquid.net account to post a comment.
The Alienware Training Facility: Now in EU! This is where it all started. 20 years ago, our co-CEO Victor Goossens founded Team Liquid in his bedroom along a quiet street in Utrecht. Today, we're officially moving to the heart of the city into a new home: the Alienware Training Facility in EU. After 2.5 years of planning, building, and preparing, it's finally ready.
Smash   Liquid Rivalries: Super Smash Bros. Melee Chillin and Ken look back on trash talk and East Coast and West Coast rivalries in early Melee.
StarCraft 2   Team Liquid x Zoomph Team Liquid is excited to announce a brand new partnership with Zoomph. What is “Zoomph” you ask? Zoomph specializes in esports and sports analytics while providing best-in-class, AI-based insight to help teams better understand their social media audiences and help measure the impact of their brand partnerships.
League of Legends   Liquid Rivalries: League of Legends The steep fall makes the climb even more rewarding.