Today, we present to you the very first bits of news from our Heroes of the Storm camp in 2016.

Looking back at 2015, we are proud of our team's incredible year. We went from one end of the world to the other, from tournament to tournament, establishing ourselves as one of the very best teams in the world. That being said, it is no secret that we were all devastated when we didn't manage to qualify for the World Championships at BlizzCon. That prompted us to make changes to the team, and we said goodbye to three of our players—Blackscorp, FalcoN and GranPkt—before welcoming three new ones—Cris, GerdamHerd and Lowell. We competed at DreamHack Winter with this lineup and had a great event, placing second behind Fnatic after some incredibly tense games that went on into the middle of the night. While we were very happy, we are again making changes to our Heroes of the Storm division; LucifroN and VortiX are leaving our Heroes of the Storm team.

It's not all sad news for the fans of the Durán brothers, however. VortiX will make a comeback to StarCraft 2 and continue to be a full-time progamer under the Liquid flag. We are ecstatic to see VortiX return to StarCraft. He is someone we had always admired during his career, and we always viewed him as a player that we wanted on Liquid. That of course became a reality when Juan joined us in Heroes of the Storm, but if the stars had aligned between 2012 and 2013, you would have been able to see Juan and his brother wear the blue jersey already back then.

LucifroN, however, has chosen a different path from his brother. He has decided to stop being a full-time progamer and instead focus on finishing his bachelor's degree. While it's sad to see the Durán brothers finally part ways, Pedro will not be leaving the game entirely. He will continue to play StarCraft 2 for fun when mood and time allows it, and he will still wear the Liquid name as some of our other legacy players (Jinro, HayprO, Zenio, etc.) have in the past. Who knows, you may even get to see him at a tournament.

That leaves the question, what is happening with our Heroes of the Storm team? We have over the past two weeks been looking at our options, had internal meetings about it and are in the process of trying out a couple of players. As soon as we have solidified who we will bring onto the team, we will let you know. 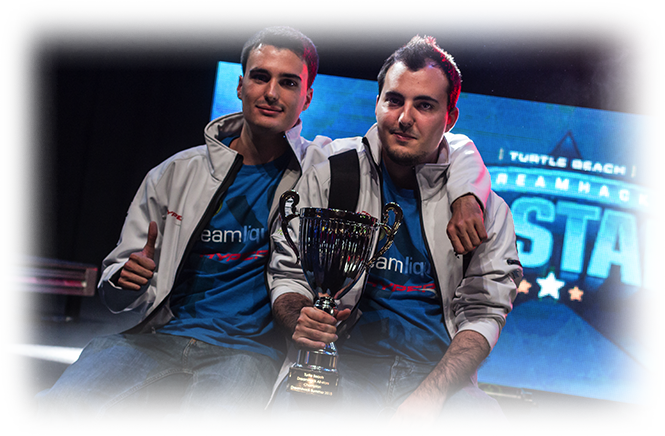 First of all, I have to say that I'm grateful for the time I've spent in Heroes of the Storm. I've met a lot of nice people, I've experienced how it's like to compete in a team game, and I've had lots of fun. The Game has a very healthy community and I'm sure it will grow even bigger next year. However, I'm a very competitive player and in my opinion, the game is too team dependent and the individual skill cap is too low for my tastes. The ladder matchmaking also slowly burnt me out over the past few months.

On the other hand, watching SC2's DreamHack: Winter tournament made my whole perspective towards the game change. I felt it fit me much better and I found it much more entertaining than HotS or WoL. My desire to go back to SC2 slowly kept growing, and after WCA I made the decision to switch back. Also, the chance of being able to do it while on Team Liquid, one of the teams I had always admired the most in SC2, makes it even more interesting and exciting.

My motivation and mindset towards the game and towards competition overall are much better than what they had been. Once I'm used to the new expansion, I fully expect to do better than what I had accomplished before this 1 year break. I've already been playing for the past few weeks and the sensations are good. When I retired I said, "I'm pretty sure sooner or later SC2 will catch my attention again and I'll be there to show the best level I've ever had." Hell, it's about time.

After a very successful year in Heroes, I've decided to quit the game. The main reason for this is that I no longer enjoy playing as much as I used to. Even if scrims were fun, laddering has always been—in all the different games I've played—my main source of practice and the one I used to enjoy the most. That's just something I couldn't do in Heroes. Maybe I'm too used to solo games, but playing Heroes League was very frustrating for a number of reasons that aren't worth going into detail right now. However, they are very obvious to anyone who has played HL at a high MMR.

Another important reason is that I want to finish my bachelor's degree this year, so playing a team-based game could be tricky in terms of scheduling scrims, attending tournaments, etc. Back when I played solo games, I could choose whether or not I wanted to attend a tournament or what days and at what time I would practice, giving me more control over my time. This is obviously different in team games.

Even if I see Heroes get bigger through 2016, both in terms of popularity and prize money, I realized that team games are just not my sort of thing when it comes to competition. However, I still believe that the game has a lot of potential and the problems Heroes League has will be solved in the near future. At this point I'd like to clarify that I'm in no way blaming any of my past or present teammates at all, as I consider all of them very helpful and easy to play with. It's just that playing team games is not really my thing.

So, for those wondering about my plans for 2016: I'll focus on finishing my bachelor's degree and play some SC2. I still don't know whether I'll try to go pro again while studying or if it will just be for fun.

I'd like to thank Team Liquid for their support throughout the year. They were one of the first organizations that invested in Heroes and have been very helpful and friendly to me during this time. I would also like to wish my teammates good luck. I'm sure they'll do great.