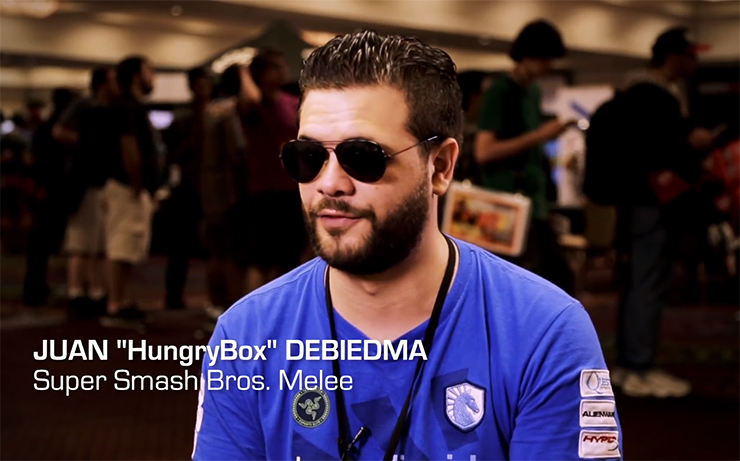 Our Juan "Hungrybox" Dedbiema was interviewed by Red Bull Esports about his performance during the 2015 season. It's been a bumpy road for our Smash God but without a doubt, we can proudly say it's been his best year yet.

"By all accounts, Hungrybox has been very successful in 2015. At nearly every major tournament of the year, he’s made strong runs all the way into Grand Finals. But first place has been hard to come by: outside of MLG New Orleans which featured only one other Big Six player, Hungrybox and his Jigglypuff have fallen just short of the top spot.

But this weekend at DreamHack, he finally broke through. After an excellent tournament Hungrybox took down one of his biggest demons, Armada, to win DreamHack outright. The emotion on his face was unmistakable: he had finally done it. After our talk with him, it became incredibly clear: this was no fluke. With a new approach and some help from a close friend, Hungrybox is in top form and ready to take on all comers."

Interviewer: // Barret Womack
Video Credit: // Red Bull
Please log in with your teamliquid.net account to post a comment.
League of Legends   CoreJJ: Death Of Pride // Birth of Skill "If I lose many games, I'm gonna keep playing till I win. If I win enough games, then I just watch Netflix or YouTube."
League of Legends   Jatt: Beating the Team in Front of You "Your preconceived notions of Worlds doesn't matter. What matters is beating the team in front of you."
League of Legends   Broxah: Believing is the First Step "I came to Team Liquid with two goals. One was to win LCS. The second was to be part of the first TL team to get out of group stages at Worlds."
League of Legends   Journey: Dragons, Knights, and Team Liquid Welcome to the journey of Team Liquid’s League of Legends’ team as they head to the Worlds Play-In Stage.