Team Liquid Heroes gathered in Jönköping, Sweden yesterday to compete in the DreamHack Winter 2015 All-Stars tournament. This was the first chance the new roster has had to prove itself in an offline setting this year and they did so in an exceptional fashion.

The team started out the event with some unconventional drafts against G2 Esports, out-sustaining their opponents with a triple support composition featuring a Seven-Sided Strike Monk built for DPS. In fact, over the entirety of the tournament, Team Liquid picked Monk 9 times out of all 10 of their games, utilizing the hero as a solo support in five of them.

After breezing past G2, Liquid met defeat at the hands of the new Fnatic 0-2. However the team managed redemption by blowing past G2, a series that was played out until nearly 3am. 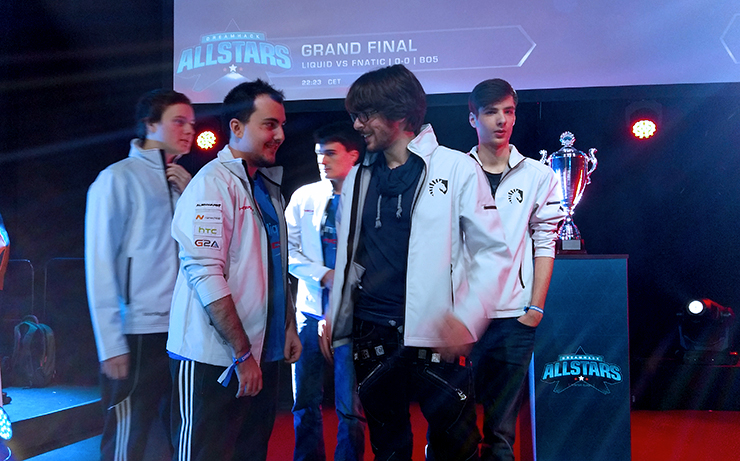 The playoffs the next day were exciting to say the least. With a nail-biting 4 game series against the BlizzCon runners up Team Dignitas, the team was put to the test. With the series at 1-1, game three saw Dignitas push into the TL core with a boss and man advantage. TL Navigated a 4 v 5 into a team wipe to miraculously win the game. The last game of the set saw a staggered base race that ultimately went the way of TL thanks to King Leoric's respawn trait that allowed Cris to finish off the core. It was one of the most exciting series of the tournament, and you should do yourself a favor and watch this series if you missed it.

Advancing to the grand finals, TL earned a rematch against Fnatic, and they wanted revenge. Some crazy drafts saw Thrall, Lt. Morales, and The Lost Vikings come out to play. While the series was close, Fnatic managed the win 3-1 with some excellent team fight mechanics. All in all, it was a great showing from a newly formed roster.

While not to discount the squad's early success, the rest of the teams attending were in a similar boat—with each team having at least 1 new member. The slew of player changes was due in part to the lifting of the imposed roster lock during the Road to BlizzCon once that event had completed.

Next up, the team will travel to China on December 14th to attend the WCA Global Finals where they will face international competition. The team will have another crack at the Korean MSI MGA Champions from earlier this year, MVP Black, as well as a rematch against the BlizzCon World Champions Cloud9.

Writer // Dylan "Dylux" Walker
Photo Credit // Brittany Lattanzio
Please log in with your teamliquid.net account to post a comment.
League of Legends   CoreJJ: Death Of Pride // Birth of Skill "If I lose many games, I'm gonna keep playing till I win. If I win enough games, then I just watch Netflix or YouTube."
League of Legends   Jatt: Beating the Team in Front of You "Your preconceived notions of Worlds doesn't matter. What matters is beating the team in front of you."
League of Legends   Broxah: Believing is the First Step "I came to Team Liquid with two goals. One was to win LCS. The second was to be part of the first TL team to get out of group stages at Worlds."
League of Legends   Journey: Dragons, Knights, and Team Liquid Welcome to the journey of Team Liquid’s League of Legends’ team as they head to the Worlds Play-In Stage.