November 25 2015
Beginnings are important. They are our point of origin. A benchmark to let us know and remember where we started and how far we've come. Fruitdealer will never be among the greatest players in the pantheon of SC2, but he will forever be remembered for his underdog run in the first ever GSL Open in 2010. No matter how far HD and Husky have moved away from SC2, everyone will always remember them for their HDH Invitational. Origin stories are enjoyed not only in SC2, but also around the world. New years eves and birthdays are celebrated across the world over as a renewal to each year of one's life.

In 2011, url=http://wiki.teamliquid.net/starcraft2/Bunny]Bunny[/url] took his first steps into the world of competitive SC2, not as a player, but as a spectator and fan. He created this semi-famous tribute to MC that we should all watch again:

Soon, he would translate those skills into the game itself, first under BLAST then under Vega Squadron. His official career in Premier competition commenced with Copenhagen Wolves when he qualified for WCS EU S1 2013 with an amazing show of mechanics. That burst of skill and potential would eventually be realized in Heart of the Swarm, where he would become the best foreign Terran and one of the greatest foreign players in the world.


Unlike Bunny's measured climb, TheLittleOne was a hit from the very beginning of SC2 Beta. In 2010, TLO played a very famous match against Team Liquid's own Nazgul where he became renowned for his creative play with Terran:

The game impressed Nazgul so much that TLO was signed soon afterwards. Dario continued to show impressive games as both Terran and Zerg throughout both WoL and HotS. He ended the second expansion as a very consistent foreigner and one of the best Zerg foreigners, and odds are he'll be instrumental in the development of the metagame early in Legacy of the Void. 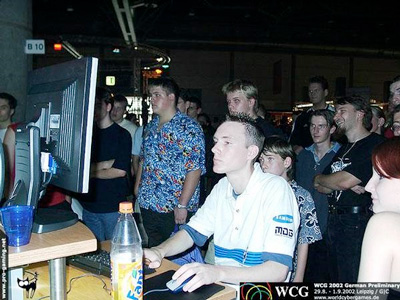 At Dreamhack Winter, it will be a new beginning for everyone in Europe. It may not be the first LotV LAN tournament (that was GPL last week), but it will be on one of esports' grandest stages possible. Snute has already cemented his status as a front runner in LotV with his victory at GPL over the likes of Flash, Jaedong, Lilbow and iAonsu. It will now be Bunny's and TLO's turns to make the same grand debut here in Jönköping.

Writer // Stephen "Stuchiu" Chiu
Graphics // shiroiusagi
Art Credit: // Blizzard
Please log in with your teamliquid.net account to post a comment.
League of Legends   CoreJJ: Death Of Pride // Birth of Skill "If I lose many games, I'm gonna keep playing till I win. If I win enough games, then I just watch Netflix or YouTube."
League of Legends   Jatt: Beating the Team in Front of You "Your preconceived notions of Worlds doesn't matter. What matters is beating the team in front of you."
League of Legends   Broxah: Believing is the First Step "I came to Team Liquid with two goals. One was to win LCS. The second was to be part of the first TL team to get out of group stages at Worlds."
League of Legends   Journey: Dragons, Knights, and Team Liquid Welcome to the journey of Team Liquid’s League of Legends’ team as they head to the Worlds Play-In Stage.