James O’Connor recently joined Team Liquid as the head coach for the CSGO team. His presence was immediately felt. Improved play from the team, 1st at the iBUYPOWER invitational, and a chance at qualifying for a major at DreamHack Stockholm... It all happened so fast. But how can one man make such a difference? It’s difficult for fans to realize the power and potential of a solid coach. After all, how can someone looking from the outside-in improve players that don’t have the voice of a coach once they’re actually in the game?

We had a moment with James to find out more about this, his past, and what he’s brought to the team.

Before becoming strictly a coach, James dabbled in a lot of Counterstrike of his own as a player.

“I have roughly ten years of invite level Counterstrike” James told us. “I formed the best team you could have at the time, when I was playing a few years back, which consisted of myself, mOE, DaZed, Hiko, and PineKone. We were basically unstoppable."

But for James, there was the business portion of devoting his time to CS:GO that he had to think about, but it just would not happen despite his best efforts.“I couldn’t get a sponsor, and I ultimately became frustrated,” he says.

And sadly, James would quit the game to live normal, non-gaming civilian life because of it.

“THERE WERE JUST A LOT OF PROBLEMS.”
But sometimes, stories do have happy endings, or at least new beginnings that lead on to a sequel. After taking a break for nearly 3 years, 3 whole years of zero gaming, James would be tasked to join Team Liquid as their head coach. The moment he stepped foot on the team, he saw problems and took measures to solve them.

“There were just a lot of problems,” James says, trying to condense the big picture into just a few words. “When I joined the team, Elige felt like an outsider, he hasn’t made friends with the team. They don’t listen to him. And AdreN was underwater. He had so much experience but he couldn’t articulate or translate that experience into something that would impact the team.”

But that was it. Team liquid was hardly a team. It was merely five players with greater potential that just happened to be playing under the TL banner. Everyone had different experiences and different motives that were completely independent of each other.

James continues, “Nitr0 had no role identity either. He was trying to fix problems, but perhaps didn’t know how. He was emotionally charged and seemed frustrated.”

But so was everyone else. The whole team was frustrated. Team liquid itself as an organization didn’t put any more pressure on the team to succeed than the players have placed on themselves. Obviously they want to see results, but TL wanted to take measures to improve the team rather than blow it up. The team needed progress so that they could see the light at the end of the tunnel. “They needed to change,” James says.

“The team was under pressure to make some progress. And it wasn’t about the organization. TL was supportive; they needed progress to become motivated. The team. It was going to die with one major communication breakdown. It would’ve happened,” James admits, looking back at the team’s former structure. “I needed to channel my energy to the pool of young talent in Elige, nitr0, and Fugly then boost AdreN’s ability to lead them.”

And that’s exactly what he’s doing. 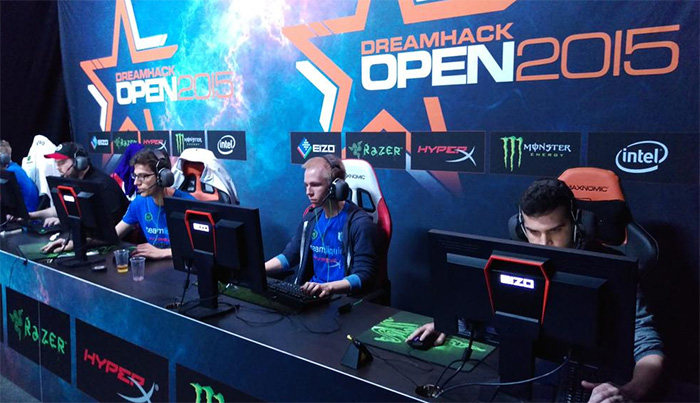 Much like any team, each player has different motives and philosophies. Often, these motives can be seen as selfish. But to James, it’s extremely important everyone knows each other at that basic level.

“The first thing I did was create a channel for everyone to communicate and vent,” James told us. “The team has desires that are true and selfish. But I feel teams need to say their point of view, even if it's selfish because somewhere in the middle is the truth. So I got everyone’s perspective and created a true picture of the reality on what the team needed to do.”

But it was evident the team needed a backbone then James immediately sought to make AdreN a better IGL (in-game leader) and move the pressure off his shoulders. After all, AdreN is 25 years old and he's on a team with all 18-20 year olds.

"I feel AdreN has the tools needed to be a good in game leader but maybe he forgot how. He doesn’t know how to effectively articulate that knowledge into something that benefit his team," James says. "So we sat down to see if we could break that down. We added things to his vocabulary. I think he’s really smart but he over-thinks things. I tried to slow him down and make him think straighter. Prior, he would rush things, get excited, but sometimes throw because of it. Instead, I want to channel that positive energy."

And it's true. There were a handful of games where the team would be up a significant amount of rounds, but lose hold of the game. But it's not just about the obvious--making AdreN a better leader--that matters to James. He wants everyone to take initiative and be responsible for a piece of the team's success. In the past, if it wasn't AdreN's way, it wasn't any way, but that wasn't ever his fault. 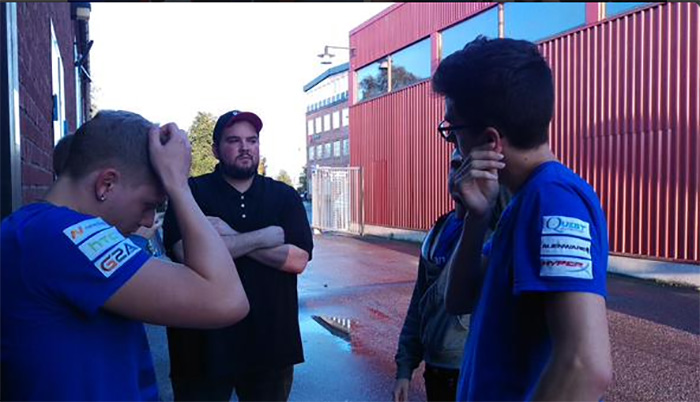 "Not everyone is at AdreN’s level strategy wise, so the team basically just followed him around," James tells us. "So I brought on Hiko, who's an excellent player and also around the same experience level. It takes a load of AdreN's shoulders to be the sole leader of the team."

He continues, "But I want responsibility delegated to everyone. Instead of saying 'hey, we need to watch flanks more' or something, I say specifically "Hey, Elige, why weren't you watching the flank right there, why weren't you making calls.' I’ve been trying to ask them how they would do it better, and if they give me a shitty answer, I provide suggestions."

Before, if you generalized the team as one unit and told them to watch points, everyone assumes everyone else is doing it. Then they just didn't do it. James pinpointed targets and made them responsible for individual actions. "Basically, if we were doing poor at something, I want someone specific to take care of it and slowly, after delegating responsibility, Fugly, Elige, and nitr0 started to make more and more calls. Baby steps"

Now that each piece of the puzzle is stronger, the next thing to do was unify the pieces.

"Everyone on the team has a friend. Fugly and nitr0 are always together," James tells us. "Then when I brought on Hiko, he helps ELige with his homework and other things, so they're sort of bonding. AdreN sort of has me. Most important was making the young talent happy. Elige now sort of looks up to Hiko and that raises the bar for him. Hiko is a good player, and Elige wants to match that. These types of things are important."

And as James describes it, Team Liquid sort of represented as mis-shapen skeleton. The bones were there but they formed off bad habits. He came in and broke those bones. He wants a more up-right Team Liquid squad.

"I've been a coach for long before joining Team Liquid," James says. "I've taken nine teams to the invite level. Now trying to take this team from somewhere, to somewhere better." 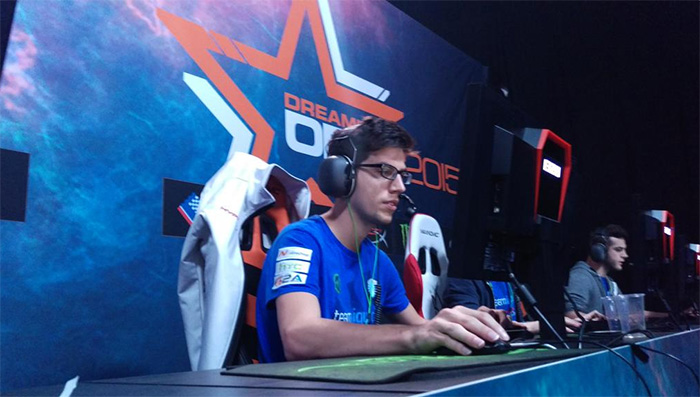 Moving towards the future, James just wants one simple rule to be followed:

"I expect a winning attitude," James says. "Even if we win only three rounds in a whole tournament, I want them to bring back clean tape. Clean demos. And then try and make the next step to winning games in the future. They need to focus on rounds won. Step by step."

Because it's not about winning. It's how you win. If the team focuses on the end goal, you won't make changes to the process.

"I appreciate the fact I was brought in to support the team," James says. "Team Liquid has done a great job supporting their teams."

Don't forget to keep coming back to Team Liquid Pro to track the team's progress and for the latest in TL news, features, and events!

By day, Ken Serra wrangles the writers at Team Liquid Pro, by night he's a gaming robot having beaten and reviewed upwards to 500 video games in his time (and still wrangles the writers at Team Liquid Pro). He's tried going pro at video games before but stopped. Since then, neither Pikmin or Animal Crossing have entered the pro circuit. You can follow his derpy shenanigans on twitter @TL_Chaobo

Writer // Ken Serra
Photo: Dreamhack
Graphics // Shiroiusagi
Please log in with your teamliquid.net account to post a comment.
League of Legends   League of Legends Management Update Artress is stepping down from his position as Team Manager for our League of Legends roster with Coach Dodo and Fasffy taking over his duties.
League of Legends   Locked and Loaded: Team Liquid enters Free Fire We are excited to announce that we are taking our first steps into a new esport — we’re entering the world of Garena Free Fire.
League of Legends   Raise Your Subs to Another Three Years We couldn’t get enough subs during our championship-filled 2019 season. In fact, we want even more turkey and provolone as we speak, during this announcement. So it only makes sense to extend our partnership with North America’s favorite sandwich shop, Jersey Mike’s Subs, through 2023. That’s three more years of subs - and content, of course.
Fortnite   Meet the Maestro: Mitr0 joins Team Liquid Many of you will know him for his dominant online performances across 2019, and stellar duos showing at the Fortnite World Cup. We’re pleased to announce that Mitr0 has officially joined Team Liquid!