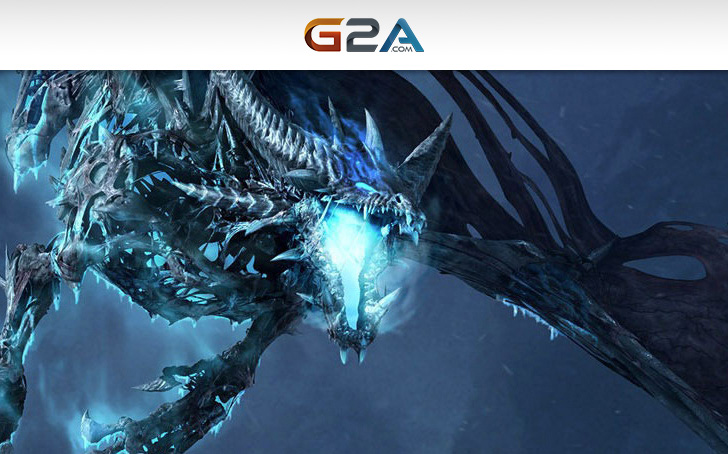 Hey guys, TGT is around the corner and I hope everyone is as hyped for the release as I am. In my opinion, Hearthstone is always at its best right when new cards are released. Everyone is trying to break the meta with new cards and the meta is not yet set. These are the times when the skill of deckbuilding is most rewarded.

Last expansion was a little disappointing in terms of deck building. The promise of Dragon-based decks had me very excited because everybody loves Dragons and I like playing late game decks. As a result, I tested many different builds but the density of good cards just wasn't there. Judging by this spoiler, however, I think we may finally be in a place where they can work.

The plan for this article was to write about my favorite cards from The Grand Tournament. As it turns out, they are all Dragon based so let's get into it.

Another card which get's helped by Twilight Guardian!, A two mana 2/3 is not even as bad as you might think. Currently, these are actually good stats to have as two-drop. Alexstraza's Champion trades 2-for-1 with most Hunter decks and their 2/1s in Abusive Sergeant and Leper Gnome and sometimes Worgen Infiltrator. Alexstraza's Champion even trades with Scientists and the occasional Huffer.

That's just on the basic mode, when you play it with the ability Alexstraza's Champion is just amazing. Every deck in Hearthstone would play a two mana 3/3 with Charge: it's a Dark Bomb that can hit twice. Charge mode will also help against Freezing Traps which can occasionally be awkward for Warriors.

The worst case scenario for Alexstraza's Champion will be trading 1-for-1 with a Knife Juggler. Even this trade, however, should not make you unhappy since Jugglers have to be dealt with and you will be in better shape as the game progresses.

A 2/6 at four mana is very lackluster, but if you have a Dragon, the Twilight Guardian suddenly becomes a force. At 3/6 with Taunt we have the perfect stats right now for a four-drop in a defensive deck. Six health is the key as it deals with Shredder-Hero Power: this makes our Dragon a direct counter to the most common four-drop in the meta. Druid, Rogue, and Mage all run Shredder in their four-drop slot and can trivially deal one damage. Twilight Guardian is also conveniently out of range of the following very popular plays:

Fireball is the only thing that really handles this and even that is a 1-for-1 trade.
In addition to being the perfect size, Twilight Guardian helps in that it's a Dragon itself. The only downside in this regard is that if you play him on four as a 2/6 you can be missing the Dragon for the Blackwing Corruptor on five. On the flip side, Warrior really did need another four-drop in addition to Death's Bite.

Chillmaw is amazing not only due to its cool art but it fills the seven-drop spot which previously only had Dr Boom. This Dragon also has perfect stats at 6/6 and Taunt so it's not too slow and doesn't die to Big Game Hunter. If that wasn't enough, there is also a build in Hellfire that doesn't hit your face! It also goes without saying that the sub-type Dragon plays right into the deck we're building.

In the current meta, Chillmaw will also help counter Patron Warrrior. If you bait out all Executes there is no way they can combo past this Taunt.

Classes and Their Dragons

The classes which will benefit the most the new Dragon decks are Warrior, Paladin, Druid, Mage, and Shaman. You can tell that Blizzard wants Priest to be "the Dragon class" but they just seem to be missing a couple pieces currently.

So how does it all come together. While it is impossible to tell before playtesting, here is my initial draft of a Dragon Warrior deck for post-The Grand Tournament. I've touched on most of the cards already but one I didn't was Sparring Partner. This is a great card with multiple levels. Not only does Sparring Partner do work on defense, he can also give enemy minions Taunt to get them out in the open and can also combo with The Black Knight. 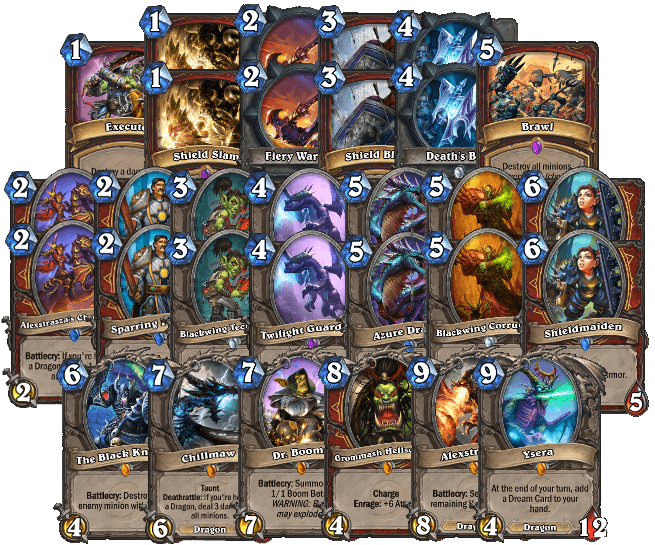 Presented By: G2A.com
Writer: Liquid`Sjow
Graphics & Format: Hayl
Art Credit: Blizzard
Please log in with your teamliquid.net account to post a comment.
Rocket League   TL hits the road with Hercules Tires Cars are cool. But tires are how you go places. Team Liquid joins up with historic tire brand Hercules to buff up our Rocket League tournaments.
League of Legends | Smash | Dota 2   What in the hell is a Dota 2? (BSJ will tell you) "What in the hell is a Dota 2?" you ask. Don't worry. BSJ will tell you. Learn about Dota 2, BSJ, and a few other related things in this very straightforward guide to the world's most broken MOBA.
Smash   Melee was Never/Always Lonely In Melee, competing can feel lonely even when everything the scene has comes from community. Logan sees a metaphor for the odd mingling of isolation and community through the car ride home after the local and looks deeper into how communities are built through an interview with TO DarkGenex.
StarCraft 2 | Hearthstone | Smash | Dota 2 | Apex Legends | Valorant   TL x IMC x Room to Read: A Streamathon Reflection This year, Team Liquid joined in on IMC's efforts to raise funds for a good cause: literacy and education! IMC has been supporting Room to Read for 6 years now by donating a day of profits to the award-winning literacy and education non-profit. This year, Liquid joined in with a 24-hour streamathon that raised over $8,000. We reflect back on the event, thank the wonderful athletes and creators who helped out, and look to do more in the future.