Sjow's Look Back at the First Two Weeks of ATLC 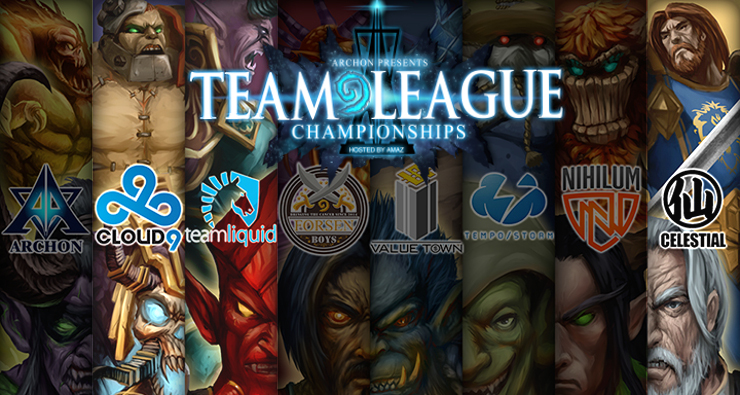 The Archon teamleague kicked off last week and Liquid wanted to be ready. The prize pool for this event is so big that the team really wanted to hit the ground running.

After the first two weeks of play Liquid is currently 1-1. While a 2-0 would have been nice we started with hard matchups against two of the league's strongest teams: Team Celestial and Cloud9. Looking back on the opening weeks of games we asked Sjow to give his thoughts on the team's approach.

The biggest and most hyped Hearthstone tournament up to date outside of Blizzcon has just started. It is the Archon Teamleague Championship and Savjz, Neirea, and myself are representing Liquid.

Personally I was really hyped for it, not only because of the insane 250k prizepool, but also since I have always been fond of teamleagues from my former eSports games like Warcraft 3 and numerous teamleagues in SC2. I remember watching the first ESGN Hearthstone Teamleague when I was new to the game, and thought to myself that would be awesome to participate in. Now over a year -- and one ESGN -- later I finally get my shot!

While Hearthstone is a solo game at its core, having a good team to work with does have a big impact on your success in tournaments. I learned this in my WC3 and SC2 career when the teamspirit was high we often did well even as underdogs on paper. In Hearthstone it is even more important because knowledge and strategy can be shared: in other games mechanics might be more of an issue.

Week One: Liquid vs Celestial

Our first match scheduled was against Team Celestial. This team quietly has one of the best rosters in the game with Tiddler -- considered by many as the best player in Hearthstone -- leading the squad as captain. Celestial aslo features Silentstorm who is an ESL champion and has other major titles likes Prismata under his belt. Finally there is Frozenice who qualified into the Blizzcon 2014 finals.

The deck preparation was pretty tricky since it is hard to research opponents from the Asia server and Silentstorm is streaming less. so its hard to scout what hes been up to lately other than hes recent tournaments. We decided to just bring strong and stable ladder decks for this match because of the unknown factor of Team Celestial.

In this format, each player has two classes in a best of eleven Conquest match and you lose two matches in a row you are benched. A player is only allowed off the bench after one of their teammates has won a match. We therefore came to the conclusion that trying out the format against another team was most important for our first match so we know exactly how to queue up our decks and which to strategies and expect from our opponent. We simulated a series against team h2k / London Conspiracy which really helped so huge thanks to them!

Preparing for Cloud9 we could actually research them a little more than against Celestial. We ended up going with close to the same lineup as Week One against Celestial since it still looked very good on paper. Playing with decks and classes you know is rarely a bad move after all.

In the end, however, Druid was the weak link for us. I think many pros have been experiencing this lately with Druid. I have also found Druid to be lacking of late despite its high win percentage. On paper Druid looked to be a fine choice in the matchup since Cloud9 was running Freeze Mage and Malygos Warlock -- both good matchups -- and no Zoo or Mech Shaman. Despite this, however, Druid could not buy a win. There were multiple games where Savjz made strong plays only to be punished by narrow outs. Against a favorable matchup in Freeze Mage, for example, Savjz broke an Ice Block very early only to be frozen out for multiple turns in a row.

At the end of the day, having to pick six decks is a lot. Every team is going to be forced to play at least one bad deck and ours stumbled this week. That said it was still a good learning experience and we'll be looking forward to future weeks.